On July 25, 2020, the Coronado Democratic Club elected a new President and Vice President. 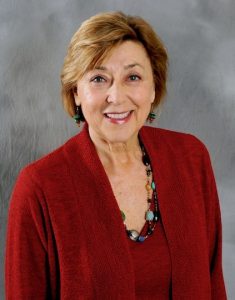 Susan Marrinan, elected President, has resided in Coronado for 43 years. Her children, Dana and Blake Finlay are graduates of CHS as are her grandchildren Henry, Sophie, and Jack Arbaugh, and Jackson Mills. A granddaughter, Sophia Mills, is a senior at CHS. Susan’s husband, Mike, is a civil rights attorney and her son-in-law, Brad Mills, is completing his Juris Doctorate. Susan is a retired San Diego Superior Court Judge. After retirement from a long career on the bench, she worked with the National Association of Drug Court Professionals helping national and international jurisdictions establish drug courts as a restorative justice alternative to imprisonment. She currently serves as Board President of the non-profit Our One Community, which serves the medical and educational needs of the Maasai in North-Eastern Tanzania.

The duties of the Club President include chairing meetings and being the representative and spokesperson for the club. Susan looks forward to meeting the challenges presented to our community during these unprecedented times. 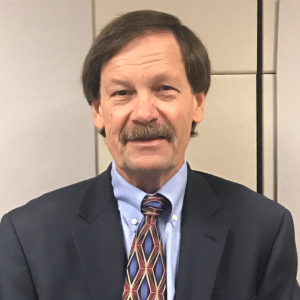 Brian L. Trotier, elected Vice President, has been a resident of Coronado for 18 years and has an undergraduate degree in Administrative Science from Yale University and a Juris Doctorate from the University of Cincinnati. He has over 40 years of experience (in both private industry and government) in law, real estate development, property management, investment, corporate finance, distressed asset acquisition, crisis management, sales and marketing, business turnarounds, homelessness issues, and affordable housing. He has served on numerous non-profit boards in leadership positions and currently serves as a board member for the Logan Heights Community Development Corporation. As Vice President, Brian’s duties include planning programs for the membership and acting in the absence of the President.

Patrick Callahan, the current Treasurer, is an attorney and he and his wife Deb are long-time Coronado residents. Patrick comes from a distinguished Coronado family that has served Coronado for many decades. His name may be familiar because his father, C. Patrick Callahan, served as a Coronado City Council Member and Mayor, from 1974-1984. His father also served on the Coastal Commission and Democratic Party Central Committee. His uncle, Joseph W. Callahan served on the Coronado City Council from 1962 to 1964 and 1967 to 1974. Both his father and his uncle were retired Naval Officers.

Ann Rutherford, current Secretary, moved to Coronado 15 years ago with her Navy pilot husband, Bob. Before taking on the responsibilities of a Navy spouse, her career in Human Resources included Myers Briggs psychological assessment, restaurant training program design, management training, leadership and communication workshops, and motivational speaking. Her college degree is in art history and she has curated art for the Matarango Museum in Ridgecrest, CA, and organized charity art auctions in the Central Valley. Working at a local independent bookstore, Bay Books, she was immersed in books for 10 years. Until recently, she was a small business owner dealing in upcycled vintage décor. She has worked in child abuse prevention at the county level, developing programs and answering helplines. Volunteer work has included Wings over America scholarship committee and Chairman of the greater Kings County Navy Relief program. Her only daughter, Madison, attended middle and high school in Coronado and is a San Francisco State graduate working as a magazine editor in Phoenix, AZ. Ann joined the Coronado Democratic Club to become more than just a bystander in today’s political climate.

It's been two years since thousands of Coronado residents took part in the first-ever, centennial zip code celebration for Coronado: 92118 Day (9-21-18). This...
Read more
Business

On Friday, August 7, a special ceremony was held at Sharp Coronado Hospital to mark the 50th anniversary of the dedication of the four-story hospital tower,...
Read more
Entertainment

“You’re not a dish, you’re a man.” That’s the opening line of an ad for Dr. Squatch Soap Company that was named the top-performing direct-response...
Read more

Sharp HealthCare, and its health insurance subsidiary Sharp Health Plan, will be the first health system to have early access to Amazon Halo. As announced by...
Read more
Community News

Sharp Coronado Hospital is pleased to announce it has been named a 2020 Guardian of Excellence Award® winner by Press Ganey. The Guardian of...
Read more
Community News

The Public Advocates Office, the independent consumer advocate at the California Public Utilities Commission (“CPUC”), applauds the CPUC decision that will make water bills...
Read more
Letters to the Editor

Submitted by Rick and Lanette PerrymanPerhaps at no time in our community’s history has there been such an overwhelming need for sound leadership, and...
Read more
Community News