Late this afternoon in Coronado, two separate peaceful demonstrations were taking place. One at the corner of Orange Avenue and Sixth Street where a small group of women were quietly holding signs and nodding appreciation as cars honked in support.

A few of the women shared that they lived in Coronado and came out today share the Black Lives Matter message so that no one forgets about the discrimination and injustice that continues in our nation. They feel strongly that the message not get lost or buried as it has so many times in history. One woman shared that she’s protested in the past for change and yet “here I am again.”

Some of the signs speak for themselves:

In a more lively demonstration at the corner of Fourth Street and Glorietta Boulevard, near the eastbound entrance to the bridge, a boisterous group of high school students were encouraging Black Lives Matter support from cars driving by.

Maxine Antoine, a freshman at Coronado High School, was proud to be the unofficial leader of the group. She shared that she was discouraged on Sunday when the bridge was barricaded and peaceful protests did not make it to Coronado, so she went out on her own. Friends started showing up to support her, and others too that she doesn’t know that well.

Maxine said that the oppression has been going on for too long and it’s time for it to stop. When asked about the support from the cars driving by she said it’s mostly positive with honking and cheers, but there have been a few rude comments yelled out as well. 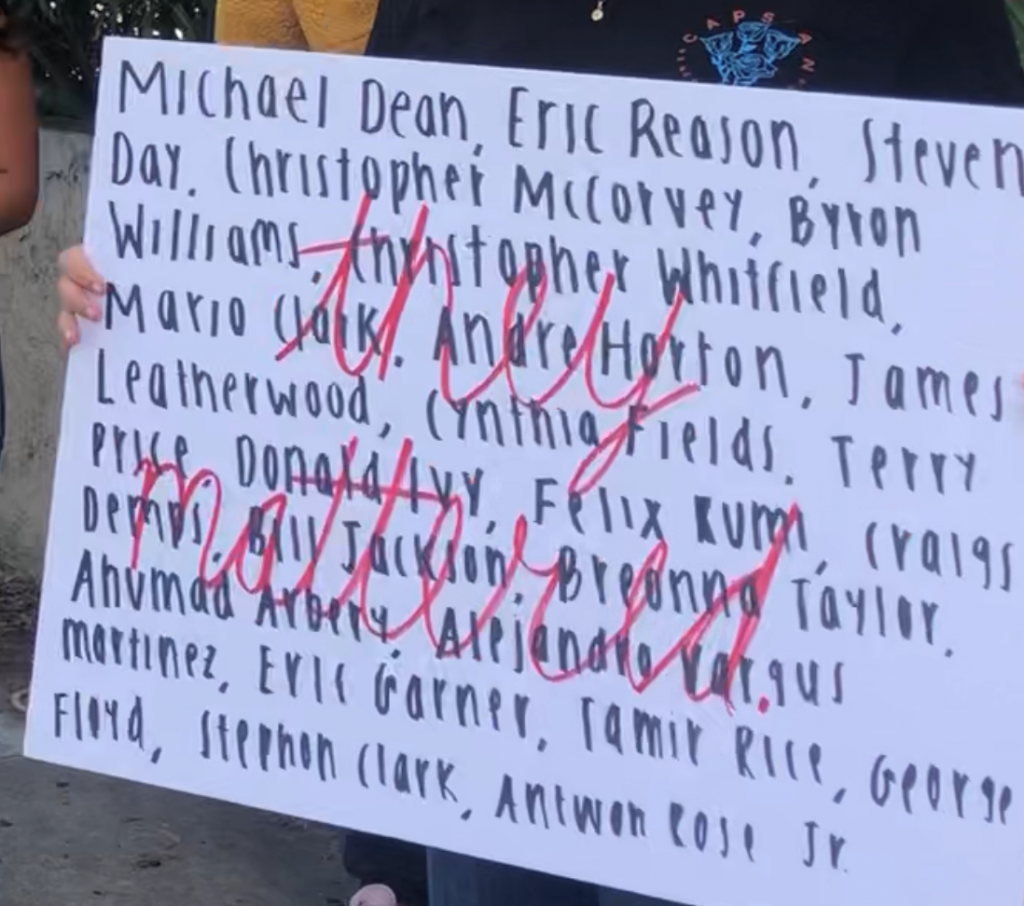 IT'S NEVER 2L8, a Coronado local band, got creative this 4th of July to help Coronado celebrate the busiest day of the year. The...
Read more
Education