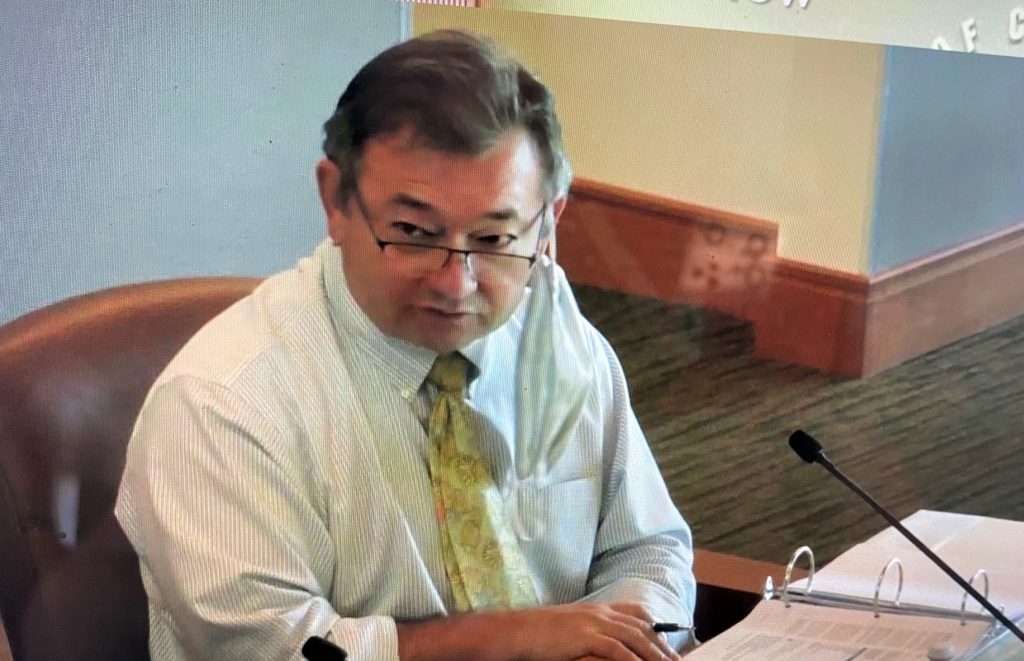 The City Council made quick work of the agenda for Tuesday’s meeting as they unanimously approved the previous meeting’s minutes and then the consent calendar. City Manager Blair King had a packed report, beginning with commending Director of Administrative Services Jim Krueger and Senior Management Analyst Dominique Albrecht for their work on processing the Business Lifeline Loans in a timely manner. “We knew we could be more nimble than the Federal Government in getting money out,” he commented.  He said that 68 loans have been approved for a total of $985,000, with most of the loans for $15,000, but some for $10,000. He then asked the council to move up the date for Tier 2 businesses to apply to May 18, to which they agreed. He said that the city is not under any obligation to disperse the full $2 million, but he felt it would be sufficient to help local businesses.

He then outlined the safety and sanitation plan developed and submitted to the county that allowed the Golf Course to reopen on May 1. He explained that tee times need to be reserved in advance, and golfers must have their temperature taken and be certified healthy before they park. Payment is done by credit card and golf courts are only allowed for those with ADA needs. Additional precautions include spaced out starting times and touchless flags.  He reported that it seemed to be going well and the golfers appear happy to be back on the course. He noted that the Boat House will be opening this Friday, May 8. People will be allowed to get their boats out of storage and all life jackets will be sanitized. Parents and book lovers will be pleased to learn that this coming Monday, May 11, the Library will resume curbside pick-up. Patrons can reserve books and other items through the website and arrange a time to pick up their items.  King also said that the County will not allow the tennis courts or lawn bowling to be reopened yet, but they are submitting a plan to open the swimming pool and skate park.

With regards to beaches, the Silver Strand Beach opened today, but the parking lots will remain closed, as well as no parking allowed on Coronado Cays Blvd. He said that people have been asking about why there is a 6 am to 6 pm time frame for Coronado Beach to be open, and he pointed out that it requires monitoring, and since the lifeguards’ shift ends at 7 pm, that allows for time to clear the beach.

King addressed some issues about Monday night’s shooting on Orange Avenue. With regards to why the Nixle alert didn’t go out sooner, he said that the two dispatchers had approximately 60 calls in an hour that they had to field, as well as coordinating with police and emergency personnel. Nixle was originally designed for traffic issues, but the dispatchers put out the notice when they finally had time, assuming that at that time of night and with the stay at home orders, many people wouldn’t be out. He said that the police have reported that evidence has been collected and they are confident they will make an arrest. 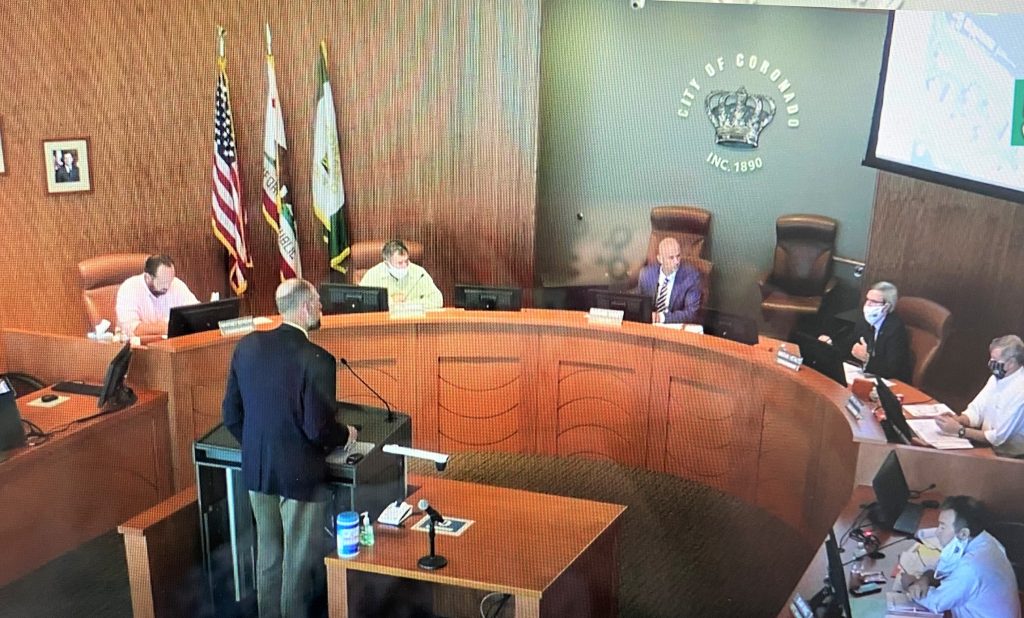 Director of Public Services and Engineering Cliff Maurer gave a brief presentation on the proposed design of the Shores median improvement project that will include two design options. The Council unanimously authorized a work order with Psomas for up to $157,500 for the project. Public improvements, such as a public restroom facility, improvements to the SR75 median between Avenida del Sol and the Naval Amphibious Base or other public improvement will be looked at. The cost to design Option 1, extending the project to Rendova Road is $37,500. The cost to design Option 2, updating the medians in front of the Recreation Center is $22,860. The completed designs will be brought to the council in approximately four to five months for approval. 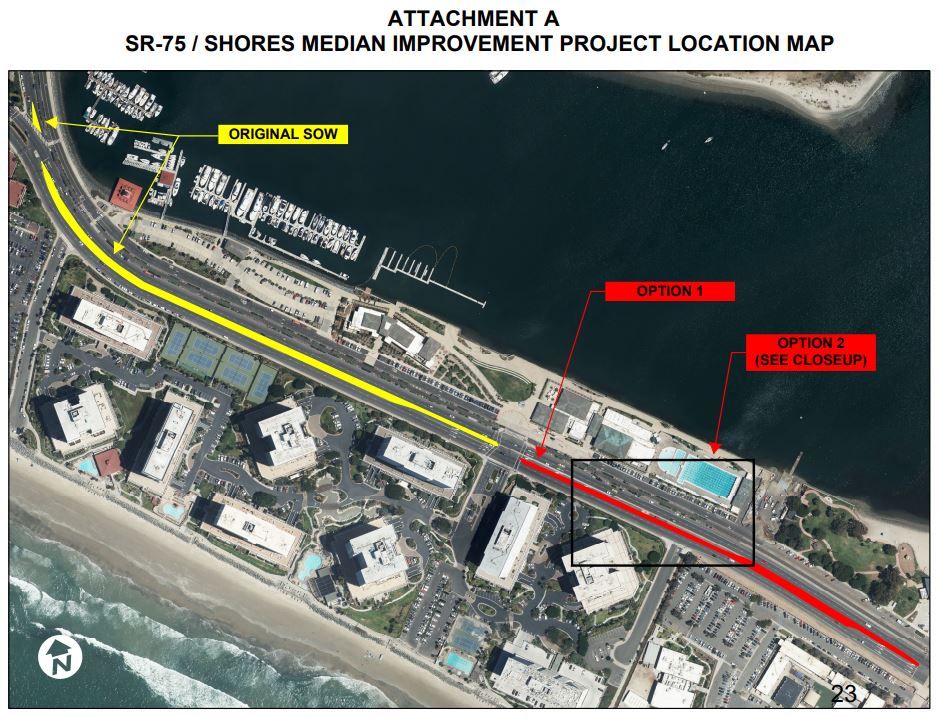 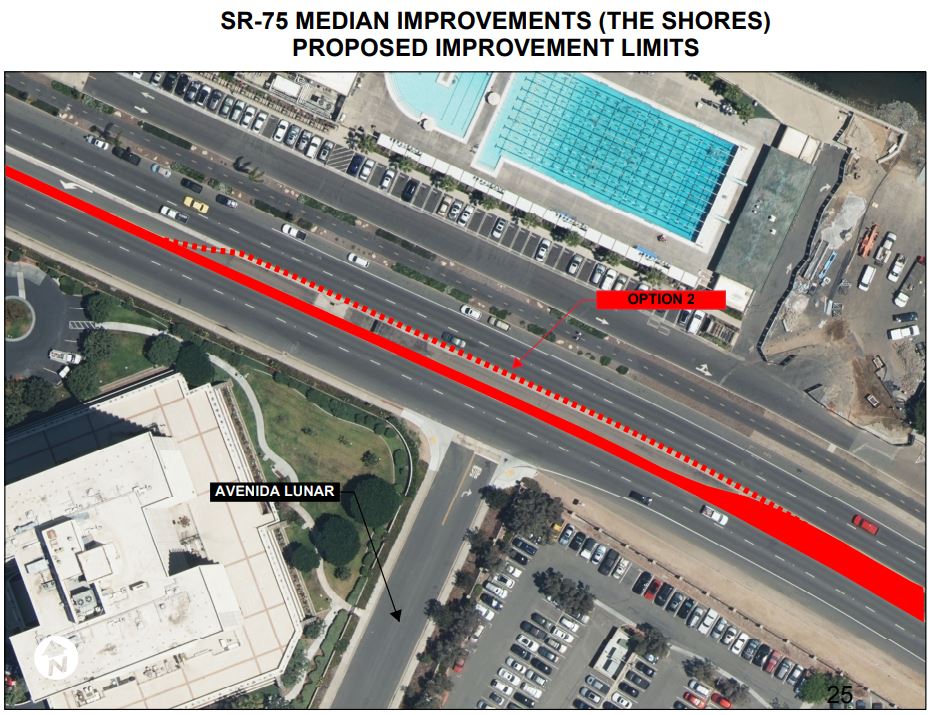 The council also unanimously approved the recommendation to keep the 200-word maximum for Mayoral and City Council candidate statements. The cost range for a 200-word statement is between $900 and $1,200, while a 400-word statement costs between $1,650 and $1,950. Councilmember Benzian pointed out “we want to encourage as many people as possible to run for office, so it is not prudent to increase the cost.”

King mentioned that the May 12 budget meeting has been cancelled and the new budget will be presented to the council on May 19. In preparation, he mentioned that the numbers are not as positive as usual, but that the city will still be able to maintain the health, safety, and aesthetics of the community.