Quarantined in Coronado: Excerpts from a Glorietta Diary

February 12, 2020
Day by day awareness arrived, slowly at first and then all at once. After a round trip to Hillcrest’s Landmark Theater just before Valentine’s Day the message is imperative: public transport and films are now out of the question.

February 19
The Las Vegas debates bring to mind family living there. My younger son works in the Restaurant Industry, his wife works electronically from home, my 21 year old grandson is on Spring Break.

February 27
Every other Thursday a much appreciated housekeeper comes in to do the heavy cleaning. At 9:30 I walk to the library to spend time reading before going to Clayton’s Bistro for lunch with my visiting sister-in-law and her brother (my long ago husband). I feel a sense of dread. Nothing to do with either of them. Anxiety of a different kind. From time to time the unease I am feeling lessens but refuses to go away.

February 28
I buy a digital thermometer and put it on a bathroom shelf with an over-the-counter decongestant and a fever remedy. Whether this is an act of Girl Scout preparedness or the onset of escalating hypochondria is difficult to tell.

February 29
I decide to stay in all weekend and not go out again until I have to.

March 1
Computer time on a slow Sunday. Online photos of coronavirus sites. The eerie lock-down in Wuhan. Cities in Italy. Milan’s famed Piazza del Duomo empty. No one coming or going through the arched entrance to the Galleria. Years ago, visiting older son at school in Lugano, I bought a traditional Borsalino hat from a shop in the Arcade. He’s fifty-something now. I wonder how he’s doing?

March 3
Super Tuesday. While I think of it, must write a check for Real Estate Taxes.

March 4
After a long illness, my sister-in-law’s son dies in L.A. My nephew who I haven’t seen since he was a boy. I cannot imagine how difficult it must be to lose a child of any age. She will stay a few days and then return to Boston. Flights are being cancelled. Should she fly at all?

March 8
Another empty square online, Piazza San Marco, the main square of Venice renowned for its grand arcades and its traditional coffee shops. One, Cafe Florian, the oldest coffee house in the world. A photo shows a row of small tables covered with stiffly starched cloths. Behind each is a liveried waiter, sentry-like, awaiting the day’s trade. There are no customers, no orders for ice cream, espresso, rich cakes. Younger son in Las Vegas has been laid off.

March 12
Cold and rainy. Too tired to walk to the library. The Housekeeper already en route. I am unable to communicate well with her. My schoolgirl Castillian not much help at all.Google translate helps me explain my age-vulnerable senior status. I hand copy the message, enclose it, my apologies, and the day’s pay in a white envelope, then tape it to the front door. So begins No Contact in earnest. Door shut. No one in or out. Life as I know it at risk of cancellation

March 13
Friday the 13th, thoughts of black cats and bad luck. My former husband, retired Navy Captain and Coronado resident, offers to take me shopping. There may be ice cream after we shop. Chocolate. Not a single grocery cart available, whole shelves bare, canned goods gone without a trace. Clorox and hand soap non-existent. Bread vanished. Cereal non-existent. And no toothpaste to be had. The Spoils of the day: a packet of longlife German pumpernickel and a jar of fig conserve from the foreign foods aisle. Ersatz sausages made of soy. No oatmeal in sight locally or online. I have 2 bags of farrow I’ve yet to try. San Diego Mayor Kevin Faulkener declares a State of Emergency in San Diego. At least 5 people have tested positive for the coronavirus.

March 15
Poe’s horror story “Masque of the Red Death” appears online. In an undisclosed location a party of the very rich party in secret while a virulent plague, a pestilence among pestilences, is fatally undoing untold numbers of ordinary folk. My chest is tight with anxiety. Las vegas son calls to see how I am. We’ll get through this he says. Your father can help you I tell him. Spain’s death toll has doubled in the past 24 hours to 288. Italy has had its deadliest day yet with 368 new deaths, bringing the total to 1,809. Norway is recalling its students from abroad, especially those in countries with “poorly developed health services”. The US is cited. Place order for a bottle of hand soap from Nordstrom.

March 17,
St.Patrick’s Day. No green beer, no corned beef, no potatoes.. The ex rings to wish me a Happy St. Patricks Day. ‘Erin go Bragh”, say I.. My Gaelic is as extensive as my Spanish. 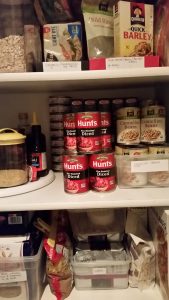 March 18.
Unable to access my mailbox. Asked a neighbor and HOA board member for assistance. Not their problem. Most residents are over 65. Told to hire someone. Send email to the managing agent to request repair. No reply. Sheltering in place. Antsy from lack of exercise. Could be weeks, more likely months, before the Quarantine is lifted. I arrange what sustenance I can find at home. Rice, pasta, tinned tomatoes and beans neatly stacked on shelves in the hall cupboard. Basic inventory at eye level. I see exactly what I have. And what I do not. Bottle of liquid hand soap arrives from Nordstrom’s, $69.00 plus tax.

March 19
The Vernal Equinox. Spring is here. From my Coronado condominium above Pomona II look out at Glorietta Bay, the boats moored directly below me, the Bridge to one side and The Shores to the other. In the hours of daylight there is a sense of normalcy Here. From my vantage place I see below me on Pomona young Coronadoans walking and skateboarding and riding bicycles. Parents have young children by the hand. Dogs big and small tug at leashes. The sun glitters on the water. Barely a block away the Brigantine is closed because their vendors can no longer supply them and, at last report, The Henry is only able to offer curbside take-out. No matter the brightness of the day, the euphoria of spring, , the novel coronavirus, Covid 19, casts a long shadow, a shadow now covering most of the globe, a shadow continuing to spread. 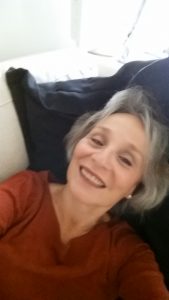 Diane Sorota, an award-winning writer and artist, is a native of Massachusetts, raised in Andover where her father was on the faculty of Phillips Andover Academy. She attended Abbot Academy and graduated from Connecticut College, New London. She has worked in advertising, public relations and television as a writer/producer and presenter. She has lived all over the United States including Hawaii. In the 1980s she left Honolulu and moved to Bergen, Norway. The following 25 years she lived in Hampstead, London. Single since 1996, Diane remained in London until 2008 when she moved to Coronado where she lives on Glorietta Blvd.

Vets For Elders’ mission is to provide a supporting hand and added value to two critical segments of our society that are falling through...
Read more
People