Dog lovers throughout Coronado should rally to the defense of the Coronado Cays off-leash Dog Run in Cays Park, the only grass dog run in Coronado. The City is developing a Cays Park Master Plan that could shrink the Cays Dog Run and harm Cays Park as a whole.

The City has proposed “possible improvements” to the Park and the Cays Dog Run, including:

Expanded parking would contract the Park and Dog Run, while reconfiguring walkways could result in increasing the number of soccer fields. That means revenue for the promoters of regional tournaments (which seem to include mostly out-of-town players), but extra traffic, litter and noise for everyone else.

Before the proposed Master Plan is finalized, it is important for the City to know that Cays Dog Run users are disappointed with their proposals and for supporters to request that the size and shape of the Cays Park Dog Run stay the same. We have presented the City with a petition signed by over 200 residents of the Cays and the Village simply asking that the size and shape of the Dog Run be preserved. We want to collect even more signatures. Petitions are available at the Cays Dog Run from 4-5 pm every weekday. Please drop by and sign!

Our pups thank you, 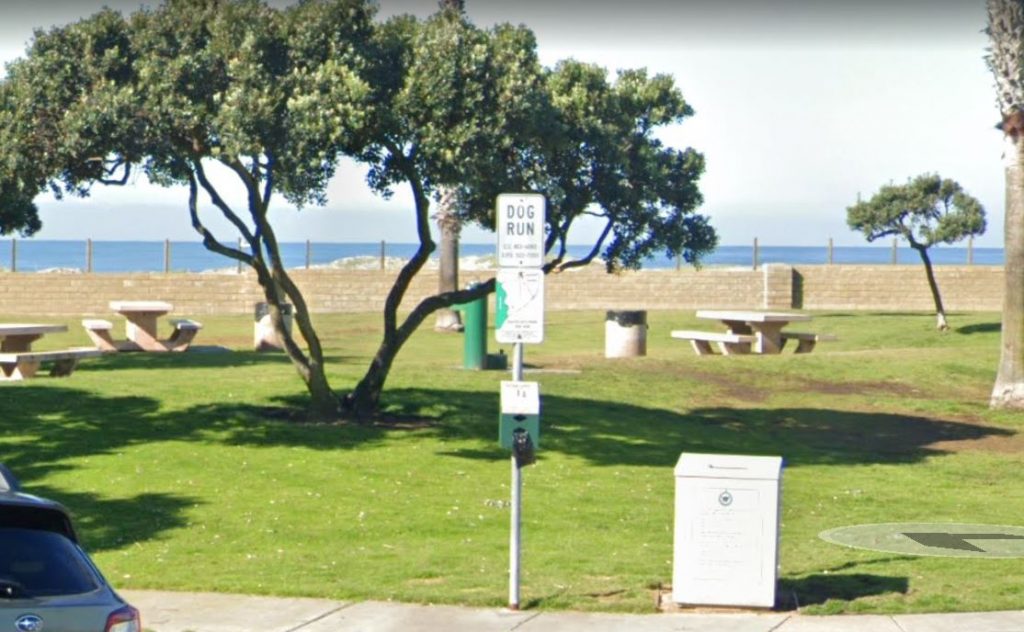 Managing Editor
Originally from upstate New York, Dani Schwartz has lived in Coronado since 1996. She is thrilled to call Coronado home and raise her two children here. In her free time enjoys hitting the gym, reading, and walking her dog around the “island.”Have news to share? Send tips, story ideas or letters to the editor to: [email protected]

Author:  Ken FitzgeraldI am healthy. I am able to work from home, my law firm is still in business, and nobody in my family...
Read more
Letters to the Editor

Submitted by Brad WillisA letter to Coronado City Manager Blair King Dear Blair,Like many, I was surprised at the city council’s split decision to keep...
Read more
Letters to the Editor

Submitted by Rebecca Sauer, RN CPANMy name is Rebecca Sauer, and I am a critical care nurse at UCSD. I am responding to Mayor...
Read more
Letters to the Editor

Submitted by Richard BaileySound public policy is driven by data and observation, not misinformation and emotion.The decision to keep Coronado beaches and parks open...
Read more
Letters to the Editor

Submitted by Daron A. Case, Esq. With the COVID-19 pandemic and related statewide lockdown in place, economies are getting hammered on a national, state and...
Read more
Letters to the Editor

One More COVID-19 Death Reported; Facial Coverings Should Be Worn in Public

An additional COVID-19 death was reported in San Diego, bringing the region’s total to 17, the County Health and Human Services Agency announced on...
Read more
Education

MESSAGE FROM SUPERINTENDENT MUELLER Good afternoon,We are excited to launch our Distance Learning Plan (DLP) for all students in grades TK-12 on Monday, April 6th!...
Read more
City of Coronado

Coronado Beaches Close at MidnightAll Coronado Beaches are closed for the duration of the public health emergency effective tonight at midnight.In anticipation of further...
Read more
City of Coronado

https://www.youtube.com/watch?v=iEjB1hYy794The City has closed its beach on weekends. Find out what else is closed and what remains open in the latest edition of the...
Read more
Community News

California’s hospitals thought they were ready for the next big disaster.They’ve retrofitted their buildings to withstand a major earthquake and  whisked patients out of danger during...
Read more
City of Coronado

The City plans to resume certain commission meetings in the coming weeks that will be held virtually. The City added a third meeting. The...
Read more
Advertisement
Advertise Here (Get Rates)

Author:  Ken FitzgeraldI am healthy. I am able to work from home, my law firm is still in business, and nobody in my family...
Read more

Navy Mandates Face Covering: What You Need to Know

The Navy will now require the use of cloth face coverings for all military, Navy civilian and contractors as well as family members while...
Read more
Community News

APRIL 6 UPDATE: We have our first batch of masks coming on Tuesday, April 7. It will be "Seniors Only" for those age 65+, Coronado...
Read more
People

Quarantined in Coronado: No Down Time for FOL President Marsi Steirer

April is typically one of the busiest months for Friends of the Library President Marsi Steirer, when she is knee deep in books, logistics...
Read more
People

34-year-old Joaquin Evans was a crowd favorite at Coronado's Talent this year with his beautiful vocal interpretation of Kiss from a Rose by Seal....
Read more
Community News

We are blessed to have our own Sharp Hospital here in Coronado. Health care professionals are on the front line of this COVID-19 crisis...
Read more