Many thanks to The CW San Diego CBS (News 8) for alerting The Coronado Times to this “flashback video” featuring Coronado and The Del in 1988.

Here is the CBS 8 San Diego description of the above video:

In 1988 News 8 got the coveted invitation to what surely must have been one of the biggest parties of the year! And star-studded would be an understatement. Legendary actor Tony Curtis was there–thirty years after he shot “Some Like It Hot” at the hotel. He told reporter Carol Hasson he just came in from Hawaii and that it wasn’t so bad to go from Hawaii to San Diego. He said he served in the Navy in San Diego during the war. George Burns said he was happy to be any place! Glenn Ford, Ken Kercheval, Ruth Buzzi, and the munchkins from the Wizard of Oz were among the revelers. Like Carol said–this was some enchanted evening–indeed! 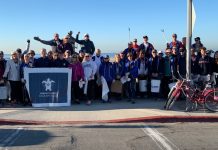 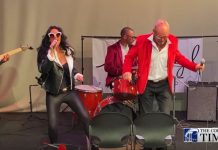