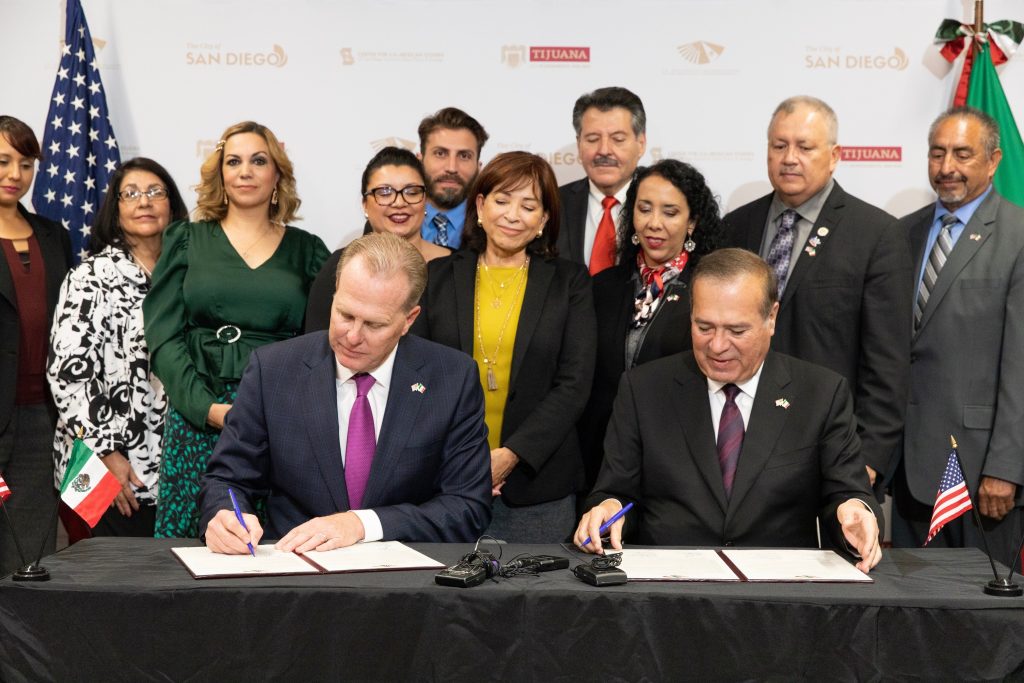 “Our border mayors play a critical role in building bridges between our two countries and working together we can create shared prosperity for our border regions,” Mayor Faulconer said. “These resolutions represent our collective voice calling on our federal leaders to invest more in border infrastructure and modernize trade to grow economic opportunity on both sides of the border.”

The resolutions between the participating mayors solidify their commitment to work together to continue building economic ties between the United States and Mexico.

“Tijuana and San Diego represent a $255 billion economy and one of the busiest land border crossings in the world with a flow of 50 million people per year,” said Tijuana Mayor Arturo González. “Our Cali-Baja region will continue to work together to strategically develop our economies to uniquely position our binational area for success. By joining forces, we will compete globally.”

The resolution on trade specifically calls for Congress to vote on the new United States-Mexico-Canada (USMCA) trade agreement. A new deal between the three North American nations was reached last year and updates the decades-old North American Free Trade Agreement with enhancements that will improve manufacturing, agricultural and digital trade sectors.

The North American Development Bank (NADB) was established in 1994 to enhance the quality of life for people living along the U.S.-Mexico border with cleaner water, air and land. The Border Mayors Association signed a resolution urging federal leaders to provide the Bank with a capital increase and restore funding for the U.S.-Mexico Border Water Infrastructure Program in the Fiscal Years 2020 and 2021 budget process.

The two-day summit brought together over 15 border mayors to collaborate on topics that affect border communities and to foster communication between border regions. This year’s conference is co-hosted by the City of San Diego and the Metropolis Conference, “Beyond Borders: Managing Migration in North America,” with support from UC San Diego’s School of Global Policy and Strategy’s Center for U.S. Mexican Studies.

San Diego and Tijuana have a long-standing relationship of cross-border collaboration and economic development going back several generations. Mayor Faulconer and previous mayors in both cities have continued to build on the megaregion’s strong binational ties by advocating on behalf of American and Mexican residents and businesses in Washington, D.C., and Mexico City. Most recently those efforts have been evident in the attention federal leaders have given to the issue of the Tijuana River Valley environmental crisis.

Mayor Faulconer currently serves as the Co-Chair for the U.S.-Mexico Border Mayors Association and Chair of the Trilateral Alliance for Trade in the Americas and continues to be a leading voice for the U.S. Border Trade Alliance.

Learn more about the resolutions signed on Thursday: 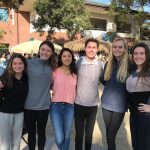 01/21/2020
The following Coronado High School teams were selected as South County’s All Academic teams. Teams are chosen by having the highest average unweighted grade... 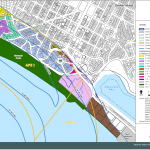