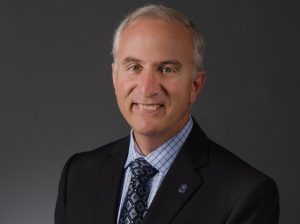 At first meeting, the newly-minted General Manager of the newly-revamped Coronado Island Marriott Resort and Spa is exactly what you might expect from the most senior manager of a multi-million-dollar hospitality business: professional, experienced, measured, and with a keen eye towards detail.

But the conversation with Jonathan Litvack revealed that stellar customer service and white-glove sensibilities are just the aperitif to the main course in getting to know the new leadership of the resort gracing the Coronado Bayfront.

Litvack began his hospitality career in the 1990s with Disney at the Walt Disney Grand Floridian Resort and Spa in Orlando, Florida. Nearly three decades later, he muses about the coincidence of being in Coronado:

“The Grand Floridian was actually modeled after the Hotel Del Coronado,” says Litvack. “I didn’t know then that I would end up on the West Coast, especially in Coronado – but so many of us are transplants. I consider California home now.”

From Florida, Jonathan transitioned to the Queen Mary where his scope of expertise ranged from food and beverage to hotel management. Two decades of hotel management took Litvack to Seattle, WA, Pasadena, CA and Tucson, AZ.

On May 1, 2019, Litvack assumed the role of GM at the Marriott Coronado Resort and Spa and was met with a warm reception and seamless transition.

“Nusrat (Misra, Former GM) pulled through construction and facilitated a seamless transition. I was in place for the opening and took over in the promotion of a new outward vision.”

Litvack goes on to describe the new vision through the lens of the Coronado Resort and Spa motto: Live Well.

“In life,” says Litvack, “health should be number one. Then family and work/life balance. You need to take care of yourself first – before you can take care of anyone or anything else.”

Litvack applies this sentiment to his management style and credits the investment in people for the success of the business.

“The renovations are beautiful and active, but the way to re-energize a space is through the hotel hosts and associates. All of our staff are considered partners and we have the shared goal of providing a rewarding guest experience.”

Jonathan is purposeful about counting Coronado residents as ‘guests’ regardless of their affiliation with the resort.

“The Coronado community is an extension to the guests that stay with us in any given season. We have long-standing Coronado members who use the fitness and leisure facilities daily, as well as occasional guests to the spa and our restaurant Albaca. We want to be a good community partner and provide a service and a respite for all.”

Outside of his work life, Litvack enjoys an extensive saltwater fish collection and his Harley Davidson motorcycle.

“People are surprised that I have a Harley,” says Litvack with a nod towards an impressive action-shot photograph of his bike framed and mounted in his office,“…but it’s all about the art of living well…” he winks.

For more information on the Coronado Island Marriott and Spa visit www.marriott.com.