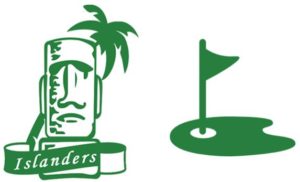 On Monday, March 18, the Islander Boys’ Golf team took a tough loss against Saints away at the Riverwalk Golf Course. “With two players missing, it was an uneven match up,” says Coach Stuart Gordon. Freshman Easton Phillips finished first for Coronado with a score of 38 strokes. The Islanders fell 234-194.

On Wednesday, Coronado hosted Scripps Ranch High School after a thunderstorm and hail. Despite the undesirable weather conditions, they pulled off their best performance of the season. Freshman Jake McLaughlin shot a 35 (one under par), his lowest score of the season. Senior Saul Chacon and Phillips finished next, each with a score of 40 strokes, followed by junior Javier Hernandez, finishing in 41 strokes. On the tail end for the Islanders were juniors Matt Schnappauf and Gino Frederick, finishing with respective scores of 46 and 47 strokes. The Islanders won 202-225.

To conclude their week, the team played in the annual tournament hosted by Saints at the San Diego Country Club. “Another cold wet afternoon at San Diego Country Club with parents being able to watch players performances,” says Coach Gordon. The first Islander to finish the eighteen-hole course was Phillips in 77 strokes. Phillips placed sixth overall (with eight top schools competing). He was followed by McLaughlin, who shot 81 strokes, and Hernandez, who shot 88. Of the eight schools competing, Coronado placed fifth.

The golf team currently holds a record of three wins to seven losses.

Thanks to the Coronado Police Department for providing The Coronado Times with the below information (partial list): Crimes: 4/20/20: Battery near 400 block of I AvenueSubjects...
Read more
Community News

CUSD Teachers and Staff will be hosting a 'car parade' on Friday, April 24 in honor of the Class of 2020 graduates. Maintaining social...
Read more
Crime

Thanks to the Coronado Police Department for providing The Coronado Times with the below information (partial list): Crimes: 4/14/20-4/15/20: Malicious Mischief/Vandalism (Misdemeanor) near 2000 block of...
Read more
Advertisement
Advertise Here (Get Rates)