The City Council met prior to its regular March 19 meeting for a special meeting to consider the 2018 Feasibility Study Report for a Satellite Water Recycling Facility (SWRF) and Turf Care Facility as part of the Golf Course Modernization Project.

City Manager Blair King said this meeting “was intended to be a workshop and special study session, something we don’t do that often, but the importance and complexity of this project deserves spending time to explain where we’ve been, where we are, what it will take to move forward.”

The idea of a recycled water plant project has been around for more than 10 years, with the original idea coming from the community. Through the years, staff has looked at various locations, including a combined project with Naval Base Coronado, and determined the golf course location to be the best choice. 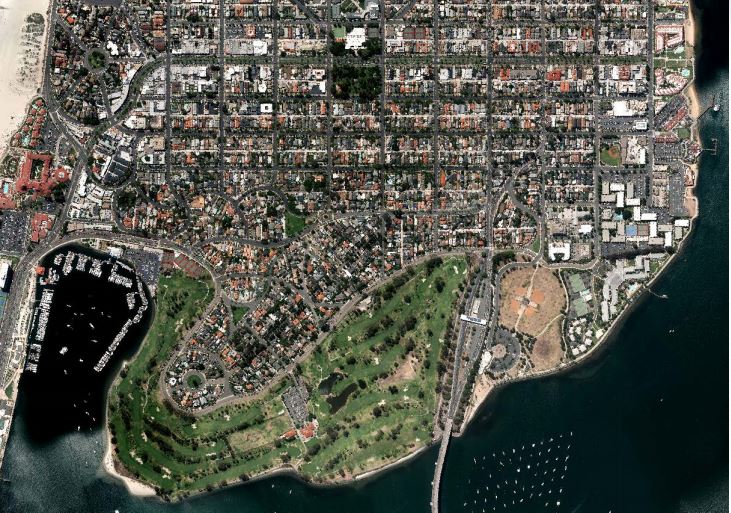 Cliff Maurer, Director, Public Services and Engineering, highlighted that in April 2015 Governor Brown issued an executive order water enforcement policy on using potable water to water medians and other non-essential areas. The Port decided to follow the Governor’s order and residents will notice that Tidelands park is often not as green as it once was (all the rain the last couple months have helped). The State has the authority to mandate that cities follow this directive, and then it would be out of their control.

Maurer and Roger Miller, Director of Recreation and Golf Services, highlighted that due in part to the doubling of water costs between 2004 and 2013, significant reductions in golf course irrigation have been made, including the removal of more than 20 acres of turf and the installation of a new satellite irrigation control system. These changes alone amount to water savings of almost $200,000 a year, otherwise irrigating the golf course would now cost more than $1 million a year.  Measures have also been taken to reduce water in medians, but they still need to look nice because “they are part of the Coronado brand,” said Maurer.

Back in January 2017, the Council approved a feasibility study and Brezack and Associates was hired. James Brezack, Project Manager, who brings 30 years as a planner in wastewater in California, Arizona and Nevada, worked with his team including Dr. Dennis Kasper, Ph.D., P.E., Engineering Manager, Mike Huck, Golf Course Water Quality, and Douglas Dove, P.E., Financial Analysis. He presented their findings for the modernization of the Coronado Golf.

The method of analysis included:

Jim Krueger, Director of Administrative Services estimated costs for the project are $24.1 million for a 0.75 MGD facility. There would be a 30-year repayment with a two percent interest rate, including a $2 million grant and a revenue pledge requirement from the Wastewater Fund. The Turf Care Facility may be funded via the IBANK. Proposed funding includes allocating 83 percent of the costs to the Golf Course and 17 percent to California American Water. Green fee increases of $10 per round of play would generate the funding to pay for the costs allocated to the Gold Course. The City would sell 17 percent of the recycled water to CAW who will transport the water to city parks and median strips. The City will pay CAW at a retail water rate to pay for the cost of piping the water to the parks and median strips.

Financing options are as follows:

The project would take approximately two years to complete, and Maurer pointed out that the pipes would run between the Public Services Yard at 1st Street and B Avenue to the Golf Course. He also showed examples of what other SWRF structures look and assured the Council that the design selected for Coronado’s Golf course will be aesthetically pleasing.

Several community members spoke, including Daron Case, who cited the rising costs of the project, the lack of drought conditions, cost savings, and no current requirements as reasons not to undertake this project. Ledyard Hakes is a 60-year resident that has been in support of this project since 2005 and feels it is the City’s duty to protect its assets. Wes Danskin, Hydrologist, U.S. Geological Survey (USGS) pointed out that California is in a constant state of drought because we live on imported water. He said that there are geophysical techniques to identify underground fresh water, but that would take more than two years and several million dollars to pursue.

There was much discussion among the Council with Councilmember Sandke pointing to looking at the benefits to the community long term with Councilmember Benzian agreeing and saying that there is an environmental responsibility to address these issues.  Councilmember Donovan also sees this as a long-term investment and Councilmember Heinze said that he was skeptical before coming on the Council but has reviewed the previous studies and restated that the Council could come back and make changes if further details don’t make sense. The Mayor confirmed with Krueger that in the 2021 projections, the City would spend $1.75 million to save $1 million in water costs, but in 2035, the $2.1 million expenditure would have a net gain of $100,000. He asked if staff could provide 30-year projections for him to make his final decision.

The Council’s vote on this issue, which was a non-binding commitment for staff to go forward to 1. Initiate Environmental Review, 2. Explore Design-build, and 3.  Investigate Project Financing Review was 4 – 1, with the Mayor abstaining.

The Mayor said of his decision to abstain, “I initially requested staff explore this project because the goal of drought-proofing Coronado’s parks, medians and golf course is important for the future of our city given the uncertainty surrounding future water supply. There is the potential for this concept of recycling our wastewater for irrigation to make sense both financially for taxpayers and for the environment. However, the staff report did not include enough financial information to feel comfortable proceeding. The staff report said taxpayers will be spending $1.75 million to save $800 thousand annually with the gap gradually decreasing until we begin saving some money in 2036, but the financial projections did not continue much past 2036. I want to know what our actual payback period and return looks like before committing taxpayers to $25 million of debt.”