The commissioning of a US Navy ship historically happens fewer than ten times per year (including submarines and aircraft carriers). On Saturday, January 26, 2019, over 4,000 people: friends, family and service members, were witness to a monumental event at Naval Air Station North Island in Coronado as the first ship to ever be named after a fallen Navy SEAL, the USS Michael Monsoor (DDG 1001), was commissioned. 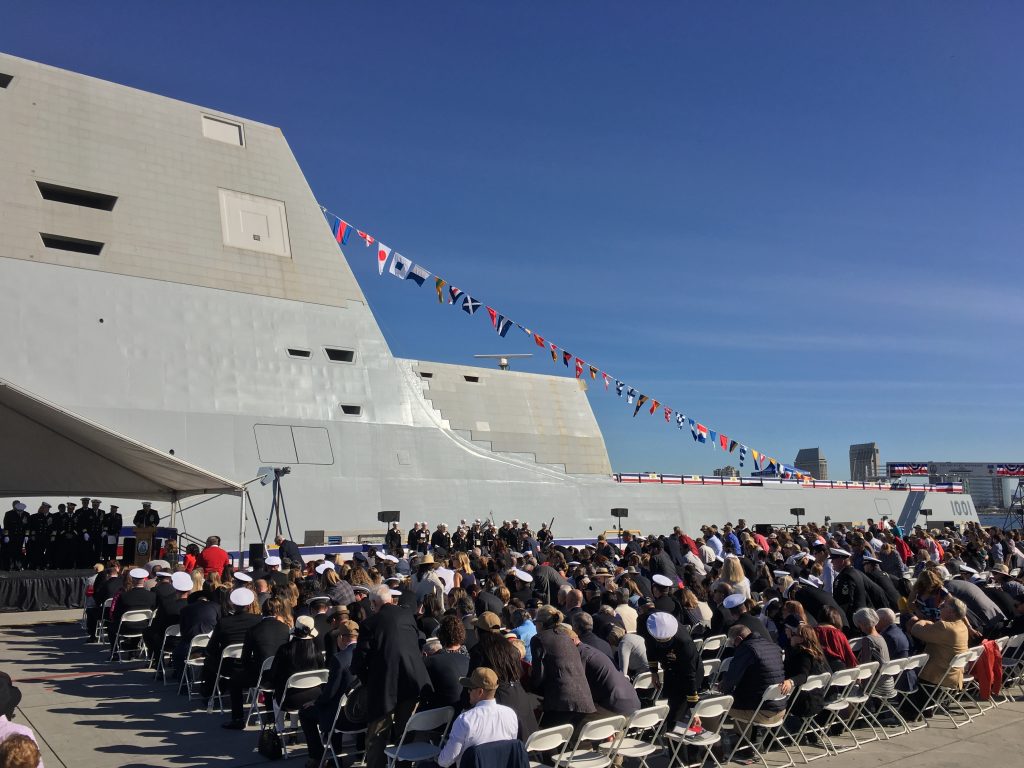 While the ship itself is unique in every way as one of the new Zumwalt-class stealth destroyers, one of the most advanced warships in the world, whose crest bears the words “I WILL DEFEND,” it is its namesake who was at the forefront and center of the ceremony. 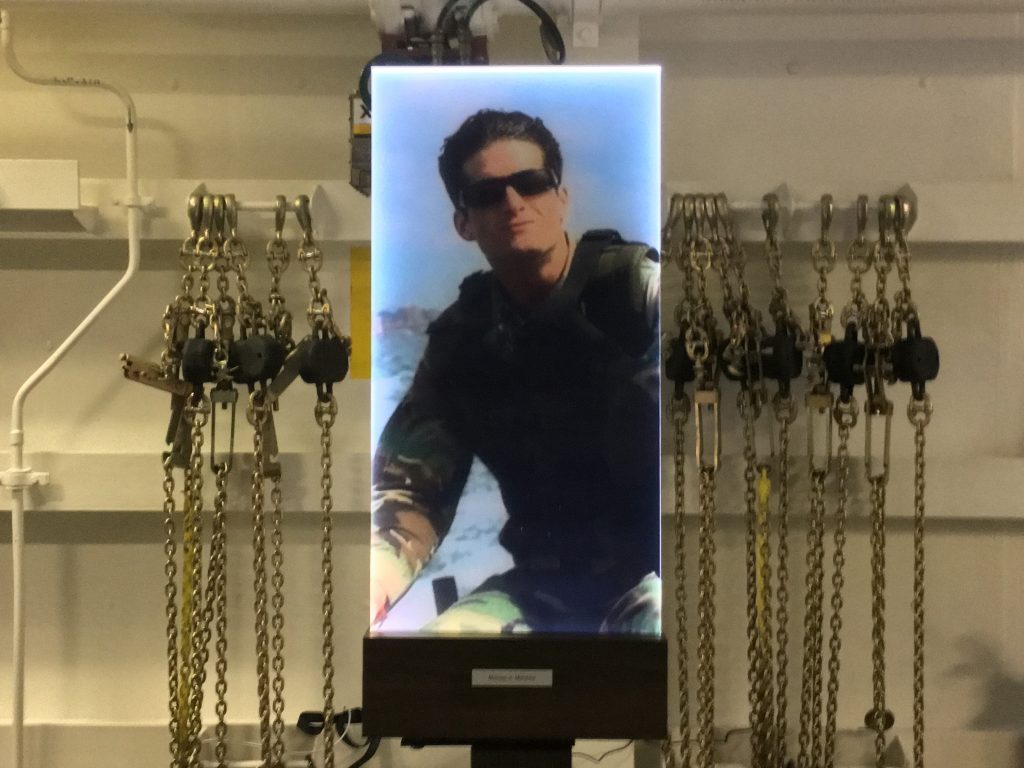 MA2 (SEAL) Michael A. Monsoor, SEAL Team Three, sacrificed his life in Iraq on September 29, 2006, as he dove onto a grenade that had been thrown by an enemy fighter hitting Monsoor in the chest and then landing at his feet. His heroic selfless act saved the lives of his comrades at the expense of his own. He was only 25. Monsoor was posthumously awarded the Medal of Honor for his actions.

Michael enlisted in the Navy on March 21, 2001, following in the footsteps of his brother and father, who had both served in the Marine Corps. Upon completion of Basic Training and serving in Italy, he then enrolled in SEAL (BUD/S) training in Coronado. Due to a broken heel, he had to withdraw but returned and graduated on September 2, 2004. He went through BUD/S not once, but twice. It was shared that he was never one to take the easy path. Commanding Officer of the ship, Captain Scott A. Smith, repeatedly referred to Michael as “a good dude,” as he was known unanimously based on his rich background and historical record. Michael’s parents, George and Sally Monsoor “named him after the Archangel Michael, biblical leader of the armies of heaven, defender of the gates to Paradise and patron saint of soldiers. Petty Officer 2nd class Michael Monsoor’s moment of sacrifice occurred on September 29, on the Feast of St. Michael.”

The building of USS Michael Monsoor began in Bath, Maine in May 2013. The ship arrived in San Diego on December 7, 2018, after having been christened by the Ship Sponsor, Mrs. Sally Monsoor, Michael’s mother, in June 2016. Naval Base San Diego will be the homeport. 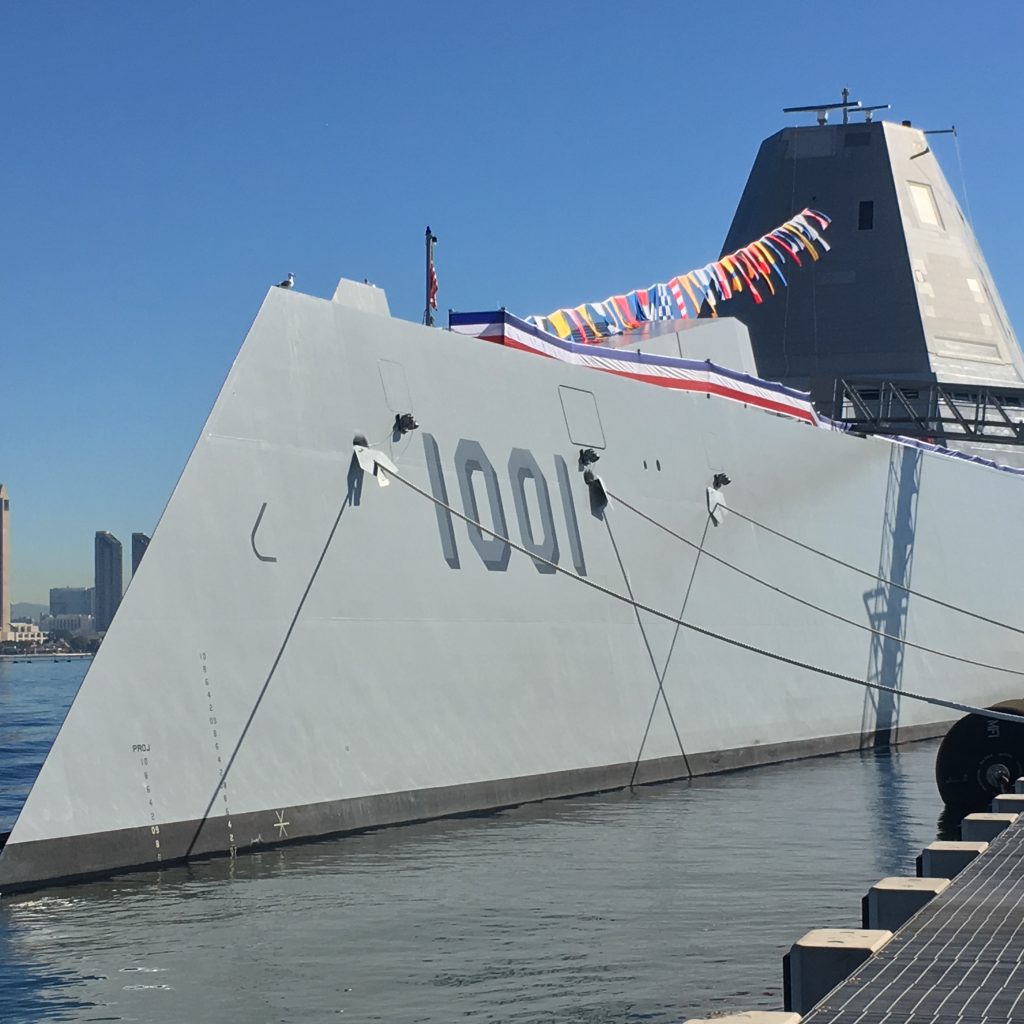 The ship was built to be minimally manned with a crew of only 148 service members as its automated systems reduce the number of crew needed. The design and construction of the ship are such that it can easily cut through water and absorb radar to be undetectable. It is quieter and more invisible than Legacy destroyers. Sailors shared that it is a smooth ride to the point of not realizing they were actually moving when underway. Capt. Smith is confident “this ship will change the way we fight” and that it would likely go out alone. At this time there is no fixed deployment date for the Monsoor but it’s safe to say it’s at least a year out.

Service members work day in and day out inspiring one another to make it through together, as a team. In Michael’s words, which were inscribed on the hat he wore and which is encased on the ship, “You Never Quit.” 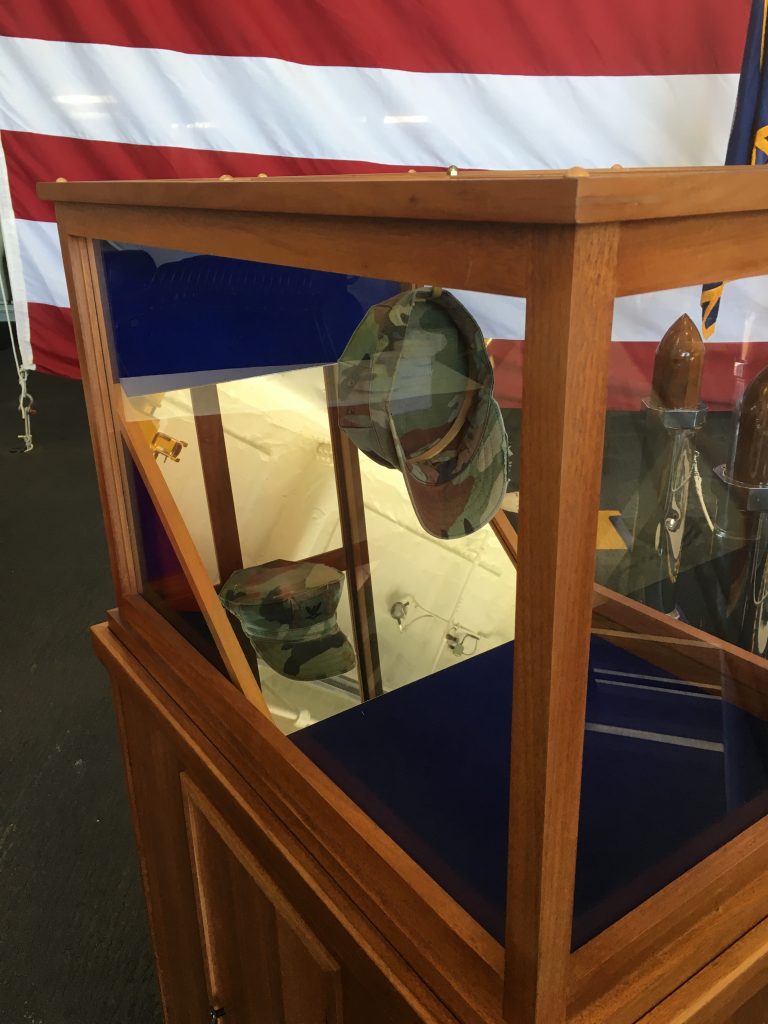