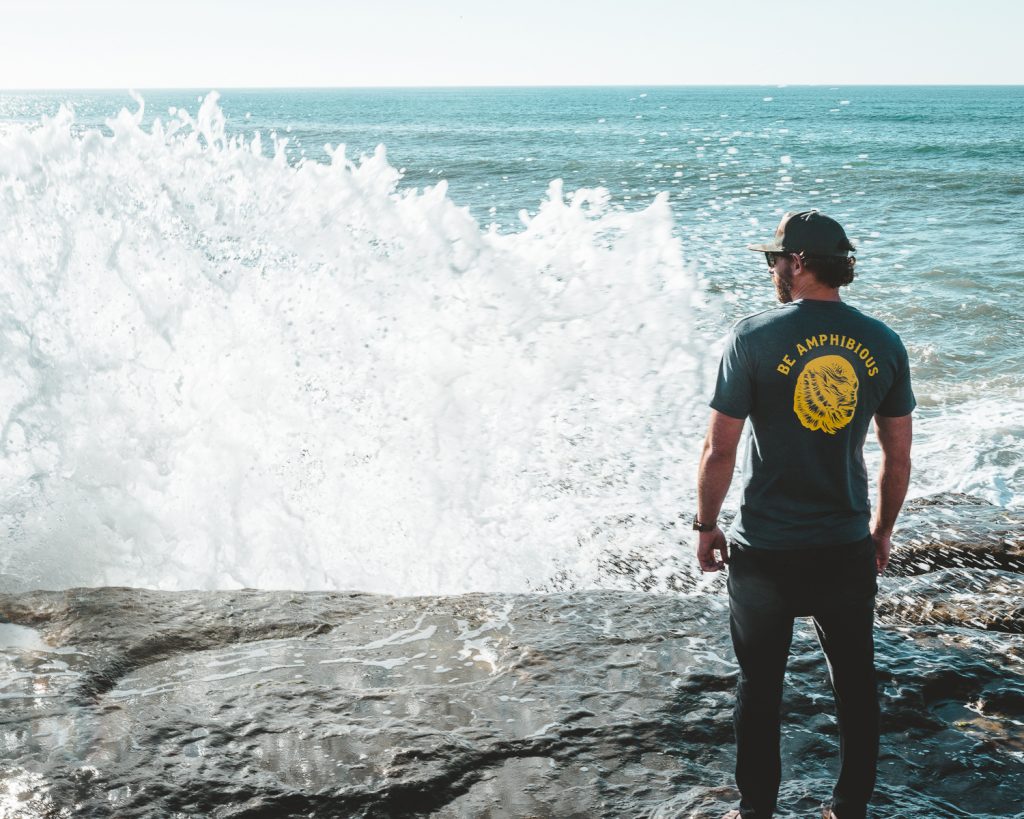 For as long he can remember, Ian Urtnowski has called the sand and water of Coronado beaches his playground. Moving here at the age of two, he lived in the Shores for the first 13 years and then moved into the village. It’s obvious his passion for the ocean always has been and always will be a cornerstone of his life. As a kid, it was a good way to get out of the house, to escape chores and to play with friends on the beach down the strand at the Naval Amphibious Base. “Everything ocean became my skill set,” comments Ian, who became a beach lifeguard 13 years ago.

When he went to college at Point Loma Nazarene University, he studied accounting and potentially thought of a career in forensic accounting with the FBI. After graduating, he took six months off to travel in New Zealand before he began working. He learned what he didn’t want to do, by living out of cars and hostels while travelling and surfing. “I didn’t want to know what I would be doing next week, so that ruled out sitting in a cubicle crunching numbers,” he laughs. 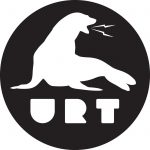 Returning home, he watched over people’s safety as a lifeguard and it changed the way he looked at the ocean. One day, when he was in the water, a nearby sea lion made a unique sound that resembled his lifeguard nickname “URT.” Thus the idea for the URT brand was born by the self-proclaimed most unfashionable kid in the world.  The message of ocean consciousness for URT is vitally important to Ian. He didn’t want shirts that were loud with neon splatters. His philosophy is that a person’s shirt shouldn’t be louder than they are. In the beginning, the inside of the t-shirts were branded with six-month tide charts, but the subtle branding has evolved to include how to get out of a rip current and other hidden messages. 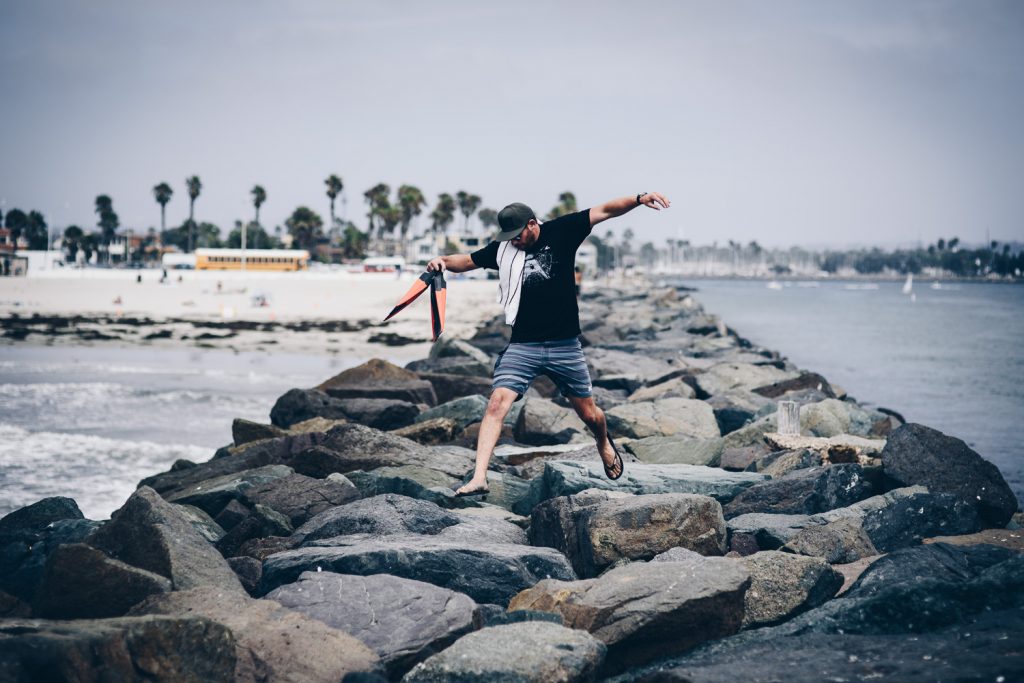 “I believe that the beach is a great teacher and the lessons learned there apply to all aspects of life, where we can find comfort in chaos,” says Ian. The brand grew out of his parents’ house as his fellow lifeguards began wearing the shirts, and then caught on with his friends, many of whom were Navy SEALs, and then spread through the teams, who would often wear the logo on their clothing wherever they were in the world. This helped Ian evolve his vision for URT to include patriotism.

He is involved directly with the Charlie Humphrey Keating IV Foundation (The C4 Foundation, chuckheavy.org), creating a collection and organizing events to help raise money and awareness for the C4 Foundation’s mission of Preserving the Family. Ian met Charlie when he was in the Navy BUD/S and they bonded over surfing. Ian says, “Charlie embodied the URT brand and proudly chose to wear it on various deployments, as his reminder of home and all the fun that was waiting for him in Coronado.” 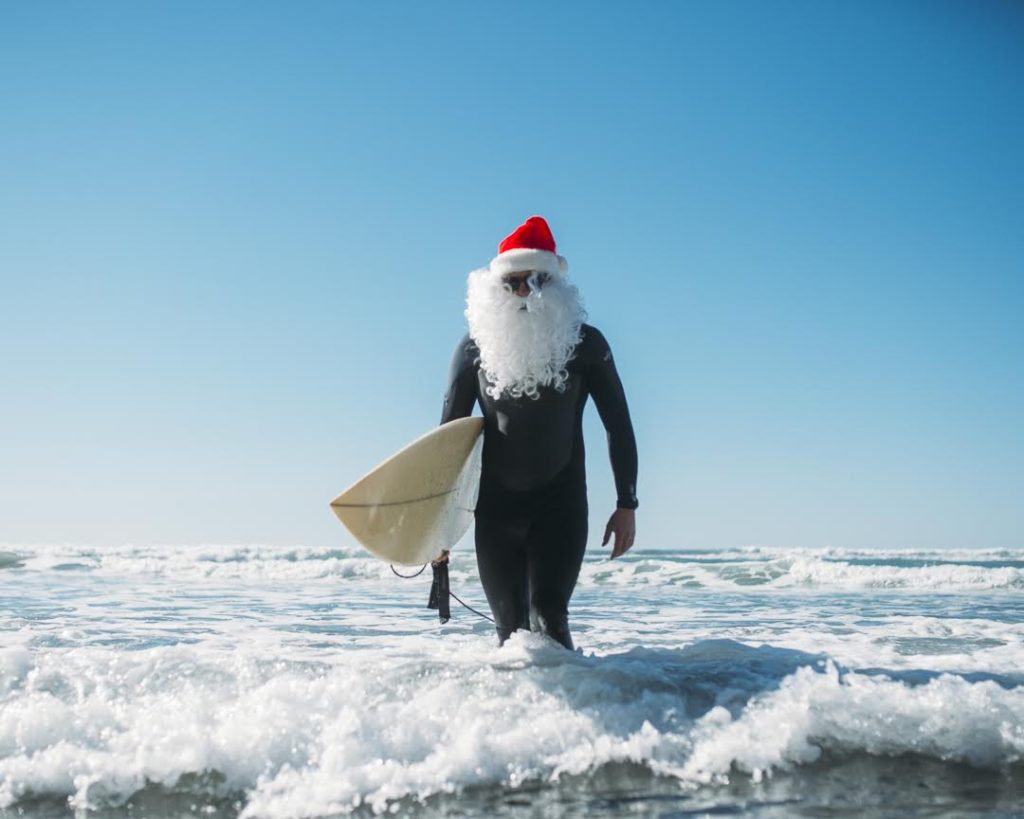 URT’s marketing is mostly word of mouth and hosting quirky events like the eighth annual URT Spook Halloween Costume Surf event, the fall LOB OFF Freedive Lobster Grab, or the upcoming must attend Salty Claus Surf Off, which happens on December 24,

Christmas Eve day, from 9:30 to 11 a.m. at Shipwreck’s Beach by Coronado Shores. About 200 people attend this annual event and participants receive a free Salty Claus beanie. Cocoa, coffee and donuts are generously being provided by Clayton’s Coffee Shop.

For Ian, the Sea Lion logo is a symbol of home and the uniqueness of what makes Coronado special and unlike any other place on earth, situated between two Navy bases. He views it as a brand for everyone representing the heartbeat of this community. “It’s not just for surfers. That’s just one arrow in our quiver. It’s about everything water-related like paddle boarding, swimming, etc.,“ he adds.

Unique URT holiday gifts, including shirts, sunglasses, drink ware, hats and hoodies, will be available at the URT Pop-up Shop at Bungalow 56, 1022 C Avenue, on December 22, 23 and 24 from 10 a.m. to 5 p.m. He doesn’t have a long-range plan for the company and plans to let it evolve organically. URT shirts and hats are always available at Emerald City, 1118 Orange Avenue, the first shop to carry his merchandise. URT is also in eight stores, including one in Virginia Beach and in Hawaii. He doesn’t actively seek stores to sell items in, mostly they approach him after they see the brand. Eventually, he has a dream of opening a brick and mortar location, potentially in Imperial Beach, which would be a creative-meet up location with coffee, beer, food and merchandise. “I think this would help increase the heartbeat of our brand,” he says.

About two years ago, he started taking a salary, and currently has two other employees, his cousin who helps with shipping, and his mom who rocks as a customer service representative. For a guy who made a monumental decision to ‘live to work, rather than work to live,’ Ian is passionate about his choice and its impact on others. He concludes:

“URT is an ocean lifestyle brand with a patriotic slant that represents the best of Coronado.” 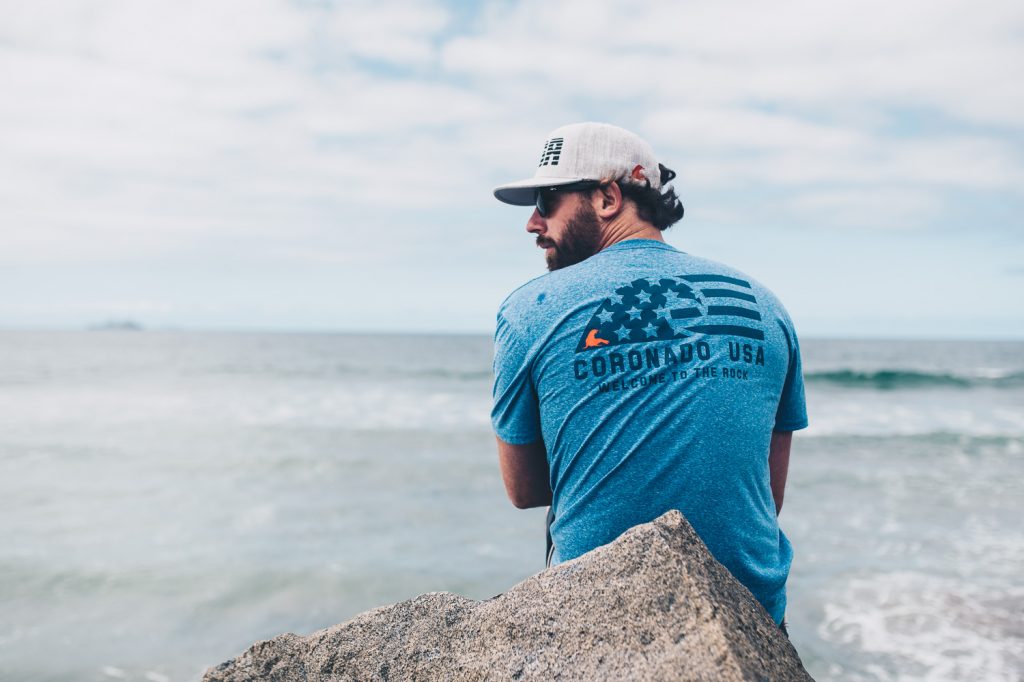 For more information, events, and to purchase items from this local brand, visit the URT website at urturt.com.

The Coronado Ferry has increased its ticket fee from $5 to $7 for a one way ticket, making it $14 for a roundtrip ticket...
Read more
Military

Swimming is the common denominator in the lives of Dani Grady and Nancy Blair, who are childhood friends and a professional synchronized swimming duo....
Read more
People

It only happens once a year and this was my husband's and my first time to experience Coronado Rotary Club's Low Tide Ride &...
Read more
Dining

Tears come to Alaa Elsadek’s eyes when he talks about his 20-year run at Bistro d’Asia (1301 Orange Ave) that has now come to...
Read more
Advertisement
Sponsored Partner Links