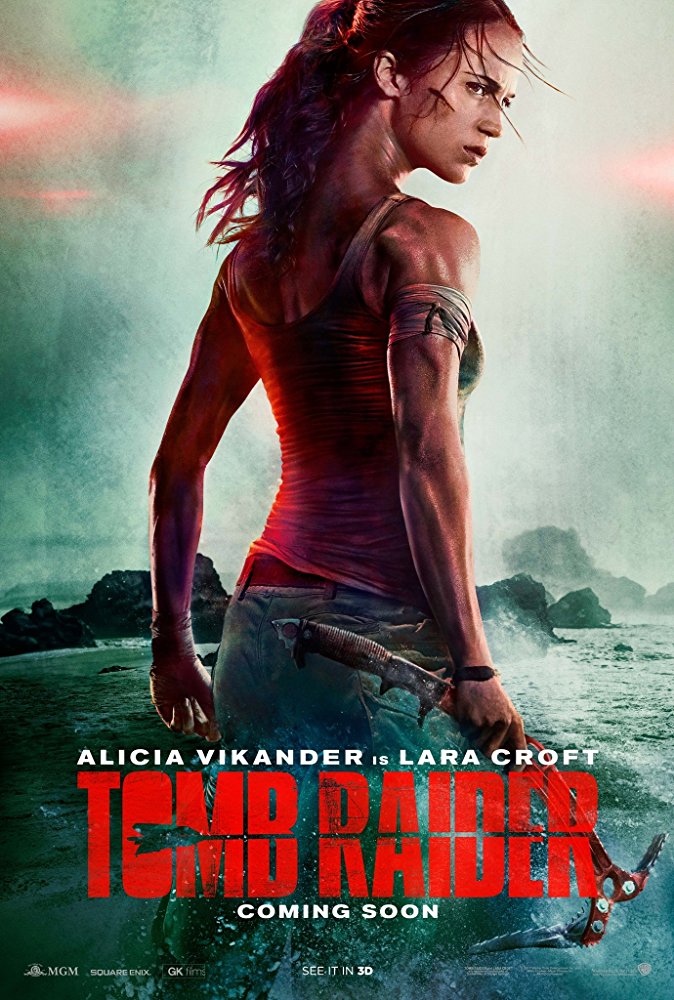 Tomb Raider is the prequel movie in a series based on the popular video game of the same name. An action/adventure movie reminiscent of the Indiana Jones series, Tomb Raider takes you on an intense journey, filled with hidden dangers, booby traps and mysteries through a remote island off the coast of Japan.

Alicia Vikander, an Academy Award winning Swedish actress, gives the audience a view into the young Lara Croft as she struggles to accept the loss of her father, Lord Richard Croft, who disappeared on one of his archaeological quests. A tough competitor, both in the boxing ring and as a bike courier on the streets, Vikander establishes herself early-on as a strong and agile young woman who is extremely intelligent and has an uncanny ability to solve puzzles. After she unlocks a clue to her father’s disappearance she begins her quest to find him.

Retracing her father’s steps, Lara heads to Hong Kong to charter a boat that will bring her to the island she believes her father was looking for. The tumultuous at-sea journey ends in a fight for her life as she battles to survive both the harsh environment and the nefarious organization searching for the tomb her father was after.

While never having played the video game that inspired the movie, I thought the action scenes were shot in a way that made you feel like you were part of a video game. Director Roar Uthaug did a nice job making the audience feel the intensity of the situations playing out on the big screen. Vikander’s determination and hope mixed with her athleticism and intellect had the audience pulling for her throughout. I took my 13 year-old son to watch the movie and he really enjoyed it, saying, “I liked it, it was intense and action packed.” I agree that it was an action-packed, entertaining movie to watch, but I thought it was missing some wit and humor that could’ve offset the intensity and drama and given it more appeal to an adult audience. The storyline became a bit far-fetched at times (as expected for this genre), but I enjoyed watching it with my son and seeing how the story turned out. Vikander’s strength and endurance was impressive as were the stunts she pulled off, making her a great choice to play Lara Croft. I’d recommend this movie on the big screen for families, and those that love the action-adventure genre, otherwise you might want to wait for it to hit DVD.

Rating:  Rated PG-13 for sequences of violence and action, and for some language.

IT'S NEVER 2L8, a Coronado local band, got creative this 4th of July to help Coronado celebrate the busiest day of the year. The...
Read more
Entertainment

Staying at home and tired of 24/7 news and old movies? The Osher Lifelong Learning Institute at UC San Diego has successfully moved its...
Read more
Dining

Coronado resident Barbara McNally knows a thing or two about determination. In fact, it’s taken her over a decade to write her book, Four...
Read more
Entertainment