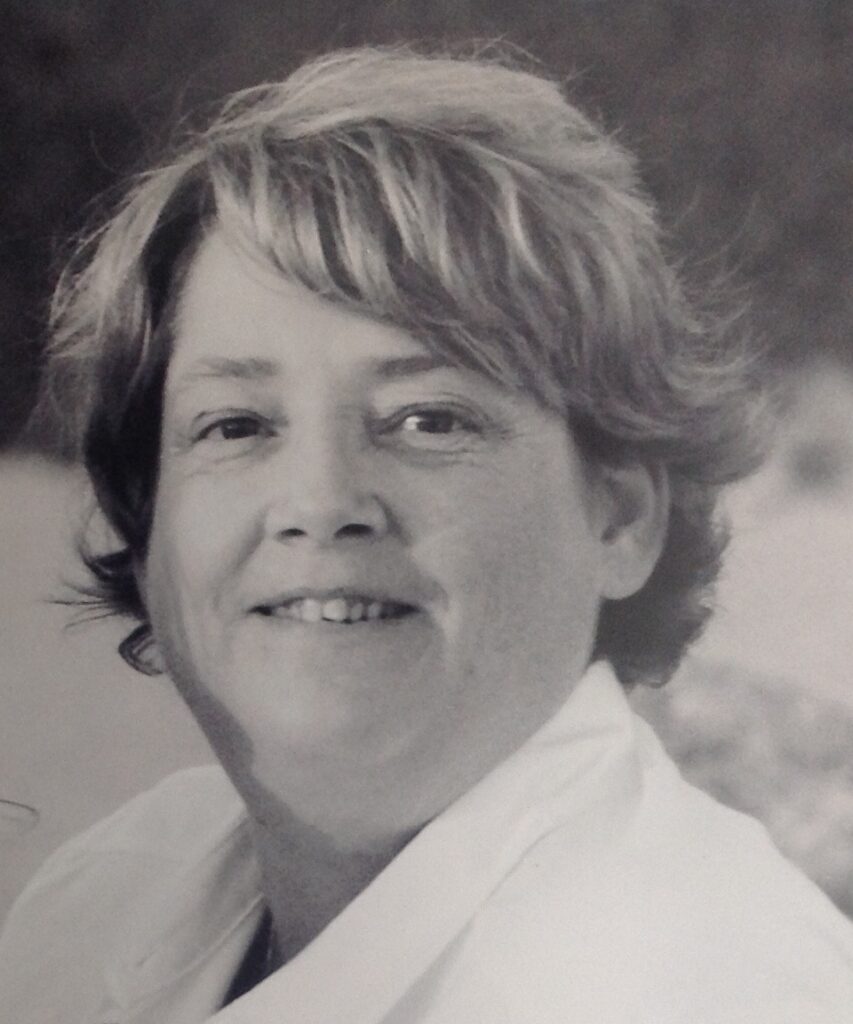 Michele Lee Paquin was born to John and Linda Paquin, in Rockford, Illinois, July 24, 1960. She died February 18, 2017 at the age of 56. The cause of death was pneumonia, complicated by extreme pulmonary issues. She was a long-time Coronado resident.

Michele’s soul held the essence of gentleness from the day she was born. As the first child of three, she captivated the hearts of her parents and was the apple of her father’s eye.

As children, the Paquin kids invented new identities – new names, scenarios, and even their own language. They called themselves, “The Jones family,” and they perpetuated this fantasy over summers and weekends in Wisconsin, creating many, many lasting memories from that happy childhood — successfully managing to elude the rest of the world and live and thrive in their own little imaginary creation.

Michele spent her childhood waterskiing on the lake, hiking and camping in the woods and riding motorcycles. She sang and played bells in the Coronado Presbyterian Church choir, and was active in high school youth groups.

Michele graduated from Coronado High School in 1978 but elected not to attend college. She worked instead at the Hotel del Coronado, where she made many friends. She also worked at AT&T as a customer service representative for 15 years.

She moved back to Rockford, IL to care for her mother during which time she reunited with her young nephews. While there, she welcomed a new puppy into her life. Max, a chocolate Lab, was her constant companion for the rest of her days.

A Celebration of Life is scheduled Sunday, July 23, at 1 p.m., and is open to all friends and family. It will be held at the Coronado Yacht Club. Her ashes will be scattered at sea, on what would have been her 57th birthday. Some of those ashes will also be scattered on a later date, at the family retreat in Wisconsin, where she had her happiest memories as a child.

The family requests that, in lieu of flowers, donations be made, “In Memory of Michele Lee Paquin,” to Coronado PAWS at: https://pawsofcoronado.org/donate/

Coronado Young Life added a bit of sunshine to Coronado High School students that were missing out on prom due to COVID-19. Here is...
Read more
Community News

Doug DeMuro is a popular YouTuber with over 3 million subscribers. Last week, he went "car spotting" around Coronado so he could "geek out"...
Read more
People

Memorial Day in Star Park, May 27

CORONADO -- Memorial Day is a time to remember, a time to honor our soldiers and sailors. This year, services will take place on...
Read more
Entertainment

For one week only, April 17-23, Coronado’s Village Theatre has an exclusive arrangement to show what has been described as, “The greatest motion picture...
Read more
Advertisement
Advertise Here (Get Rates)