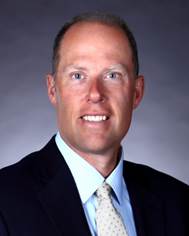 Maurer, who is expected to start June 23, has a nearly 30-year naval career as a Civil Engineer Corps officer. The Navy’s Civil Engineer Corps is a team of professional engineers and architects responsible for managing the planning, design, construction, operation and maintenance of the Navy’s shore facilities. He has served as Naval Facilities Engineering Command’s Operations Officer, Strategic Business Officer and Energy Officer.

City Manager Blair King said Maurer, 51, has extensive experience in public works management, maintenance, construction and service contracting, environmental engineering and strategic planning. He was chosen from a select group of eight finalists from a pool of nearly 100 applicants and invited to interview for the position.

“The City of Coronado will greatly benefit from Cliff’s background as a Civil Engineer Corps officer and his leadership experience as a Navy officer,” King said. “We are pleased to welcome him to the City, where he will oversee both the Public Services and Engineering departments.”

Maurer is a graduate of the U.S. Naval Academy, holds a master’s degree in Civil Engineering from the University of California, Berkeley, and completed the Advanced Management Program at the Wharton School of Business, University of Pennsylvania. Maurer held command posts, including at Naval Facilities Engineering Command’s largest field organization, Naval Facilities Engineering Command Southwest based in San Diego. He led an organization at NAVFAC Southwest responsible for facilities and real estate in a six-state area on the West Coast.

Maurer is a registered Professional Engineer in the Commonwealth of Virginia and a Certified Energy Manager. He currently serves on the Board of Directors of the San Diego Post of the Society of Military Engineers and is a past president. He is also a member of the American Society of Civil Engineers.

The City’s Public Services Department has a $5.6 million budget and 42 permanent as well as a number of seasonal employees, who maintain the City’s physical infrastructure and the City’s beaches, parks, facilities and fleet in the most cost-effective manner. Public Services is responsible for a wide range of services including street, parks and beach maintenance; graffiti removal on public property; parkway tree trimming; sewer main line cleaning and maintenance; stormwater pollution prevention; and household hazardous waste, trash and recycling. The City’s Engineering Department has a $1 million budget and 9 full time and one half-time position. The department manages general engineering services, traffic engineering, project development, street maintenance and improvements, storm drain improvements and the Wastewater Utility Improvement Program.

City Manager King said Maurer, who once lived in Coronado, will soon relocate back to Coronado from Oxnard, where he currently resides with his wife. He will receive an annual base salary of $162,996.