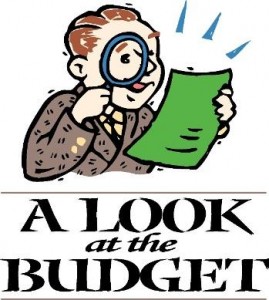 Let’s be responsible and act in the best interests of our entire community. Instead of spinning and blame-shifting the Pension Debt problem to convenient scapegoats, city officials must look inward toward our own current and future resources. Let’s solve the problem. Together. Now. In reality, this is an urgent financial crisis for our beautiful island paradise that deserves our immediate attention. Coronado Pension Debt has spiraled out of control similar to the way a person’s credit card debt can spiral out of control if they merely make minimum payments while simultaneously increasing their spending. In Coronado, city officials continue to spend, spend, spend on non-essentials following the bloated budget plans they approve annually.

This is the second in a series of seven (7) articles on the Coronado Pension Debt. You can read the first article here.

I invite all interested city officials to stop their political posturing, drop the act, roll up their sleeves and join me in solving the Coronado Pension Debt problem . . . Together . . . Now. It’s the right thing to do for our entire community — city workers, Elephant in the roomresidents and taxpayers. Every day spent ignoring this Elephant in the Room causes the cost of the solution to go up, up, up. There is no time to waste being cavalier about it. Failure to act swiftly and decisively results in higher Pension Debt costs for Coronado taxpayers later.

Due diligence and independent research points to an inescapable conclusion: The real culprits in the imploding state and local Pension Crises are the government officials who, as a rule, failed to allocate tax dollars to pay Pension Debts in good times . . . because they deliberately chose to go on a spending spree by wasting finite tax dollars on other things that were a priority to them for obvious reasons. It was easy to run up the Pension Debt because no one was paying attention. There was no oversight.

In reality, Coronado is no exception to this Pension Debt rule. . .

Starting at midnight tonight, Coronado beaches will be closed to help reduce the spread of the Coronavirus. Coronado was the last remaining city in...
Read more
City of Coronado

Coronado Beaches Close at MidnightAll Coronado Beaches are closed for the duration of the public health emergency effective tonight at midnight.In anticipation of further...
Read more
City of Coronado

https://www.youtube.com/watch?v=iEjB1hYy794The City has closed its beach on weekends. Find out what else is closed and what remains open in the latest edition of the...
Read more
City of Coronado

The City plans to resume certain commission meetings in the coming weeks that will be held virtually. The City added a third meeting. The...
Read more
City of Coronado

It's easy to understand the Coronado Pension Debt problem if you think of it like credit card debt. This is the fourth article...
Read more

The strong denial by city officials is a big obstacle to solving the Coronado Pension Debt problem. But interested residents can reject the...
Read more

$ 332 million is a conservative estimate of Coronado's debt that's hidden off our balance sheet. It's excessive. It's unacceptable. To give you...
Read more