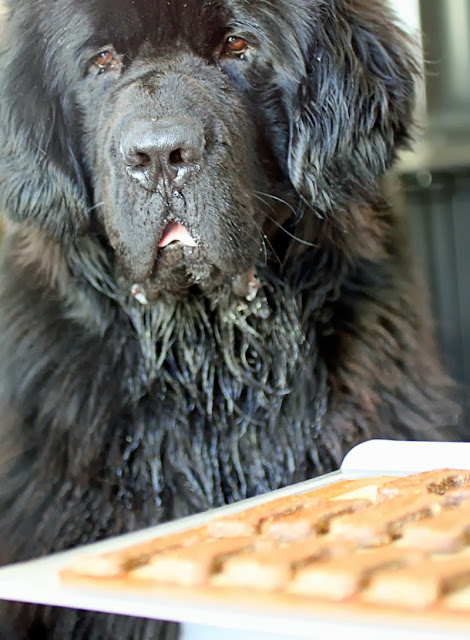 This year I entered a recent photo of Trapper in the Pet in Action category. A few weeks later, I received an e-mail from the newspaper copywriter advising me Trapper would be on the cover of Coronado Magazine and to stop by the office for some extra copies. Yeah, we won!

The Eagle came out a few days later with the Coronado Magazine tucked inside. WOW, a big color photo of my boy plastered on the cover! I excitedly flipped through the pages to find the winners in each category. What? Trapper didn’t even place?!! After seeing the tiny photos of the winners, buried on pages 17-18, I willingly accepted defeat. Yep, that’s okay, Buzi, Dodge and Luke…look who made the cover and who has a full jar of Bouchon Bakery Dog Treats!

My cover boy deserved a treat, and I’ve been promising to make him the dog treats in my Bouchon Bakery cookbook. Leave it to Thomas Keller to come up with foie gras and bacon dog treats (he originally used foie gras trimmings from The French Laundry, but now uses chicken livers). Trust me, Trapper couldn’t tell the difference and I’ll bet your dog won’t either.

Heat a large nonstick frying pan over medium-high heat. Add the bacon and cook for about 10 minutes, until it has rendered its fat and is a rich golden brown. Remove from the pan and drain on paper towels.

Pour off all but 2 tablespoons bacon fat. Add the chicken livers to the pan and sauté, turning them frequently and smashing them slightly, with the back of a large spoon, for about 5 minutes and broken down to a paste. Remove from the heat.

Place the bacon in a food processor and pulse a few times to grind it. Add the chicken livers and process to combine, and then add the cornmeal and process until you have a coarse mixture.

Transfer the mixture to a bowl of a stand mixer fitted with the paddle attachment. Turn the mixer on low, slowly add the flour, and mix to combine. Slowly pour in the chicken stock and mix until the dough begins to gather around the paddle and feels moist to the touch. Remove the dough from the mixer and knead it just enough to combine.

Position the racks in the upper and lower thirds of the oven and preheat oven to 250 degrees. Line two sheet pans with silpats or parchment paper.

Roll out the dough to about 3/8 to 1/2-inch thick. Using a dog bone cutter, or whatever shape you desire, cut out the treats and arrange them on the prepared sheet pans. Knead the trimmings together, roll out, and cut out the additional treats.

Bake until the treats are completely dry, about 3 hours (1-½ hours in a convection oven). Remove from the oven and lower the temperature to 200 degrees.

For the glaze: Whisk together the ketchup and egg whites in a small bowl and brush it over the top of the warm treats. Return the pans to the oven and bake for 20-30 minutes, or until the glaze has set. Place the pans on a cooling rack and cool for 5-10 minutes, then transfer the treats to the rack to cool completely.

The treats can be stored in a covered container for up to 1 month. 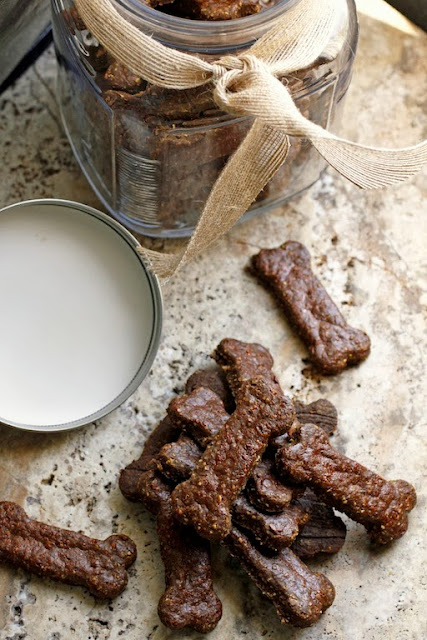 Enjoy,
Denise & Trapper
There’s a Newf in My Soup! 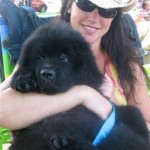 Feeling a Little Blue at Concert in the Park

Coronado Concerts in the Park – It Never Rains at Hotel California