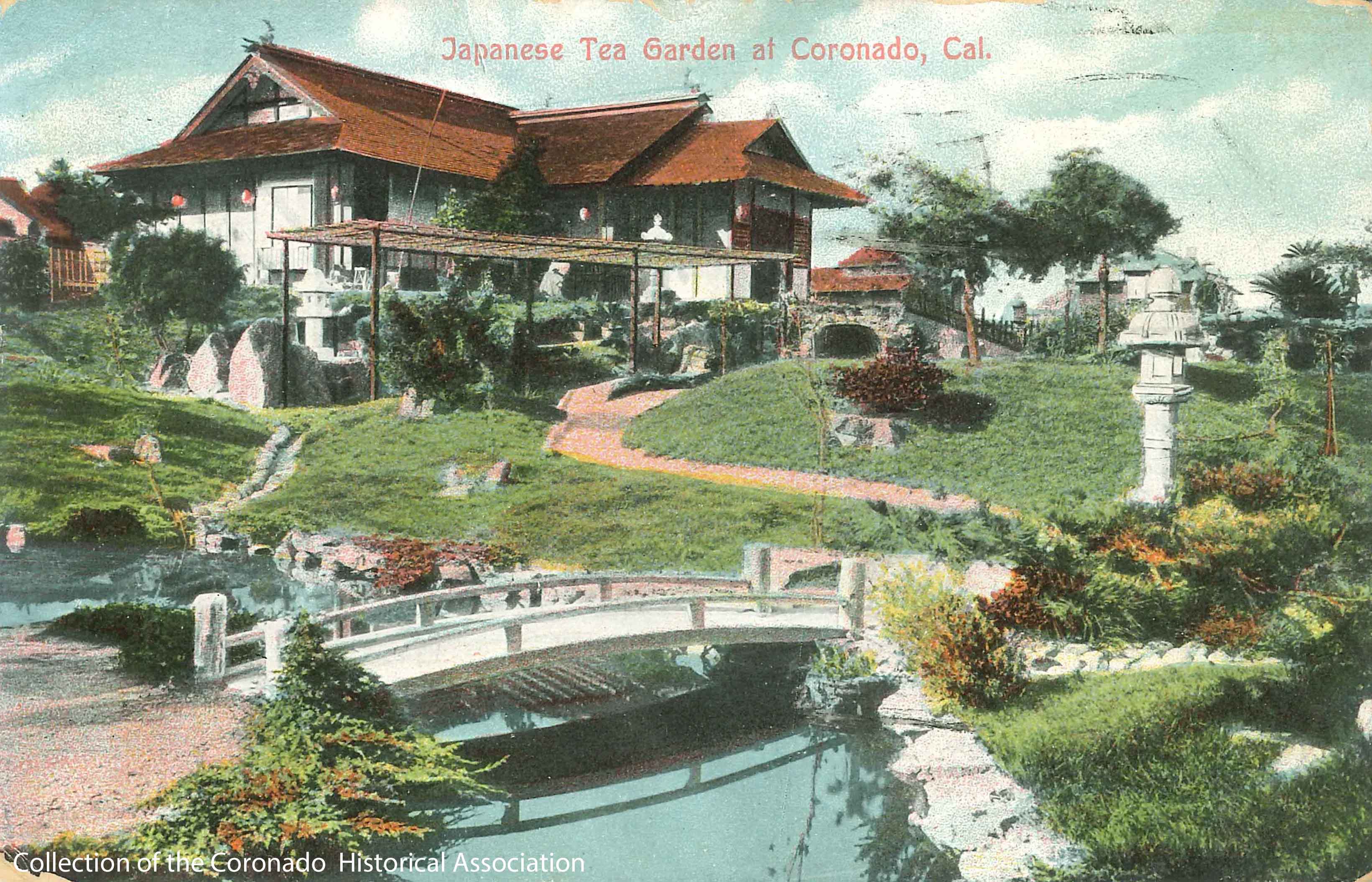 Japanese Tea Gardens were an intriguing and unexpected oasis for Coronado residents and visitors for almost forty years. The gardens were a place to relax and enjoy the beauty of simplicity away from the hectic outside world. Many would take walks through the perfectly kept dirt path, or ease their minds by resting near running water or viewing graceful Koi fish.

Coronado’s Japanese Tea Garden was not the first of its kind in San Diego. In the latter nineteenth century, the Mission Cliff Garden captivated San Diegans through its exhibit of a miniature Japanese Tea Garden display. The California Midwinter International Exposition in 1894 introduced the first full-sized Japanese Tea Garden to the state through the efforts of landscape architect Makoto Hagiwara and Golden Gate Park superintendent John McLaren. 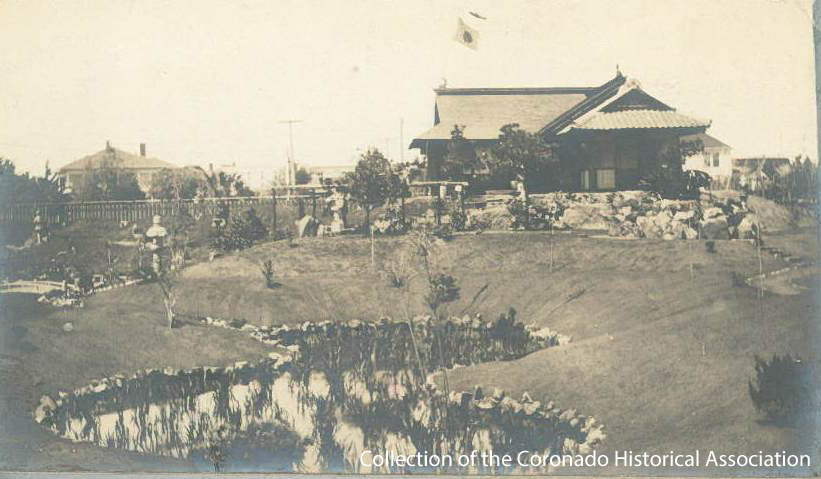 Hagiwara’s team of assistants included one George Marsh who came to Coronado at the request of John D. Spreckels to build the city’s own garden, in part as a recreational and relaxation outlet for guests of the Hotel del Coronado. For a rent of a dollar a year, Marsh established the garden on Ocean Boulevard, about where Marina Avenue is today.

In 1905, Coronado experienced a horrendous storm that swept away much of the garden. Motivated by the garden’s initial success and acclaim, Marsh and Spreckels quickly reestablished the garden behind the Spreckels Mansion overlooking Glorietta Bay. Now, in a safer location closer to the hotel, the garden flourished and became a popular destination for birthday parties and receptions for those in Coronado.

By the late 1930s, anti-Japanese feelings across California signaled the end of the fabled Coronado Japanese Tea Garden. Ira Copley, publisher of the San Diego Union, purchased the tea garden property from the Spreckels family. In 1949, it was subdivided further into over a dozen new residential and apartment lots near the corner of Adella Avenue and Ynez Place. (Campbell Schengel) 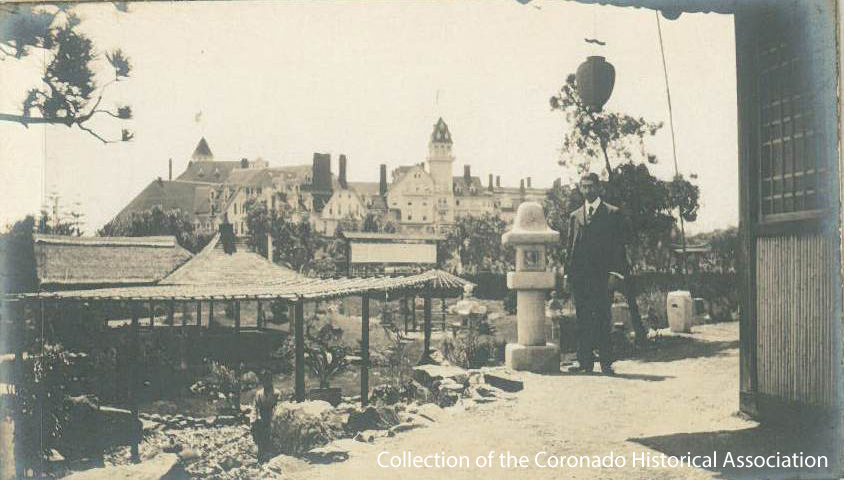