Official trailer for The Great Gatsby

The Great Gatsby, like many of director Baz Luhrmann’s films, takes the audience on an adventure filled with extravagant settings and color. The movie gives the twenties almost a modern feel, most likely due to the soundtrack which features tracks from Jay Z, Lana Del Rey, and Fergie. Based on the novel written by F. Scott Fitzgerald, The Great Gatsby is a whirlwind that keeps you on the edge of your seat.

The story is told through the eyes of Jay Gatsby’s best and only friend, Nick Carraway (Toby Maguire). In the beginning, nobody quite knows who Gatsby (Leonardo DiCaprio) is. That is, until Nick receives a personal invitation to a party from none other than Gatsby himself. Nick and Gatsby form a bond and soon into their friendship, Gatsby asks Nick if he will invite his beautiful cousin Daisy (Carey Mulligan) over for tea. Daisy and Gatsby had met once before though, and this time the audience will wait to see if Gatsby can get the girl.

“As a reader of the book I think the movie was done just as well! It was really extravagant and good,” said moviegoer Emma Pietkiewicz. Overall the film was a fun and entertaining ride. I would recommend this for ages thirteen and up, being that there is some mature content throughout the film. 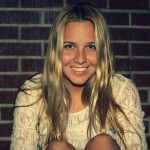 Check Out The Internship – Playing Now At Coronado Village Theatre