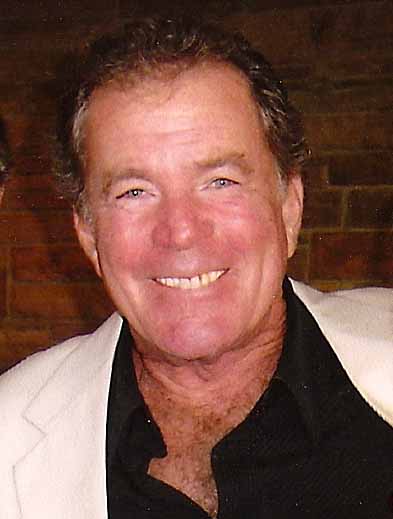 CORONADO – Johnny Downs Jr. was born in Hollywood, California to a famous Hollywood actor. He entered the seminary with aspirations of becoming a priest. He owned a small chain of restaurants in Sweden. But, the signposts of his life steered him in many directions before he discovered his real passion was teaching young children, which he did until the very end. 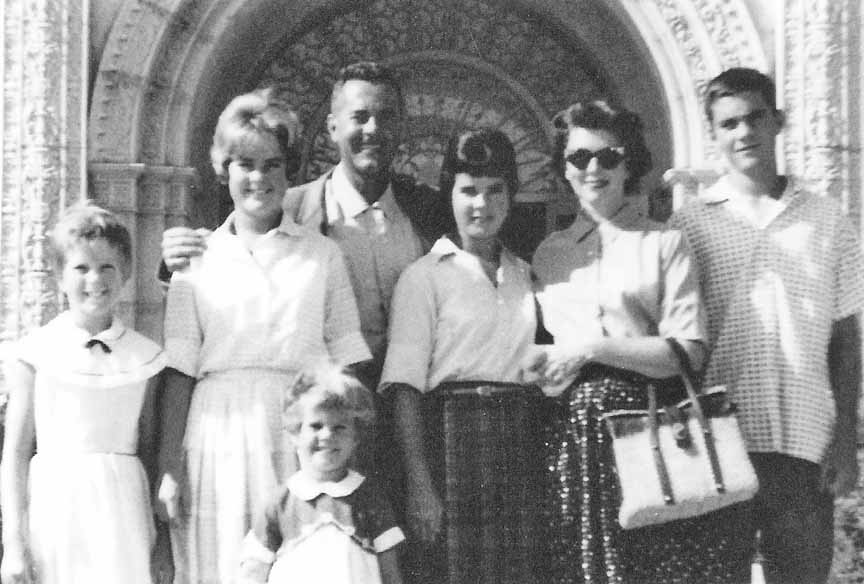 John Gerald Downs Jr. was born Oct. 1, 1944 to John and June Downs. He was the only son amongst five siblings. John passed December 24 after a brief battle with cancer. He died at his home, surrounded by family and close friends at the age of 67.

His father was a star of Vaudeville, the Broadway stage, the big screen and TV. Johnny Downs Sr. was a child actor in the original “Our Gang” comedy series (1923-1926), and went on to star opposite such actors as Ronald Reagan and Judy Garland. While the senior Downs had almost 100 film credits, he was better known for his singing and dancing (https://www.youtube.com/watch?v=t-38d1P0yF8).

In 1953 he retired from show business and moved his young family to Coronado. He hosted a popular television cartoon show for more than a decade with his signature greeting, “Howdy, howdy, howdy.” 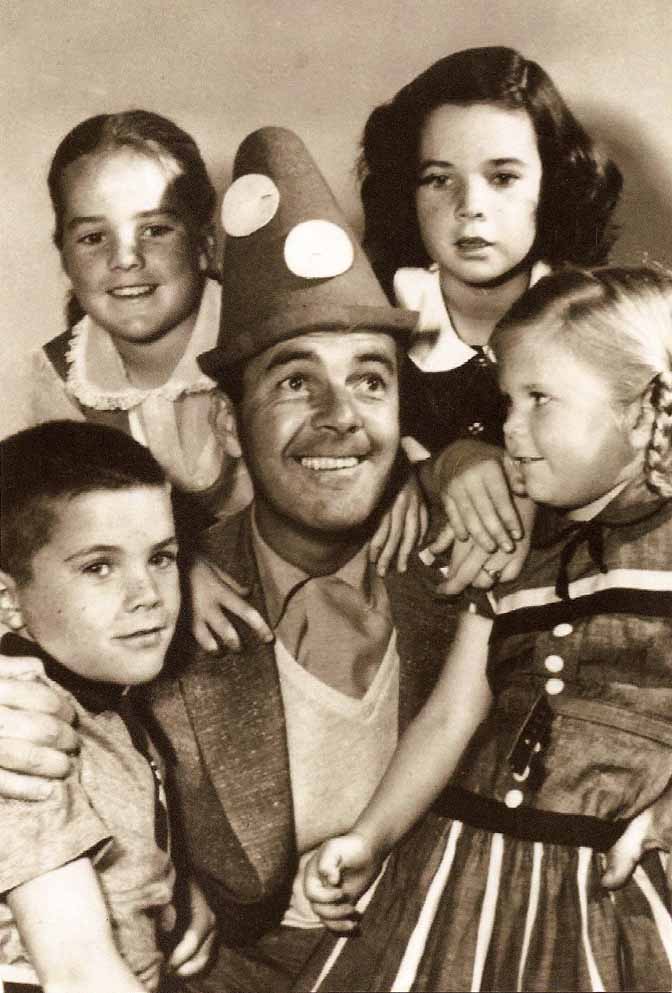 Young Johnny Downs, left, found himself an accidental celebrity, along with his siblings, due to their father’s fame as a movie star, and as seen here, host of a popular afternoon cartoon show.

Johnny Downs Jr. went to Sacred Heart Parish School and then University High School (Class of ’63). He attended college at Gonzaga University, and then entered the seminary at the University of San Diego, where he studied for three years for the priesthood before changing his major to philosophy.

He graduated with a degree in philosophy and an impulsive desire to see the world. He went to Germany, where he attended the University of Heidelberg for two years, majoring in philosophy and religious studies. In his spare time he took odd jobs in restaurants, hospitals, and teaching English before deciding to explore the world of culinary arts.

A quick study, and blessed with his father’s good looks and charm, John began to absorb every aspect of the restaurant industry. He attended an international chef school in Sweden, and then opened three restaurants in that country, offering a wide variety of American dining experiences to his customers.

Impassioned about his career, John worked 18-hour days for nine years before a collapsed lung convinced him to return to Coronado and his family.

Once back in Coronado John decided to get his teaching credential (1979), and it was in this field that he found his greatest professional gratification. John began teaching at the Tiffany Elementary School in Bonita, and then transferred to the tougher challenges of the Lauderbacht School in Chula Vista. He was there for 18 years before moving to Vista Square Elementary School, where he worked the final five years of his teaching career.

John specialized in math, language and science and was adored by his many young students. He was rewarded as “Teacher of the Year” for his efforts. John had retired from teaching in June 2011, just six months before his untimely death. 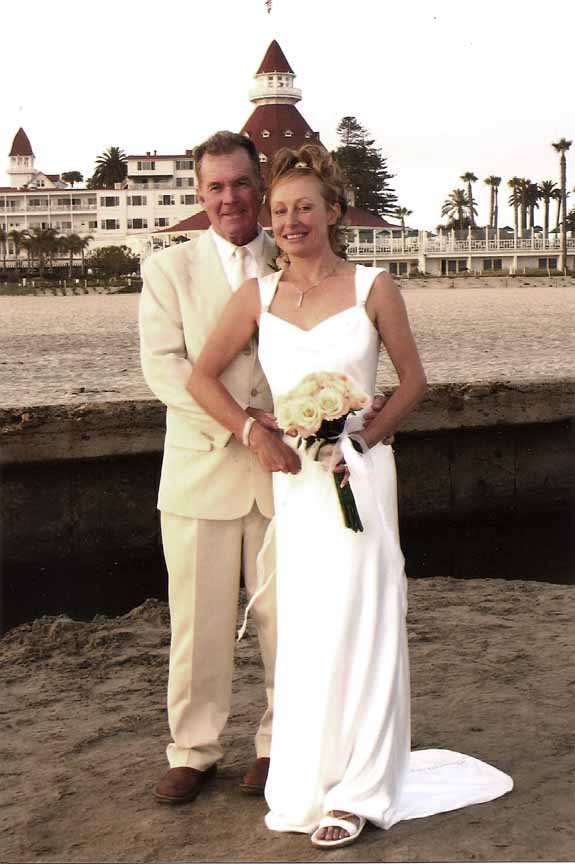 Johnny Downs married Lila Ivanova in 2006. It was a match made in Heaven, and later described by her as, “The most wonderful ten years of my life. He changed me completely, and I miss him terribly.”

John found an unexpected treasure in 2001 when he met and fell in love with another teacher, Lila Ivanova, from Kiev, Ukraine. They were married in 2006 and resided in Coronado, a place John always considered his personal paradise and one of the most beautiful spots on the planet. “Meeting Johnny was the greatest single moment for me,” said Lila. “Our ten years together were the best years of my life.” 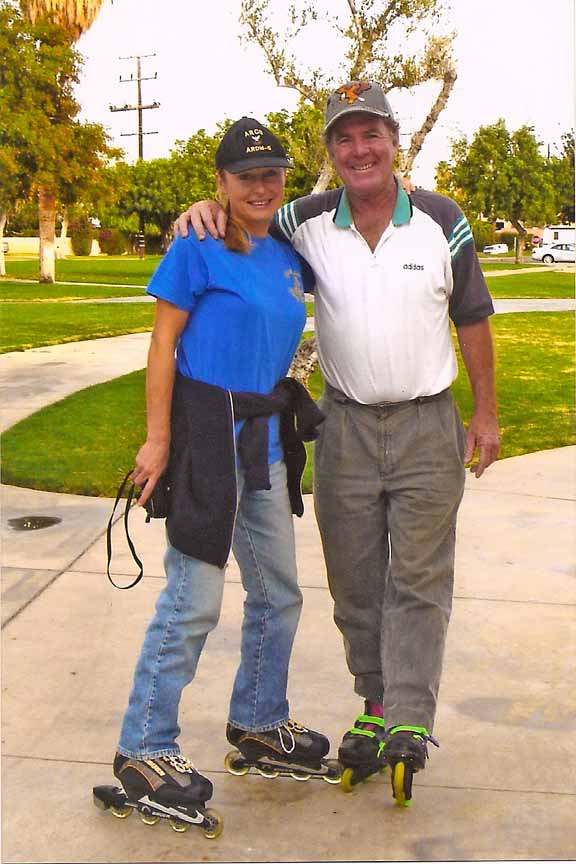 Johnny Downs was a gifted athlete. While he loved the beach and the ocean  surfing, diving, sailing, fishing and kayaking  his primary love was tennis. He was a doubles specialist. He had very quick hands at the net and subscribed to the aggressive serve & volley approach to the game, which made him a popular doubles partner. 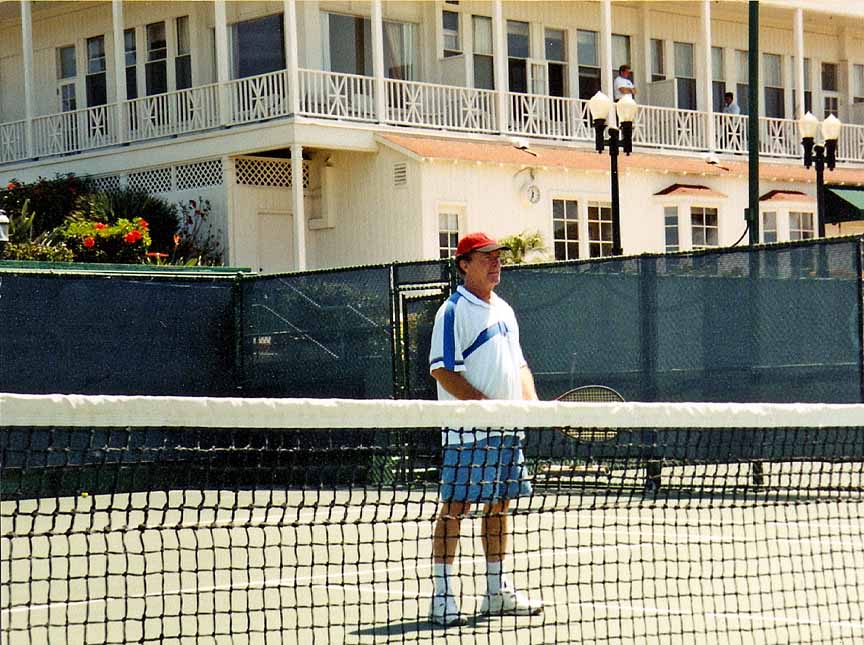 “I remember in 1965 my parents let my brother Johnny take me to the Beatles Concert at Balboa Park,” remembered sister Reene. “I was only nine then. My brother was such a good guy. He had this marvelous free spirit and was a one-of-a-kind person. A decade separated us in age, and he was gone so many years, but I dearly loved my big brother.”

Sister Mary was the oldest of the Downs children. She recalled her brother visiting her in Germany. “Johnny came to visit us in Waldorf,” she said. “It was Christmas 1972 and he made this grand entrance in his classic Porsche. In the back seat he had his gift for my children, a real Las Vegas one-armed bandit.

“Yes, a slot machine with a bag of Swedish Kroner to feed it,” she recalled fondly. “That slot machine followed us around the world and became one of our icons for Johnny. His gift embodied one of his favorite sayings that revealed so much of his compassion and love for others: PAY IT FORWARD.'” 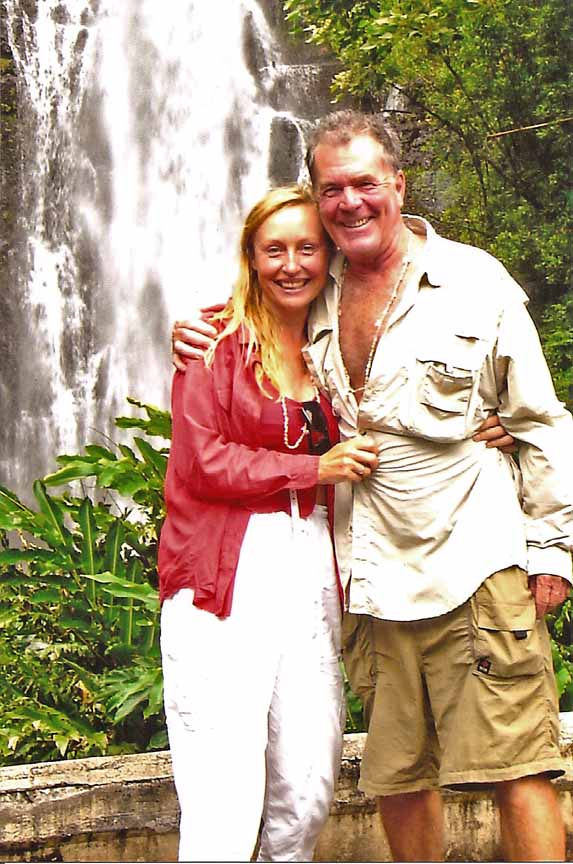 Johnny passed away during the Christmas holiday season, prompting his sister Mollie to write a poem, part of which included: “Snowflakes are with us for far too short a time  just like John.” While the Downs children had married and gone their separate ways over the years, John’s illness brought them all together once again. That pleased John very much in his final moments.

Private services were held and John’s ashes were scattered in the water off the rocks in front of the Hotel del Coronado  the place where he and Lila were married, and a stretch of beach that had brought John so much joy in life. The family asks that in lieu of flowers, donations be made in his name to San Diego Hospice. 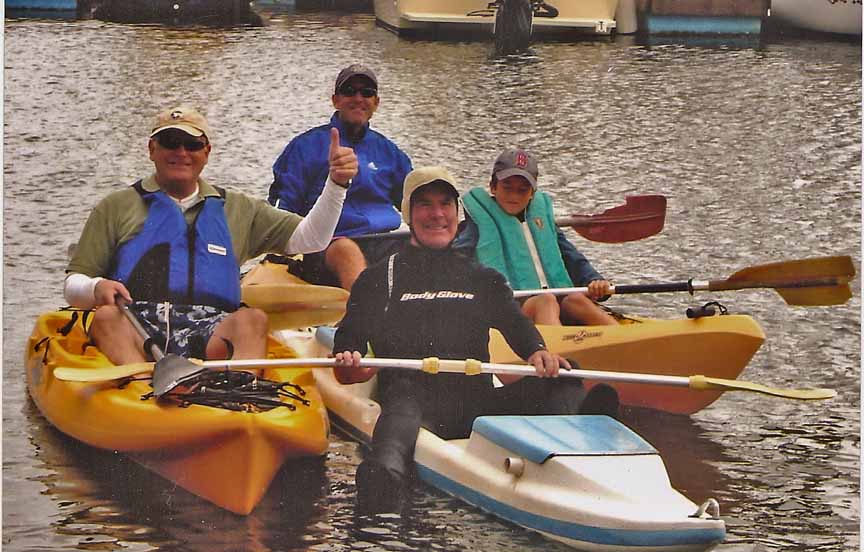 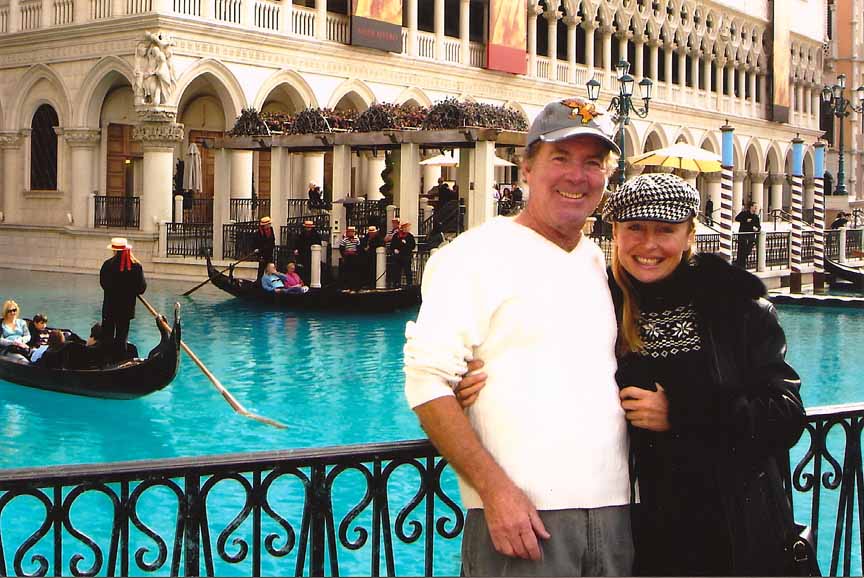 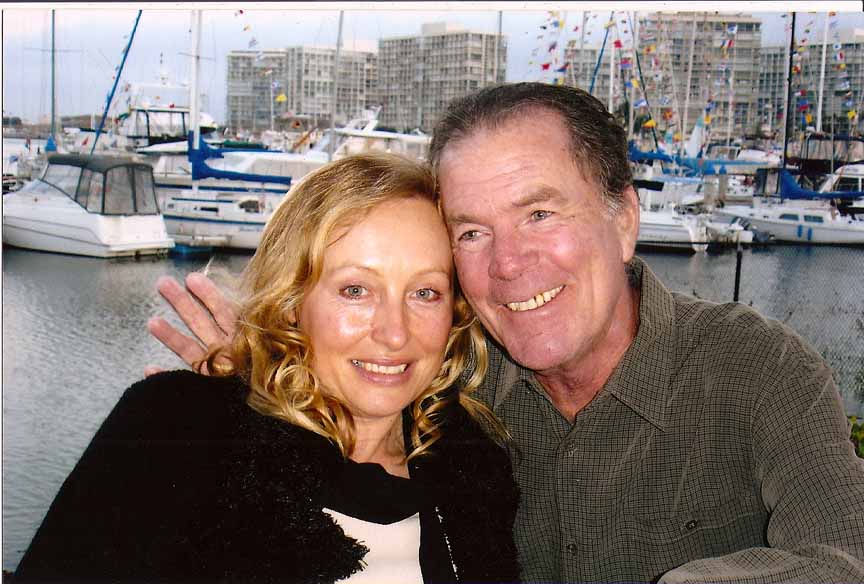 This obituary was written by Joe Ditler and LivingObituary.com.