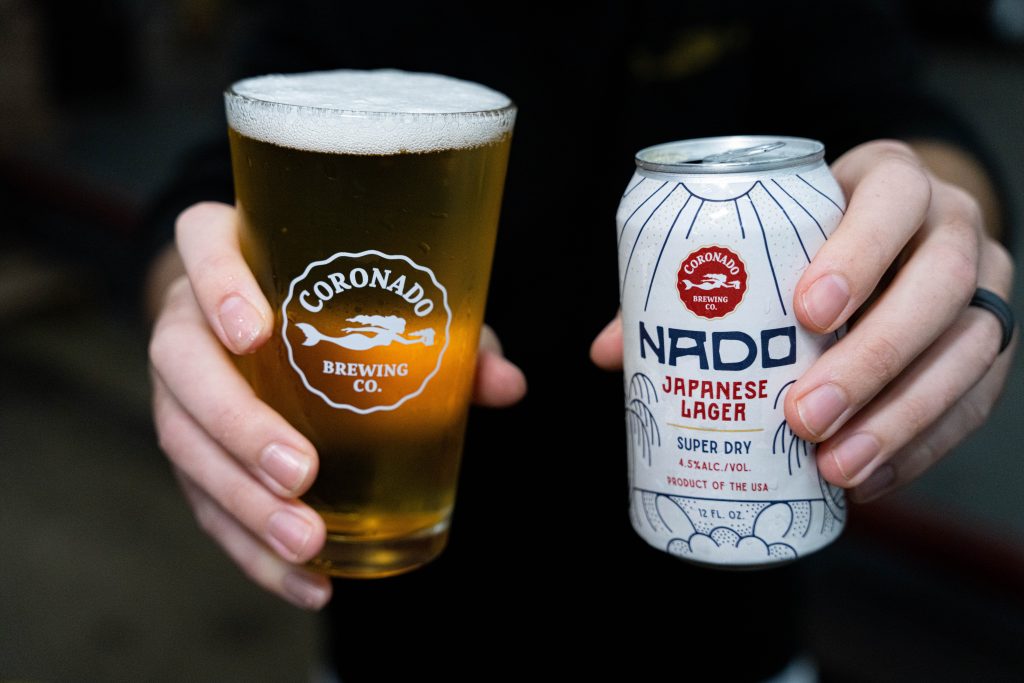 The brand’s newest major addition, NADO (NAH-doh) Japanese Lager, becomes the company’s newest lager to join its core portfolio. Brewed with jasmine rice and a touch of Hallertau Mittlefruh hops, NADO is an impeccably drinkable lager with a super dry, crisp finish balanced by a subtle hop essence of yuzu and citrus. The beer hits shelves January 6th at Coronado Brewing’s three brick-and-mortar locations — Bay Park Tasting Room, Coronado Pub, and Imperial Beach Restaurant — and will be available for purchase outside the brewery within the first quarter of 2023 in 12-ounce, six-pack cans.

In 2023, CBC’s crowd favorite Salty Crew Blonde Ale will be available in 19.2 oz cans. The new, larger format will be sold in convenience store chains and larger venues like stadiums, arenas, and concert halls. Launched in 2020 as a multi-year collaboration with San Diego lifestyle brand Salty Crew, the Salty Crew Blonde Ale was named a winner in the Great American Beer Festival awards and quickly became a standout hit within CBC’s portfolio. Dubbed a “boat beer” for its versatile, refreshing taste enjoyed both day and night, sales of the brand have doubled over the first year of production. “Adding the single-serve can give customers even more ways to enjoy Salty Crew,” said David Schrieber, vice president of sales for Coronado Brewing Company. “This new size is going to make it easier to grab a beer on the go, whether you’re stocking up for a day out on the water or kicking back in the evening at a game or concert.” 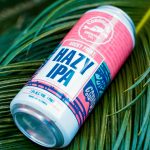 Also launching this month is the brand’s all-new Surf Break Series, a seasonal rotation of small-batch, hazy IPAs featuring unique hop blends specifically selected for the series. Named after iconic surf breaks around the world, 2023’s releases include Rocky Point (January – April), Cloudbreak (May – August), and Fossil Beach (September – December). “The Surf Break series is all about creativity and innovation,” said Chris Sartori, Head Brewer at CBC. “It’s our chance to push the envelope with new brewing methods, experimental hops, and unique recipes… and have some fun while we’re at it.” This new series will be available in 16-ounce four-pack cans at Coronado Brewing Company’s three San Diego locations as well as retailers across CBC’s markets.