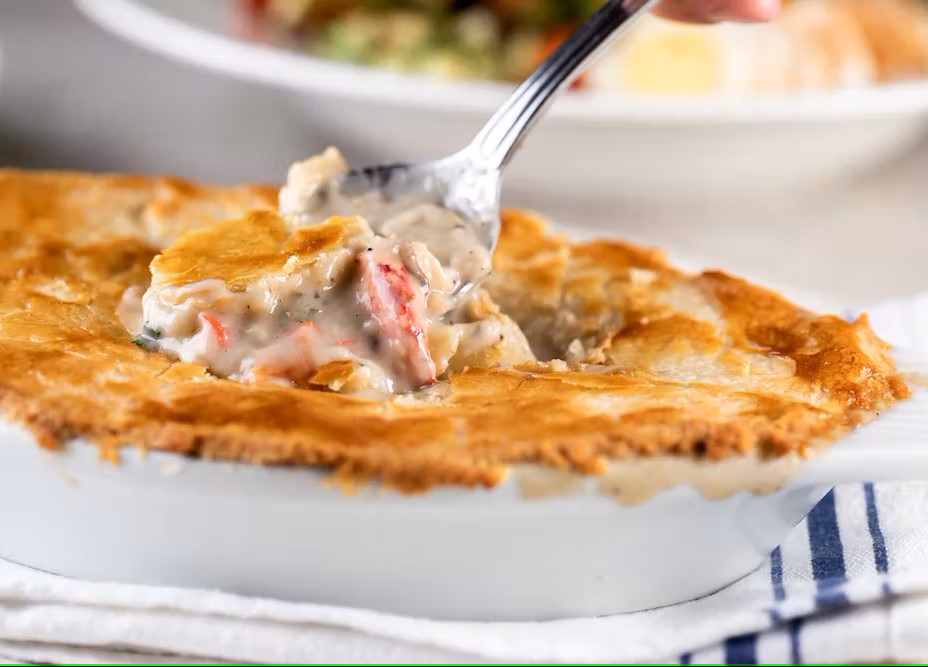 Lobster Pot Pie, the classically rich New England holiday delicacy, is the star attraction of the Second Tuesday Tasting in November at Bluewater Boathouse Seafood Grill across from the Hotel del Coronado on Glorietta Bay.

To encourage seafood fans to vote on Tuesday, Nov. 8, Election Day, the restaurant has moved its monthly seafood and wine pairing back one week to Tuesday, Nov. 15.

“Lobster Pot Pie is a dish that every self-respecting New Englander enjoys at least once during the holidays,” said Bluewater Grill co-founder and co-owner Jimmy (Jim-U) Ulcickas, who is a Massachusetts native. “Our version from Jasper White updates the original with sustainably harvested Maine lobster and other ingredients for a West Coast audience yet the result is the same level of indulgence that locals have been loving for decades.”

The price of the Second Tuesday Tasting on Nov. 15 is $55 per person, which is $15 off the $70 value. Seatings begin at 6:30 pm, and reservations are strongly encouraged.

About the Bluewater Family of Seafood Restaurants

Bluewater Grill specializes in the freshest sustainably caught or farm-harvested seafood, innovatively prepared, in an atmosphere of casual style and at a surprisingly affordable price.

In addition to the original location in Newport’s Cannery Village, there are Bluewater Grills at King Harbor in Redondo Beach in Los Angeles County’s South Bay; in a newly remodeled space in central Phoenix; in Temecula Wine Country in Southern California’s Inland Empire; over the water on Avalon Bay on Catalina Island; and in the former Hotel del Coronado boathouse on Coronado Island in San Diego.

Bluewater’s two newest restaurants are in Carlsbad Village in northern San Diego County and in an iconic lighthouse on the Santa Barbara beachfront.

For locations, operating hours, menus and other details, go to www.bluewatergrill.com or visit us on Twitter or Instagram. Each Bluewater Grill also has its own Facebook page for restaurant-specific promotions, events and local happenings.