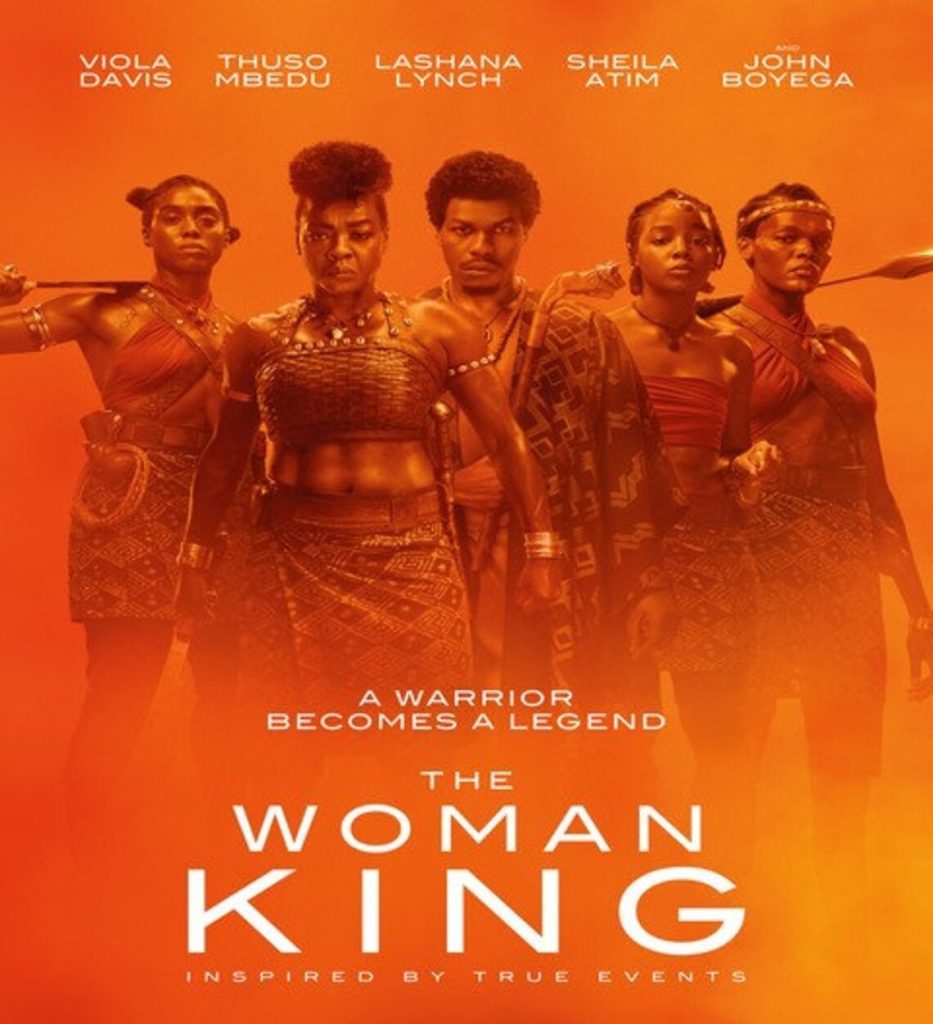 Set in the 1820s, The Woman King is a striking historical film that centers around the West African kingdom of Dahomey and an all-female warrior group called the Agojie that strives to protect its people against a rival empire and its involvement in the infamous slave trade.

The opening scene features General Nanisca, spectacularly played by Viola Davis, who leads a successful assault on the Oyo Empire after Dahomean women were captured by slavers. Back in the palace, a fresh wave of warriors are being trained to protect the kingdom, one of which is nineteen-year-old Nawi (played by Thuso Mbedu) who was offered to the king after she refused to marry the men of her father’s choice.

Nawi quickly captures the attention of Nanisca because of her stubbornness and disobedience, but she shows immediate potential and eventually finishes first in the final test of the Agojie’s training.

European slavers Santo Ferreira and Malik, who is half-Dahomean, arrive in Africa to purchase captives from the Oyo Empire. Nawi learns that the Oyo are going to carry out another raid on Dahomey, and Nanisca consequently leads the Agojie in an offensive attack.

The rest of the movie weaves in Nanisca’s harrowing past, her relationship with Nawi, and the contention between the two kingdoms vying for power. With action in nearly every scene, this film was both entertaining and enlightening to the horrors of the African slave trade and the brutalities that occurred between rival tribes. There was also a dash of drama, so moviegoers certainly will not get bored watching!

My guest Tim shared, “It was interesting to see how slaves got their rare revenge. Mother, father, and daughter are unknowingly tangled in this tale of man’s inhumanity to man.”

This emotional journey of General Nanisca will take any watcher through a roller coaster ride of warfare, secrets, and the crowning of The Woman King.