The September Emerald Keeper of the Month is Uwe Werner, a life-long environmentalist and a locally and nationally-recognized artist. Uwe shares his respect for our earth through his art, insight and awareness of the wonder of our planet’s amazing wildlife and majestic ocean. 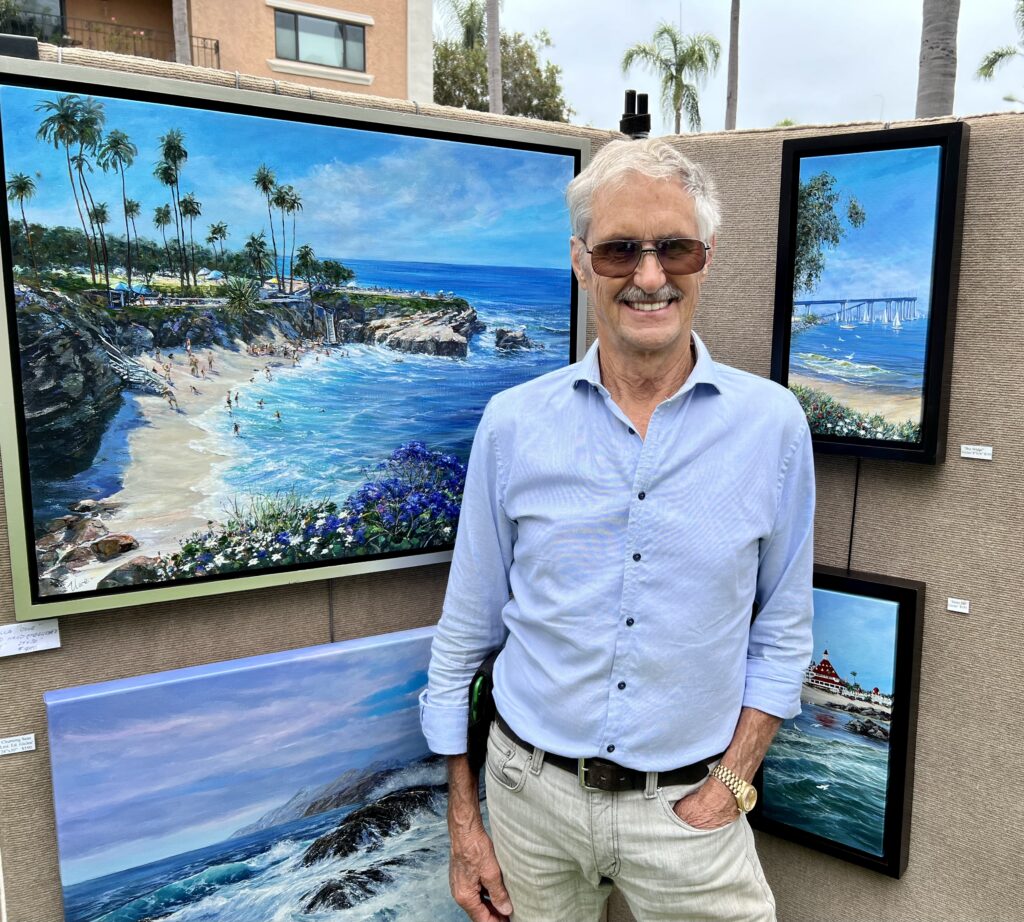 In Spreckels Park one recent summer Sunday afternoon, several Emerald Keepers spoke with Uwe at Art in the Park. He was surrounded by his vibrant paintings of ocean scenes that bring the sea to life, which is so much in concert with Uwe’s passion as he talked about caring for the environment.

Getting his start in the 1970s, Uwe’s paintings inspired many with his portrayal of the beauty of nature; and he opened an art gallery in Coronado across from the Hotel Del.  Using his architectural and creative skills, he renovated his Coronado home and gardens in an artistic style. Bridge & Bay, The Coronado Magazine featured the home, which was also part of a CHA Home Tour. When asked how Coronado’s landscape and its people affected his work as an artist he said, “Coronadans made my career because they embraced me so totally.” 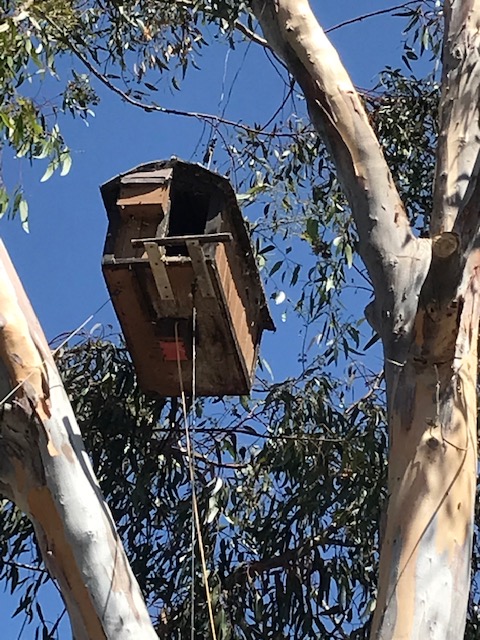 On that Sunday, Uwe shared photos of a nest he created that has been home for a family of barn owls. Describing the birds with much admiration, he reflected on their very strong sense of hearing and inquisitiveness. They know how to hunt, and are invaluable in getting rid of rodents. Using his creative skill, Uwe built a nest that would attract barn owls to a home on his Bonita ranch. Soon a female owl was “checking it out;” and today, years later, the nest continues to be home to an owl pair, and the birthplace of many baby owls. He has set up a camera inside the nest, recording the daily lives of these helpful birds and believes it is the same pair of owls that returns each year.

The life of this environmentalist is filled with fascinating narratives as he shares his passion for nature (often almost painting a picture with his words). Whether about recycling, reusing, composting, or creating environments where nature thrives, Uwe admires the world around him and helps protect it. He is just as passionate when asked what all of us can do to honor our earth and our ocean. Uwe said, “Respect what we have been given and don’t abuse it. Respect the planet as we respect people we care about.”