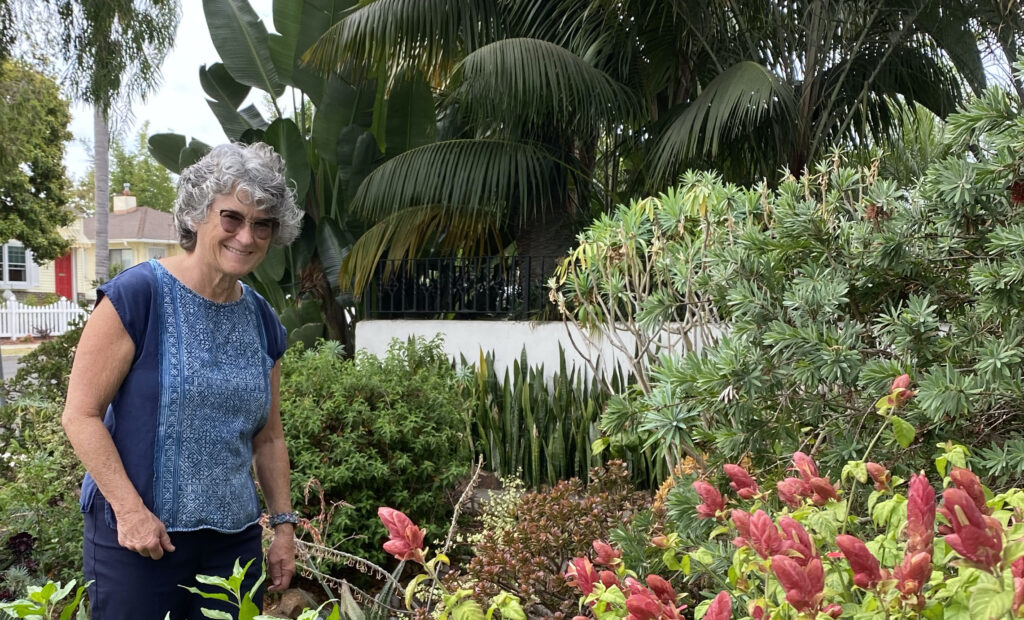 At the 100th Anniversary of the Coronado Flower Show this past April, water wise home fronts were judged for the first time for water conservation and attractiveness. Abby Berk, Emerald Keepers’ board member and organizer of Emerald Keepers’ Water Wise Home Fronts, explained, “The Coronado Flower Show home-front judging program provided the perfect opportunity to appreciate and recognize the many Coronado homes that have embraced water conservation while maintaining beautiful landscaping. A team of Emerald Keepers and California American Water volunteers surveyed homes in the Village and Cays to identify twenty winning Water Wise Home Fronts.”

Emerald Keepers featured these winning home fronts on a poster display at their booth at the Flower Show. Coronado native Kathleen McCabe visited the Emerald Keepers booth and shared that 30 years ago she began turning her sizable front yard of crabgrass into a more sustainable water-wise home.

She began digging up the grass by hand a little at a time, as there was a drought then, too. After researching native plants, she began adding them to her yard, also experimenting with other plants to determine what might grow best. McCabe still has some of the original plants from 30 years ago. She says, “In the beginning I did lots of research. Now it’s trial and error.”

Today McCabe’s yard and garden contain a variety of drought-tolerant plants that include nandina, lavender, salvia, rosemary, tree mallow, bush mallow, jade, hibiscus, African daisies, lion’s tail, California poppies, succulents, jacaranda trees, bromeliads, and clivia to name a few. The design of the yard and garden has evolved over time and now, in addition to the many plants, trees and flowers, she has stone and gravel paths, a curved sidewalk, and brick borders.

McCabe waters her yard and garden about three times a week for 5 minutes in the summer, less in the winter and not at all for a few weeks if it rains. Mulch, which she receives free from EDCO twice a year, helps to maximize the water that is in the ground. She says she can let yard work go for months at a time with pulling up only an occasional weed. However, several times during the year, she might spend a few eight-hour days dividing, relocating and pruning her impressive selection of plants.

Asked why it is important for her to be an Emerald Keeper, McCabe responded by saying, “Being an Emerald Keeper puts a name to what I have always strived to do: take care of the environment in which I live, recycle and reuse, and also to use resources wisely and sparingly. I have always tried to make my surroundings a better place for myself and for everyone else.”

Congratulations to Kathleen McCabe, August Emerald Keeper of the Month. 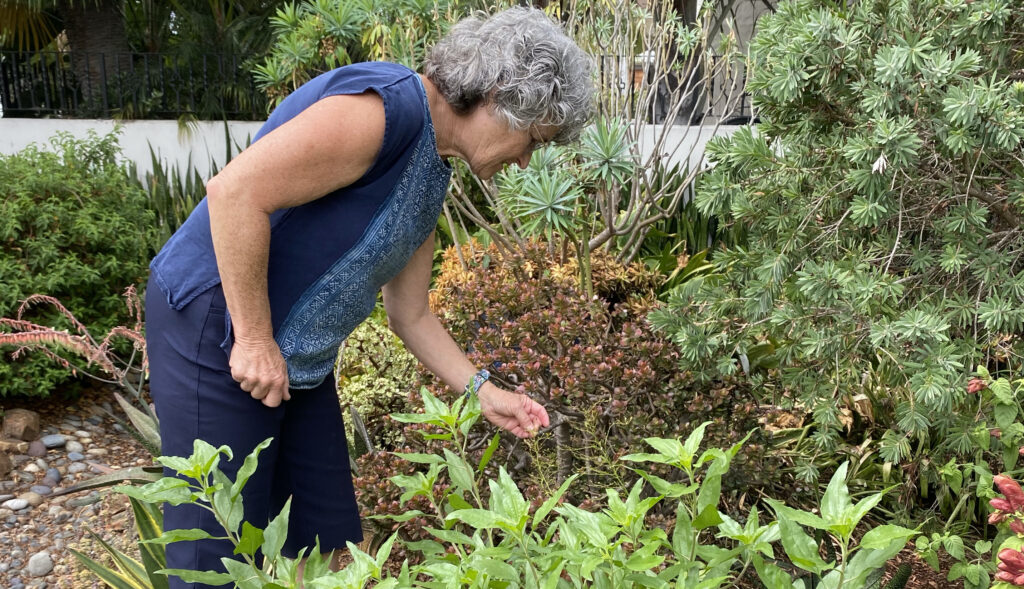