“Minions: The Rise of Gru” Returns With a Vengeance 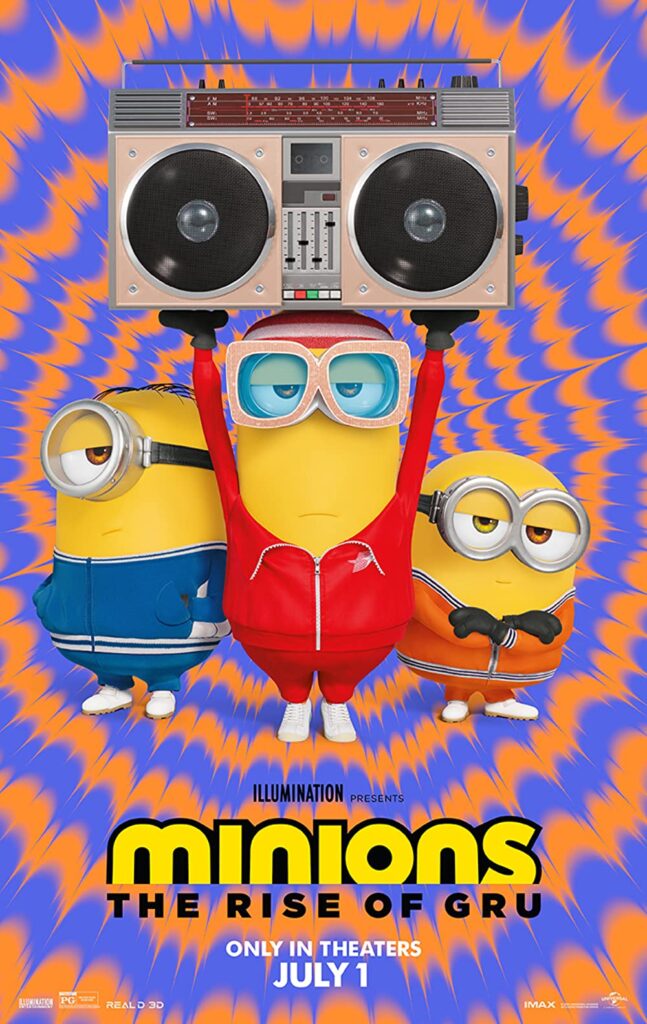 Minions: The Rise of Gru was everything I expected it to be. After a two-year delay due to the COVID-19 pandemic, this fifth installment in the Despicable Me franchise was well worth the wait.

The animated film follows eleven-year-old Gru (Steve Carell) and his Minions (Pierre Coffin) after Gru accepts an invitation to audition for a spot on the Vicious 6, a villainous group consisting of Belle Bottom, Svengeance, Stronghold, Nunchuck, and Jean Clawed. Wild Knuckles, the former leader of the Vicious 6 was betrayed and manipulated to capture the Zodiac Stone, which is heavily related to the Twelve Chinese Zodiac signs.

Gru and his trusty minions Bob, Kevin, and Stuart steal the Zodiac Stone in an attempt to show how villainous they are capable of becoming. In the process of doing so, Gru is captured by the lone Wild Knuckles, who had miraculously survived his betrayal of the Vicious 6. In a turn of events, Gru and Wild Knuckles begin to form a close connection and the two eventually become partners in crime.

Meanwhile, the three Minions meet Master Chow, who teaches the trio kung fu in order to save Gru. With the clock approaching midnight and a Chinese New Year parade in full swing, the Vicious 6 is in possession of the Zodiac Stone and use its power to turn themselves into animals of the 12 Chinese Zodiacs.

The ending of the film depicts how friendship and good-heartedness play important roles in villainy, and Gru receives his wish of teaming up with Wild Knuckles as partners in crime.

My fellow moviegoer Emily shared, “It was fun to see the new installment of the series because I grew up watching all of the Minion movies. I loved how the story showed how Gru became a villain and I got more of a backstory from this. I think kids and adults would both love to watch it!”

Bursting to the seams with exciting action scenes and hilarious jokes, this movie is for anyone looking for a good laugh and a hearty time to enjoy.