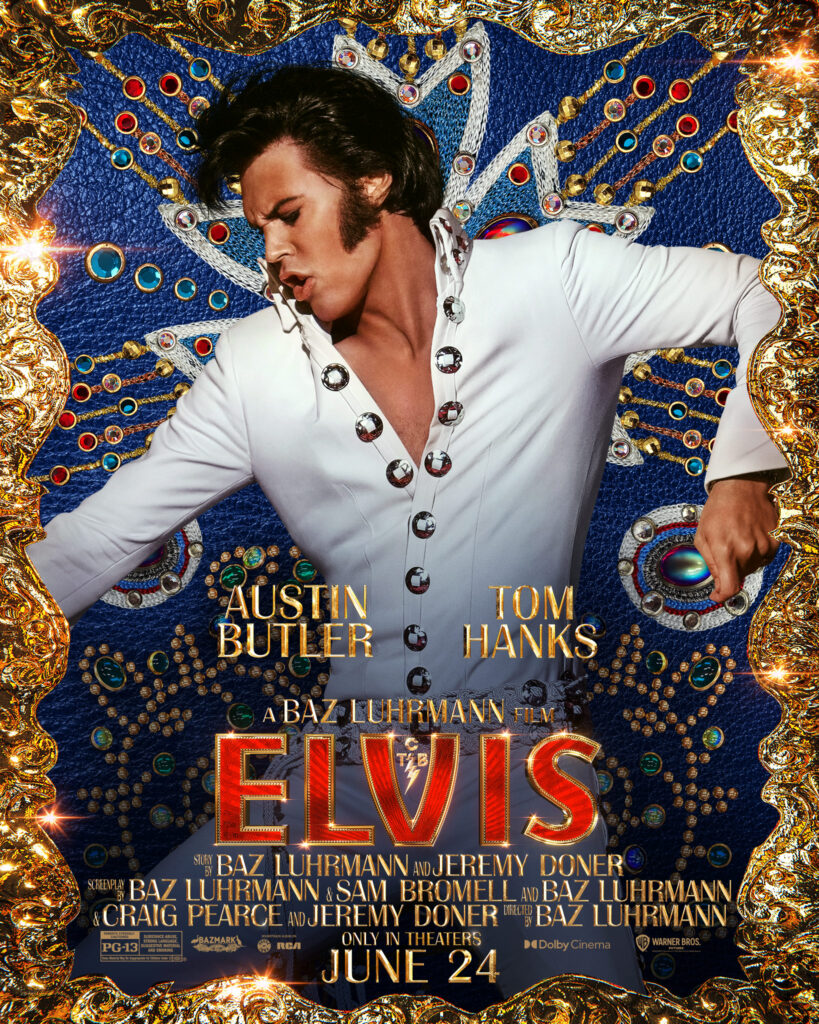 As a beautiful tribute to fans everywhere, Baz Luhrmann’s ELVIS takes viewers on a plane flight through the life of one of the most influential figures of American pop culture. His career transformed the world and entertainment industry by pushing boundaries into where we are today.

The King of Rock ‘n’ Roll has been resurrected on the big screen with an outstanding performance by Austin Butler. Alongside the young actor is the great Tom Hanks playing the cynical, yet genius manager Colonel Tom Parker.

The film is shown through the eyes of the Colonel as he narrates the early life of young Presley fading into when his career takes off and they cross paths. They share a twisting, supporting love, yet stab-in-the-back relationship as venal pasts come to light. We see how the musician maneuvered his pilgrimage with burdensome claims of corrupting the minds of youth, and self-discovering who the real Elvis is and was. His musical influences of gospel with rhythm-and-blues are heavily highlighted as they fueled his ambitions. Personal pivoting components to his story with family, and finding love with Pricilla Presley, all weave together the biographical film for the full story sweeping you off your feet.

The element of entertainment was brilliantly emblazoned. The infusion of classic tunes of B.B. King with new hits for the motion picture from Doja Cat will attract both a young and old audience. Of course we hear songs like “Hound Dog,” “Trouble,” “Suspicious Minds,” and “Burning Love,” to name a few. Keeping spirits high with a rebellious dancing Elvis, Butler seems to give justice to that signature wiggle.

Recently watching Luhrmann’s “William Shakespeare’s Romeo + Juliet,” going into the theater, I was expecting there to be much creativity. Indeed, my expectations were surpassed the minute the clip rolled. Being a part of a generation who knows the name, but not the historical cultural significance from this musician, I was hooked. Not sure if hardcore fans will leave with questions still unanswered about his life, but personally, I admired such heights the movie reached to fully encompass Elvis Aaron Presley.

My recurring movie guest, Sophia, was in awe leaving her comment as follows, “I wasn’t sure what to think going into this movie, but it ended up being really good! They connected all parts of Elvis from childhood ’til the end. I would definitely recommend this movie.”

Elvis may have left the building, but his memory lives on.