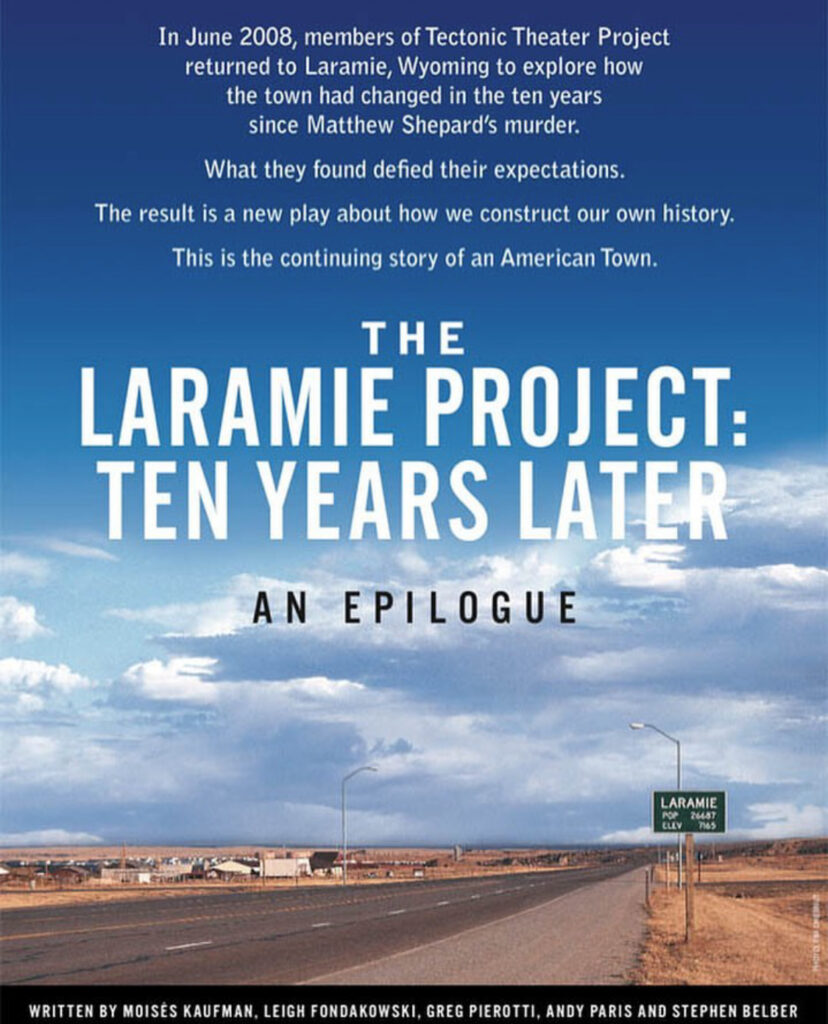 History forgotten is history repeated—a lesson which underscores The Laramie Project: Ten Years Later, CoSA’s latest drama that follows its previous productions of The Laramie Project in 2021 and 2011 and features a cast of Coronado School of the Arts and Coronado High School students. The sequel follows up with the Laramie, Wyoming, community after the brutal murder of gay University of Wyoming student, Matthew Shepard, on October 7, 1998.

Moises Kaufman and members of the Tectonic Theatre Company traveled to Laramie after the tragedy and conducted interviews with the people of the town. These interviews became the 1999 play, The Laramie Project. Ten years later, the company returned to Laramie to try to understand the long-term effect of the murder and found a town wrestling with its legacy and its place in history.

“Even though these events took place decades ago, the subject matter has lost none of its relevance and explores a new chapter of the story of Laramie, Wyoming,” according to director Kim Strassburger, of CoSA’s award-winning Musical Theatre & Drama conservatory, “It asks the fundamental question, ‘How does society write its own history?’”

Coronado Performing Arts Center Main Stage Theatre located at 650 D Avenue, is the venue for this haunting and eye-opening account with performances June 2-4 (7pm) and June 5 (2pm).Tickets can be purchased at the box office prior to performance or at www.cosafoundation.org.