For the Coronado Islanders girls lacrosse team, it’s nearly playoff time. But before seedings came and the Islanders could turn their attention to the postseason, they first had one final regular-season match vs. league rival La Jolla High School. With a win, Coronado stood a chance at possibly sneaking into the CIF Open Division Playoffs. So how did the girls in green and white fare in their final regular season match? 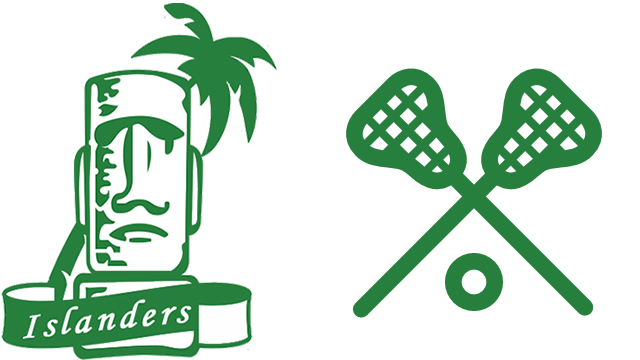 The game on May 4th started with early offensive fireworks as both the Vikings and Islanders would net a pair of goals in the opening six minutes to keep the game tied 2-2. However, for the Islanders, the early offense would take a brief hiatus over the next six minutes. During that time, La Jolla would hold possession and be able to grab two more goals to make it a 4-2 game.

Defensively, Marianna Dick, Meghan Kurtz, Julia Mineo, and Emma Fabiszack would all do a fine job at keeping the La Jolla goals to a minimum, thanks to their excellent on-ball defense and their ability to get in shooting lanes. In goal, Allyson Bryant would also provide a few nice sticks saves to keep things manageable for the Islanders. However, considering how long the Vikings possessed the ball, the deficit could have been wider.

After the long controlled offensive possessions by La Jolla, the Islanders would finally respond. With 8:38 left in the first, the Islanders flipped possession thanks to a steal and ground ball from Dick, who found her teammate Ella Ackerly upfield. With the ball in her possession, Ackerly wasted zero time and ripped a shot past the La Jolla goalie to make it a 4-3 game.

Thanks to Lauren Hundley and Allie White, the Islanders would win the next drop and quickly find themselves back in business offensively. After a more drawn out possession, White found a cutting Ackerly, who beat the goalie again, this time on a leaping skip-shot, to tie things at 4-4.

And Ackerly was not done, as just two minutes later, the senior continued her excellent half of play on offense as she netted her third goal to complete the hat trick off a pass from Riley McGrath to make it a 5-4 Islander lead with 4:30 left in the first half.

Unfortunately, that 5-4 lead for the Islanders would not be one that would last them very long. To end the half, La Jolla went on a 3-0 scoring run to take a 7-5 lead heading into the half and quickly built upon it when they returned to action in the second half. The 3-0 goal run soon become a 9-0 run as the Vikings took a 13-5 lead over the Islanders late into the second half.

The Islanders would have a few moments in the second half, such as goals from Dick and White and several shots from Mineo and Mallory Morrissey that all looked to be good but were ultimately saved. As a result, Coronado would fall in their regular-season finale by the score of 16-7.

However, while the regular season is now over for the Islanders, a new season has begun… the postseason. As of this past weekend, the Islander girls lacrosse team were seeded as the No. 1 team in the CIF D1 Playoffs. As such, they have earned a first-round bye and will be given home-field advantage throughout the playoffs.

Make sure to come out and support the Islanders at their first playoff game on May 14th at 5 pm vs. the winner of the play-in match between Carlsbad High School and Westview High School.