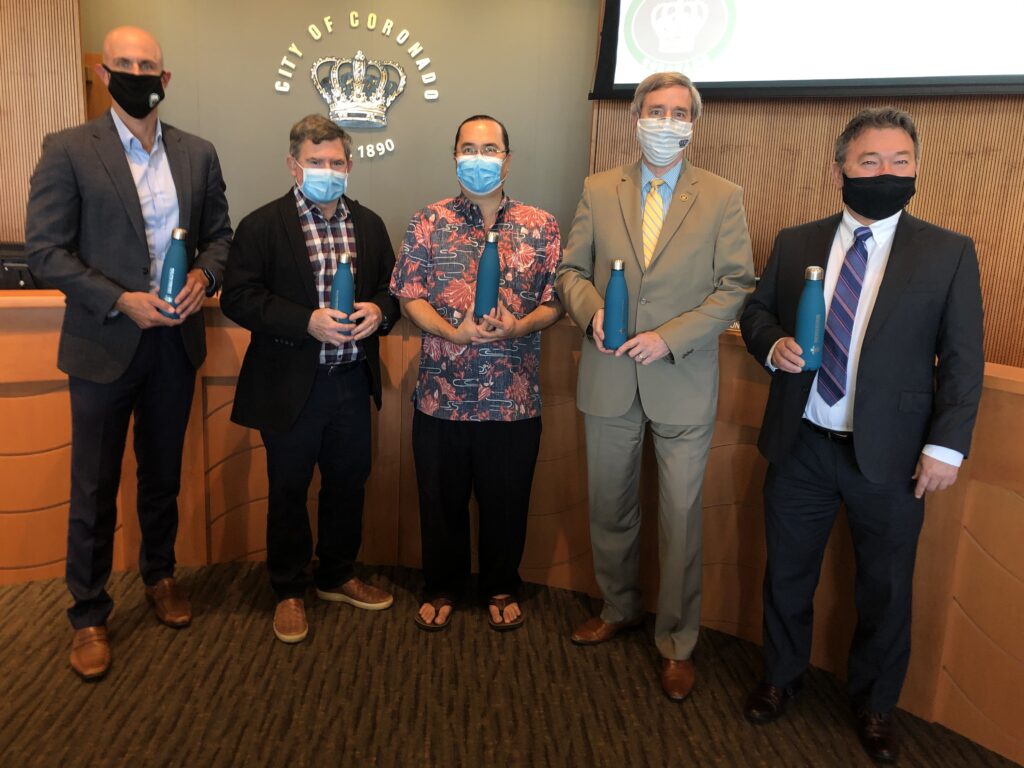 The City of Coronado has been making measurable contributions to reduce energy and greenhouse gas emissions. They are working toward implementing sustainable best practices.

During the past two years, the city has earned the Institute for Local Government’s Beacon Program’s Spotlight Award (Silver Level in 2019 and Gold Level in 2020) for actions in 10 areas of sustainability. Some actions celebrated by Emerald Keepers are listed below:

Additional notable actions include: installation of over a dozen water bottle refilling stations around town; elimination of single-use plastic water bottles at city council meetings; and Emerald Keepers messaging signs in Glorietta Bay Park, on the free shuttle, and soon on Center Beach. The city supports Emerald Keepers’ effort to educate the community through their Community Grant program and by displaying Emerald Keepers’ banners as part of the Orange Avenue Banner Program to promote sustainable practices for an Emerald Green, Ocean Blue Coronado.

“The City of Coronado strongly supports community partnerships to address environmental sustainability,” said City Manager, Blair King. “The City of Coronado takes pride in our efforts to adopt policies, implement programs, and embrace practices that pragmatically address environmental sustainability. We are fortunate to be surrounded by a wild fragile aquatic ecosystem that we embrace with respect and a desire to nurture.”

Congratulations to the City of Coronado for being the February Emerald Keeper of the Month!

Immerse Yourself in Papercraft Saturday