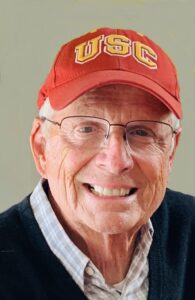 On November 29, 2020, James (Jim) Blakeley Perley passed away peacefully with family by his side. Jim was a long time Coronado resident and a regular at the Coronado Tennis Center where he was an active player well into his 80s.

Jim was born in Ventura, California on April 14, 1933 to Austin and Hilda Perley. Jim attended and played tennis at Ventura High School. A standout on the court, Jim received a tennis scholarship to the University of Southern California where his team was NCAA runner up in 1953 and 1954, becoming champions in 1955.

Jim met his college sweetheart, Coronado native Jacqueline Latham, at USC. After graduating with a degree in Mechanical Engineering, he and Jacquie were married. Jim’s work took them to Wyoming and Arizona before returning to Coronado, where they raised their family. In 1990, Jim and Jacquie moved to Lyon, France where Jim worked for a French computer company and, of course, played tennis. They returned to Coronado a few years later. 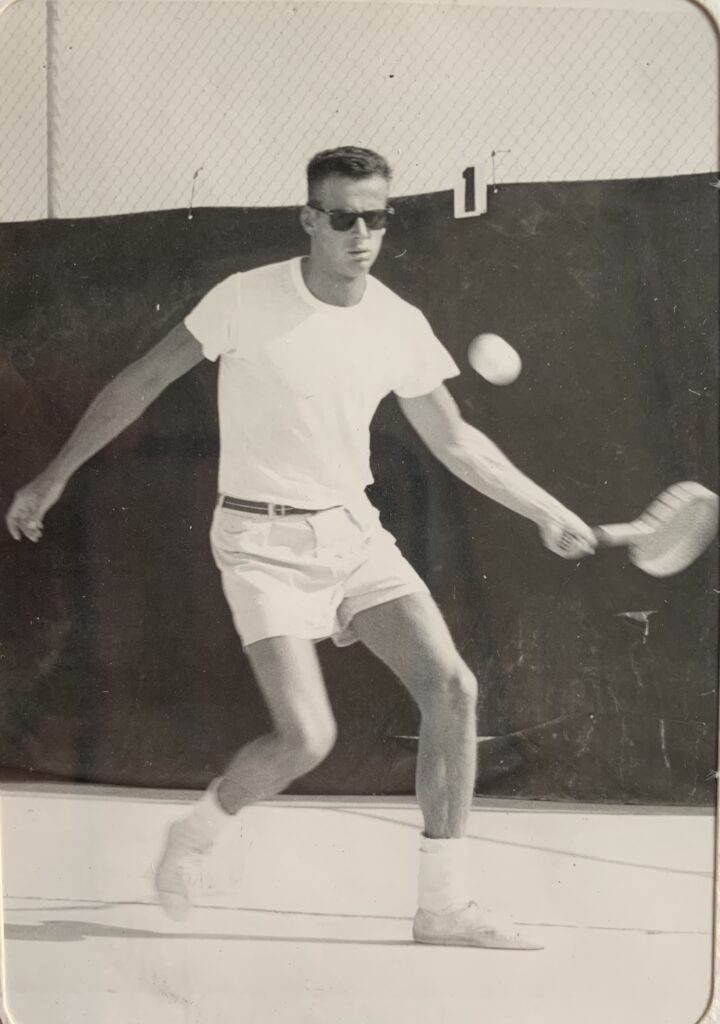 Jim’s love for the game never wavered and his tennis career improved as he got older – winning at the local, national and international levels from ages 35 though his 70s. He collected 27 National Championship singles and double titles and was the international number one player in Men’s 65s for 27-straight months. He played in International Tennis Federation World Championships singles and doubles representing the United States in ITF Cup Team play. During his ITF career, he competed in Austria, Argentina, Belgium, Spain, South Africa, Turkey and the US. 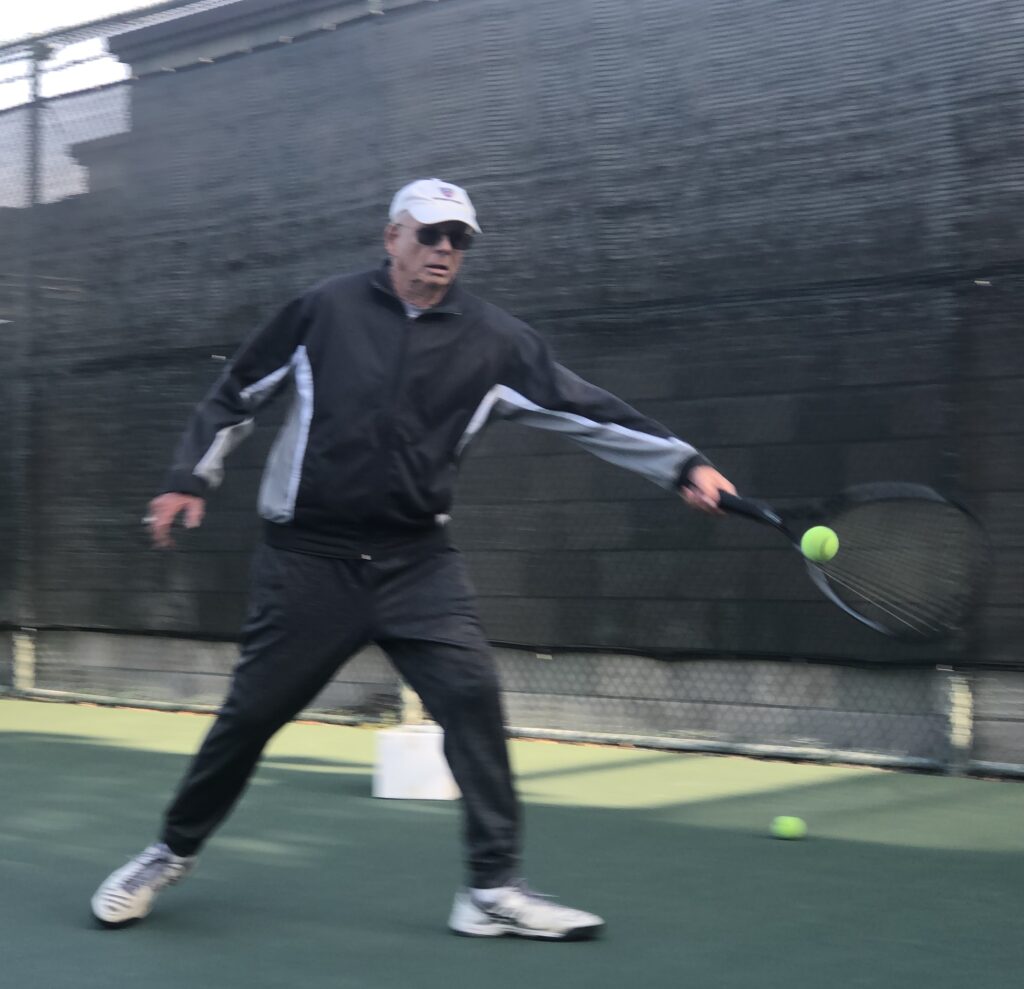 Jim was a quiet, hardworking man. He loved his family, friends, spy novels and movies, music, tennis and University of Southern California. Many Saturdays were spent at the LA Memorial Coliseum watching USC football games (especially enjoying victories against UCLA) with family. 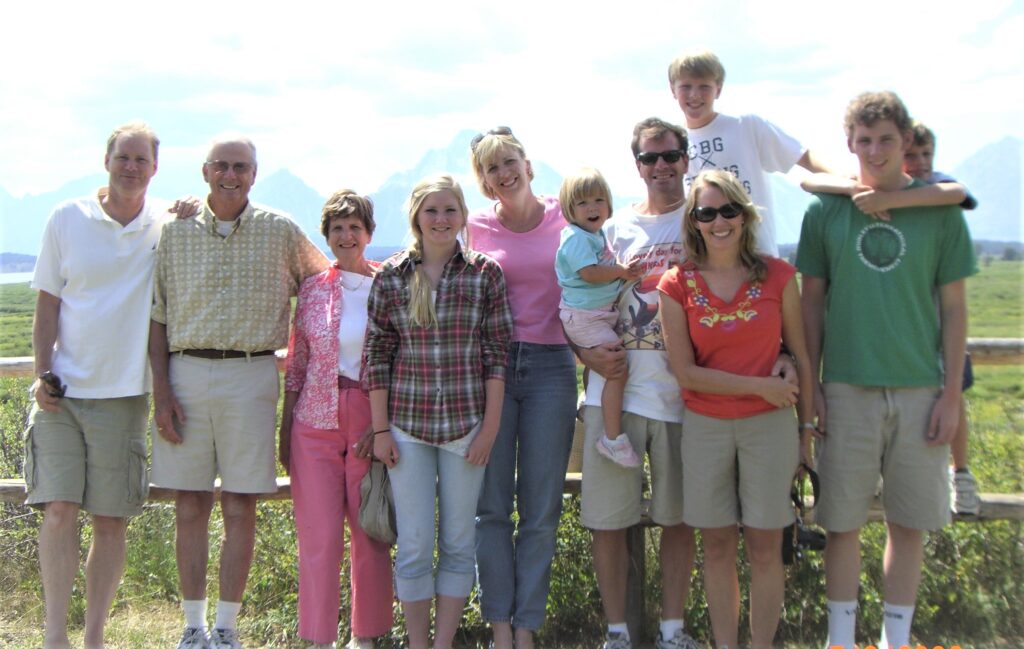 Jim was preceded in death by his wife of 60 years, Jaqueline (Jacquie) Latham Perley. Jim is survived by his children Margot (Bill) McLaren of Manhattan Beach and Jamie (Sally) Perley of Coronado; and his five grandchildren Will McLaren, Liz McLaren, Sam Perley, Harris Perley and Kate Perley. He also leaves behind brother-in-law Bill Green and nephews Lyman Green and Phil Green.

A family service was held on Dec 13, 2020, when Jim was interred in the Memorial Garden at Coronado’s Christ Episcopal Church. A Celebration of Life will be planned in the future. Donations can be made in memory of James Perley to the Alzheimer’s Association.