When I set out on my Vandemic Adventure I only had one one obligation I had to fufill: climbing Mount St. Helens on August 13. After spending a week exploring the beautiful Deschutes National Forest, I took a five hour drive up to Washington on August 11 to prepare for the climb. I was going up there to climb the active volcano for my fundraiser for Outdoor Outreach, which ended up raising over $4,000 for their organization.

After a lengthy drive I stayed the night near Cougar Washington, a tiny town in the middle of a dense forest. After staying there for a day, I then drove up to spend the night near the trailhead for St. Helens.

I woke up at 4:15am on August 13th with the goal of hitting the trailhead by 5:00am. Once I got onto the trail I trekked through a pitch black forest, using a headlamp to find my way. After getting above the tree line, the rest of the climb was a huge slog up gravel, boulders and eventually steep ash fields. 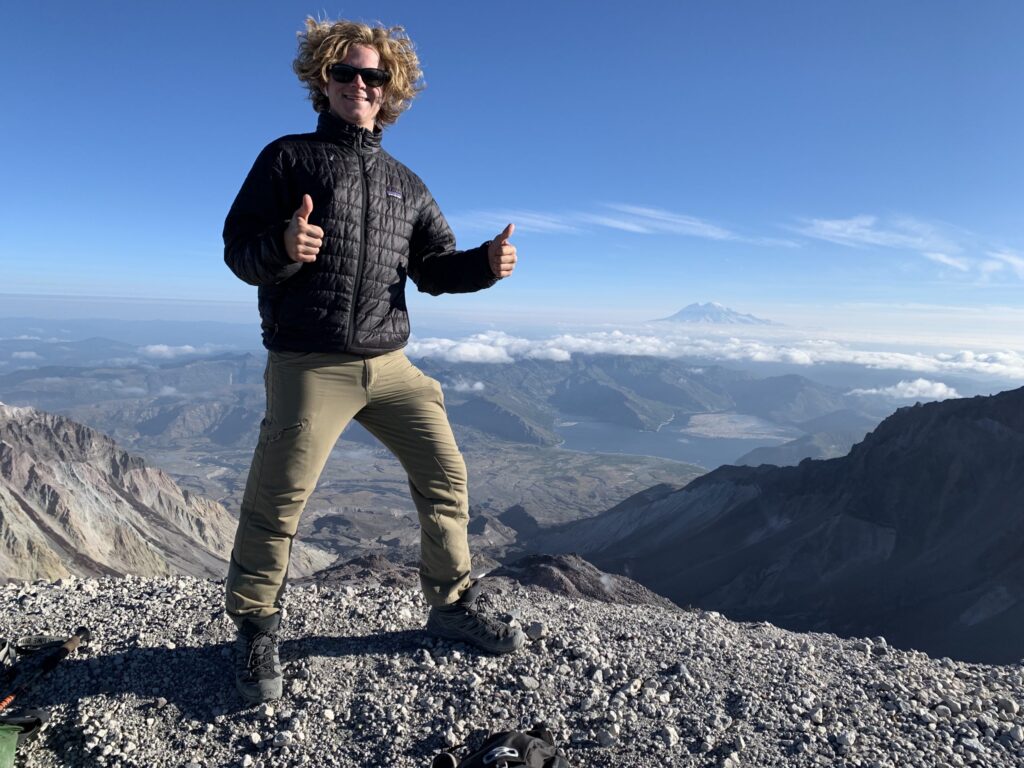 I arrived at the summit around three hours after I had started, and was stunned by the beauty of the volcano and its surroundings. In the distance you could see Mt. Rainer, Mt. Hood, Mt. Adams and the many rolling hills that surround these mountains. Looking below you can see the lava dome in the center of the crater, which even had some smoke rising out of it.

Past the dome one can see the landscape that the eruption destroyed decades ago, including a once pristine lake that’s now covered in debris. While the summit was beautiful, it was cold and extremely windy, so I wasn’t able to spend too much time hanging out at the top. All in all the climb took around five and a half hours. 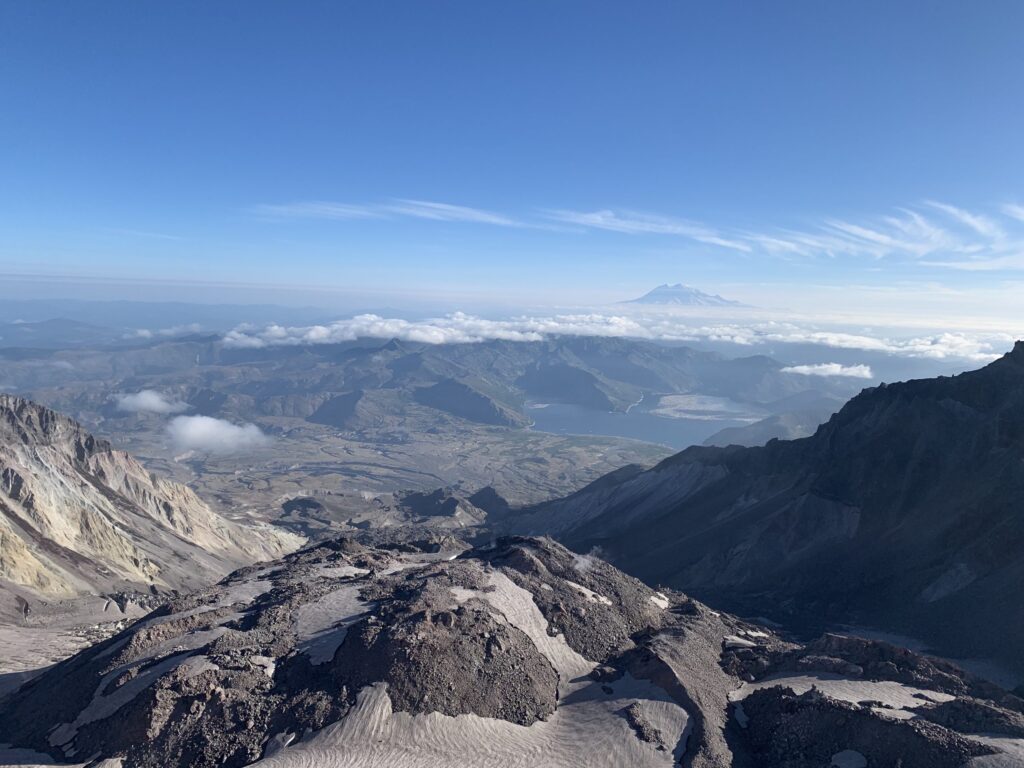 Having summited St. Helens, I drove up to Rainier National Park. Mt. Rainier was stunning, to say the least. Much like St. Helens, Rainier is another active volcano in the Cascade Range. Rising up to over 14,000 feet, its upper slopes are covered in glaciers.

The areas surrounding the mountain are filled with beautiful meadows, streams and blooming wildflowers. This mountain is certainly on my climbing bucket list, and with the proper gear, training and planning, I hope to one day summit Rainier.

After departing from Rainier, I decided to move to the coast and headed to Kalaloch on the Olympic Peninsula. The ocean there was beautiful but certainly much colder than Coronado beach!

From there I’ve been exploring the rainforests in Olympic National Park. These ancient forests are abundant with animal and plant life, and so far I’ve seen bears, elk, deer, geese and banana slugs just by hiking on a few trails.

In a couple of days I’ll be heading to North Cascades National park to explore the mountains around there. If you have any recommendations for fun hikes or cool towns to visit up there, please feel free to let me know!