Five or six times a week, Coronado residents and Emerald Keepers Anne and Rick Wilcoxon can be found along Ocean Boulevard or on either end of the beach collecting trash. They have owned a home in Coronado since 2001, but didn’t make Coronado their permanent home until four years ago when they moved from Napa County in Northern California and Las Vegas. 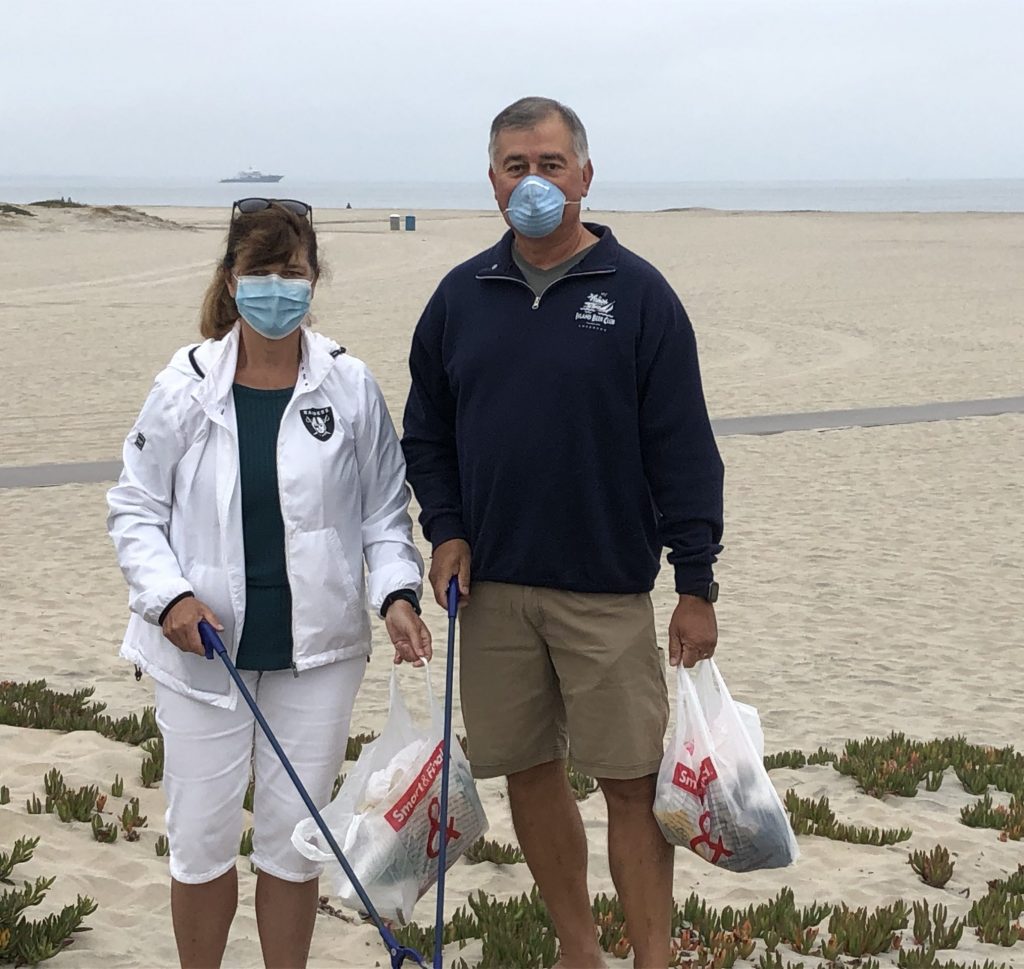 It’s little wonder that they both are passionate about keeping their hometown beach clean. Rick first became involved with picking up trash four years ago when he joined the Coronado Rotary Club and participated in their monthly beachcombing cleanup.

Anne’s legacy is all about Coronado. Both sets of her grandparents lived here. Her maternal grandmother first came to the island in 1912 to Tent City, and along with Anne’s great-grandparents, owned the first dry goods store in town. Her paternal grandfather was the architect who designed the Spreckels Park bandstand. Anne’s mother and aunt were born here, and Anne lived here until the early ’70s.

According the to Wilcoxons, chip bags, cigarette butts, and plastic water bottle tops are the most frequently found items. “Anybody can do it,” said Anne. Their best and most surprising find was two rolled up $20 bills.

Congratulations to Rick and Anne Wilcoxon for being Emerald Keepers of the Month!

My phone rang with the dreaded news that I had recently been in close contact with someone who was asymptomatic but tested positive for...
Read more
People

Karrie Jackson teaches visual arts for the Coronado School of the Arts, and is a graduate of CoSA herself. As Brad Willis shares in...
Read more

Over 3,500 Pounds of Trash Removed from Coronado! (video)

Thank you to everyone who participated in Emerald Keepers' CAN THE TRASH during September! Drawing prizes included 22 local gift certificates purchased by Emerald...
Read more
People

Emerald Keepers of the Month, and their Beach Tree

Everyone has a friend who is an early riser. Judy Clark is that friend. Judy convinced her friends Genevieve Rohan and Carol Lambert to...
Read more
Community News

An underwater scene that seems as big as the ocean greets those entering the children’s area of the newly reopened Coronado Public Library. Inspired...
Read more
Community News

“Can The Trash” – Community Clean-Up

Emerald Keepers invites you to help clean up trash in Coronado and email photos over the next two weeks (Sept. 7 to 21) to...
Read more
People