Local Voices: What Does it Mean to “Pass” as White?

The Coronado Times asked its writers to tackle the topic of race in Coronado. Given the current environment, we were asked to address the topic head-on and at first, I’ll admit, I wasn’t sure how to tackle it. I do not live in Coronado, I am not black, and I would not presume to imagine the lived experience of being black in America today. However, tensions are high everywhere and an altercation with one of my Barrio Logan neighbors about my whiteness this past week highlighted a very important topic that I do feel qualified to tackle: What does it mean to “pass” as white?

This is a question I, and other mixed-race people, ask ourselves constantly. Born from a combination of cultures, we have a foot in two (or more) worlds but, oftentimes, none of them fits quite right. For many of us, our racial makeup can be physically ambiguous and this ambiguity often allows us to “pass.” I’d like to think we are the living embodiment of America’s melting pot, a celebration of mixed cultures and languages, the product of two people choosing to love a different race than their own. Instead, we are often not quite white enough to be “white” but not quite brown or black or Asian or native enough to belong entirely to part of our cultural makeup. When we fill out the racial demographic section of forms, we are forced to select just one box that might define us. This has never felt more important than it does now in the face of protests and movements dedicated to abolishing racial prejudice.

Barrio Logan and Coronado are two very different communities living at both ends of a two-mile stretch of concrete and yet, they are similar in their respective racial homogeneity. According to 2018 census data, Coronado is 74% White while Barrio Logan is 74% Hispanic. Despite the contrasts, I belong to both.

As a half-White, half-Hispanic woman who knows very little Spanish and is often seen with her blonde-haired blue-eyed Southern California mother, I am often considered the definition of “passing” and, as such, am subject to racism and also (often) colorism. For those that aren’t aware, colorism is a specific kind of discrimination that generally comes from members of one’s own race. People are treated differently based on their shade of skin color and the social implications of being able to “pass” or “not pass” as white based on this skin color. Colorism in many ethnic communities often deals with the long history and implications of wanting to be lighter-skinned – to be closer to white – or, in reverse for some, being “black or brown enough” to have credibility as a member of their race. It is a constantly moving target that varies from person to person and is especially difficult to navigate for people, like me, with mixed parentage.

Another element of colorism is that, like members of the white community, those of us that are multi-racial passing often have privileges afforded to us that are not available to all parts of our family tree. Many see this “passing” as lucky as it affords us access denied to many with darker skin and this privilege can make members of our brown or black culture see us as less legitimate people of color. Conversely, we often feel we can not or should not identify as part of our culture out of a sense of having this privilege. It often doesn’t feel acceptable or equitable to claim ourselves as black or brown when we are not subjected to the same level of discrimination or even hatred as others. Those of us with mixed backgrounds live and navigate a kind of racial purgatory. This purgatory not only diffuses our voices when we fight on behalf of our POC (person of color) family but also renders us helpless in the face of POC hostility directed towards us. 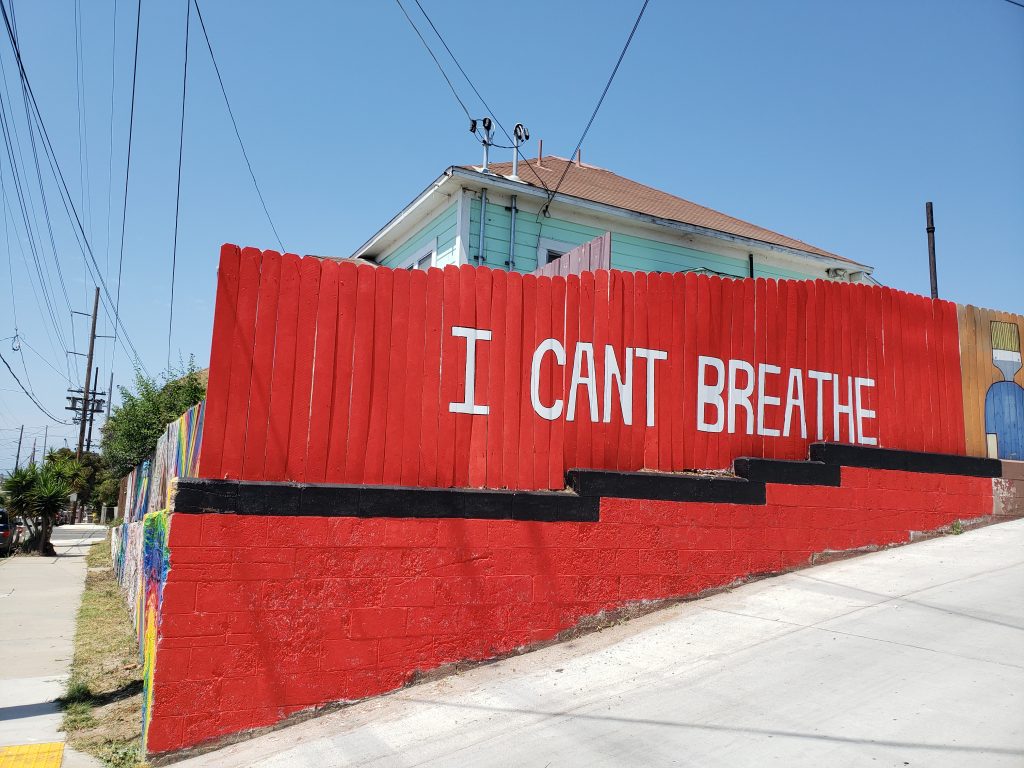 This past week, while finishing an “I Can’t Breathe” mural on the side of my home, a neighbor explicitly told me I did not belong in Barrio Logan because, to her, I was white. She pointed to my white mother and made the exact kind of racial-based assumptions we are currently protesting against. When I brought this incident up with my friend network I was amazed at how many others have experienced this same dismissal of half their racial experience. From mixed-race Black to light-skin Cuban, people described similar scenarios when their “whiteness” was used to discredit their POC identity. It was disturbing and disappointing to see people of color exhibiting the same demeaning behavior toward each other that we are simultaneously demanding that others stop. Either we are all in this fight together to stop prejudice and discrimination based on skin tone or we will never achieve true equality. Our country is currently in turmoil and every American (of every color) has a duty to look at their biases and challenge the assumptions they make about others.

Racism against people of color is alive and well and we all need to work together to eradicate it. Too many Black lives have been ended too soon by a system that does not respect their right to equally exist. But there is another insidious and ugly truth about racism. The systemic racism inherent in our white society has bled into our communities of color, causing POC to turn on each other and perpetuate the same hateful behavior towards their own out of fear and scarcity. To acknowledge white on color racism is to also acknowledge the discrimination of POC towards other POC.

I don’t pretend to have the answers to fix the racial divide in this country, beyond charging and pressuring our policymakers with this sacred and important duty, but I believe all of us have something to contribute that can help create the country embodied in the ideal of our founding principles. We all have the right to breathe, but as long as any of us continue to perpetuate, spread, and support division based on color, we will never move forward. 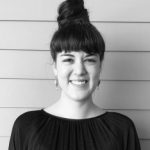 Carolyn Osorio
Carolyn has a BFA in Theory, Criticism, and History of Art and Design from Pratt Institute in Brooklyn and has worked in communications for a variety of arts and culture organizations in both New York and San Diego.In addition to consulting and serving on the Rising Arts Leaders Steering Committee, Carolyn curates a public art project, the Mint House Project, which presents local mural artists. She lives just over the water in Barrio Logan where she enjoys views of the Coronado bridge from her backyard. In her spare time, she can be found at Dog Beach with one (or both) of her Great Danes.Have a story for The Coronado Times to cover? Send news tips or story ideas to: [email protected]