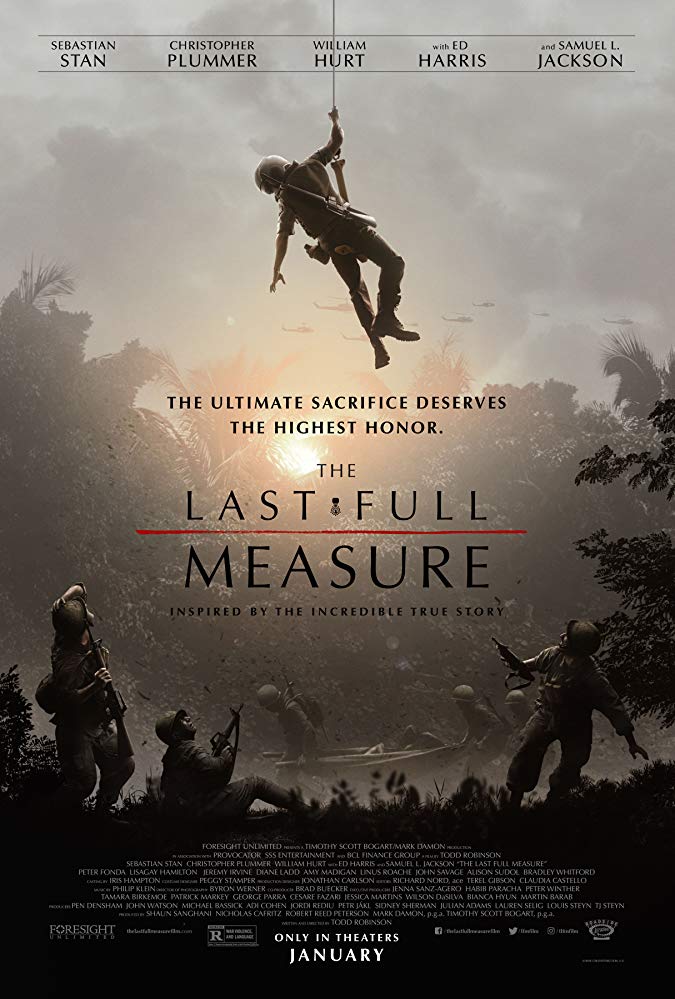 Based on a true story, The Last Full Measure follows Scott Huffman (Sebastian Stan) as he is assigned to review a posthumous case about Airman 1st Class William H. Pitsenbarger (Jeremy Irvine). The film begins with a flashback of the Vietnam War. As Huffman speaks to soldiers that were at Operation Abilene, flashbacks follow so you can see what each soldier was experiencing during those moments.

Huffman is reluctant to take on the case at the beginning, but workplace politics trumps his contending. While it is a new case to him, it is labeled a three decades long “pet project” for the vets that were with “Pitts” (Pitsenbarger). The short journey Huffman expects in tracking down the vets stretches out. The more he learns from talking with other vets, the more his mindset changes and the audience’s with him. Samuel L. Jackson is compelling as always as Takoda. When he talks, the audience leans in, absorbing every word. The other vets are as interesting in their own right (driving school buses on the weekend, nocturnal). Pitt’s parents are also compelling as they long for the medal of honor justice their son deserves.

While a “war” movie, it is not as action packed as 1917. The film also leaves out any unnecessary gore, really driving home that the point of the film is justice, not a cheap thrill. Moviegoer Bill shares, “the ending was touching. It was nice to see who survived until the end. It’s crazy how the whole thing was covered up!” Stay through the credits as interviews with the actual veterans are shared. The film brings some tears to the eyes in the audience, a reminder that this film is based on something so very real.