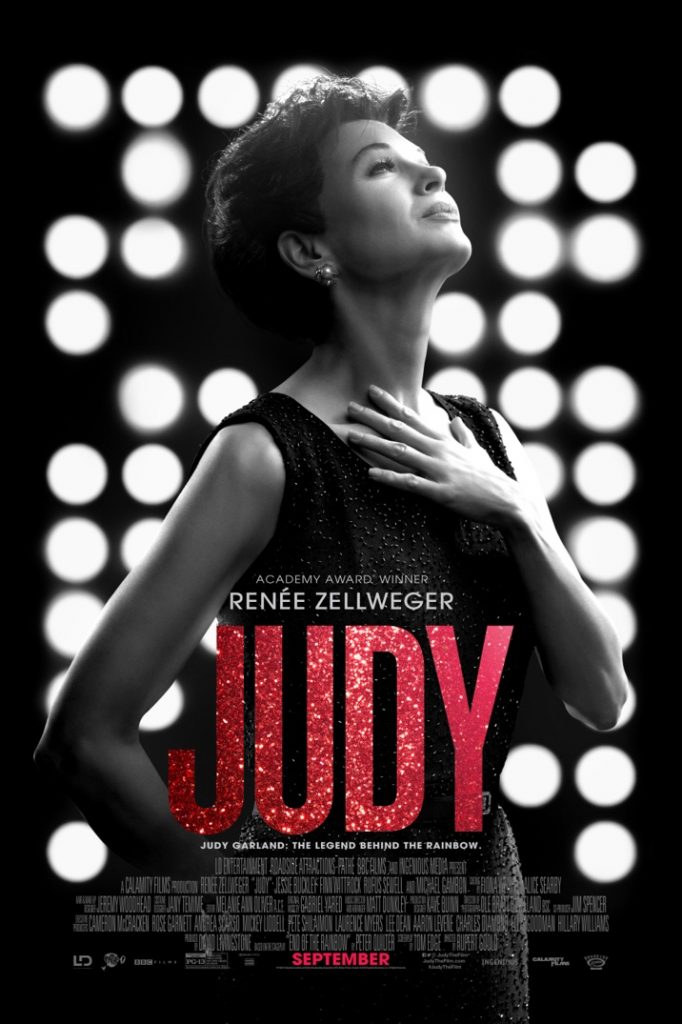 An adaptation from Peter Quilter’s lauded stageplay, End of the Rainbow, which focused on the waning days of Judy Garland, director Rupert Goold seems to use Judy as an attempt to recuperate some of the theatrical criticism. By addressing the troubled childhood of the rising star in MGM studios, Goold intersperses flashbacks of her drug-addled and overworked youth with the washed-up Judy Garland (Renee Zellweger) we witness in her tragic final days as a performer. 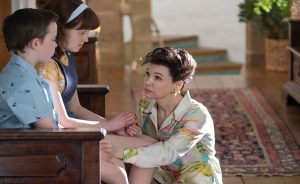 The film opens with Garland broke, addicted to pills, and toting her two children to small time gigs. Approached with the opportunity to make a substantial amount of money, she reluctantly leaves her children with their father and her third ex-husband, Sidney Luft (Rufus Sewell). Although Garland arrives to London’s Talk of the Town club with much fanfare, her fragile self-esteem and drug addiction cause her to skip rehearsals, behave erratically on the stage, and fall hopelessly in love with a young bartender, Mickey Deans (Finn Wittrock). Her fourth husband, like so many others, uses Garland for her fame and finances, only to lose it all in money-making scheme. But when Garland is “on,” she lights up a room. 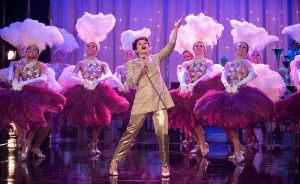 Zellweger is the given the tough job of portraying the iconic celebrity and she uses her own vocals for the soundtrack. While some Garland enthusiasts may loathe this artistic choice, I must admit when Zellweger hit the stage these were the moments she captured Garland’s star power. Unfortunately, in a few other scenes, the actress’s own quirks seeped through and detract from her ability to fully embody her interpretation of Garland.

The storytelling arc with the flashbacks also felt jarring at times. While one can appreciate Goold’s attempt to show the underlying cause to Garland’s depression and substance abuse, her childhood scenes felt disconnected from the film, hastily thrown in like an afterthought. 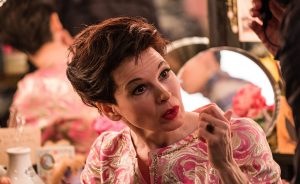 My guest thought the film’s conclusion a “powerful and emotional moment” with Zellweger’s portrayal singing Garland’s final rendition of “Somewhere Over the Rainbow.” While neither of us knew much about the star’s life beyond her role in The Wizard of Oz, being mother to Liza Minnelli, and eventual overdose, the experience of watching Judy in one of the intimate Village Theatre rooms enhanced Zellweger’s riveting stage scenes. Although Judy had pretty big ruby red slippers to fill, Zellweger’s overall performance is Oscar-worthy and Goold’s background in theater shone brilliantly in his carefully crafted Talk of the Town club scenes.

But there’s only one Judy Garland, and maybe that’s the overall problem with this biopic.