Coronado's eight-year-old Ellis Quesada puts a face to the reason the Cystic Fibrosis Foundation is at a critical point in their fundraising and research. The Grand Chef Throwdown at the Hotel del Coronado on September 13 is an epicurean event sure to delight all in attendance while raising needed funds for CFF. 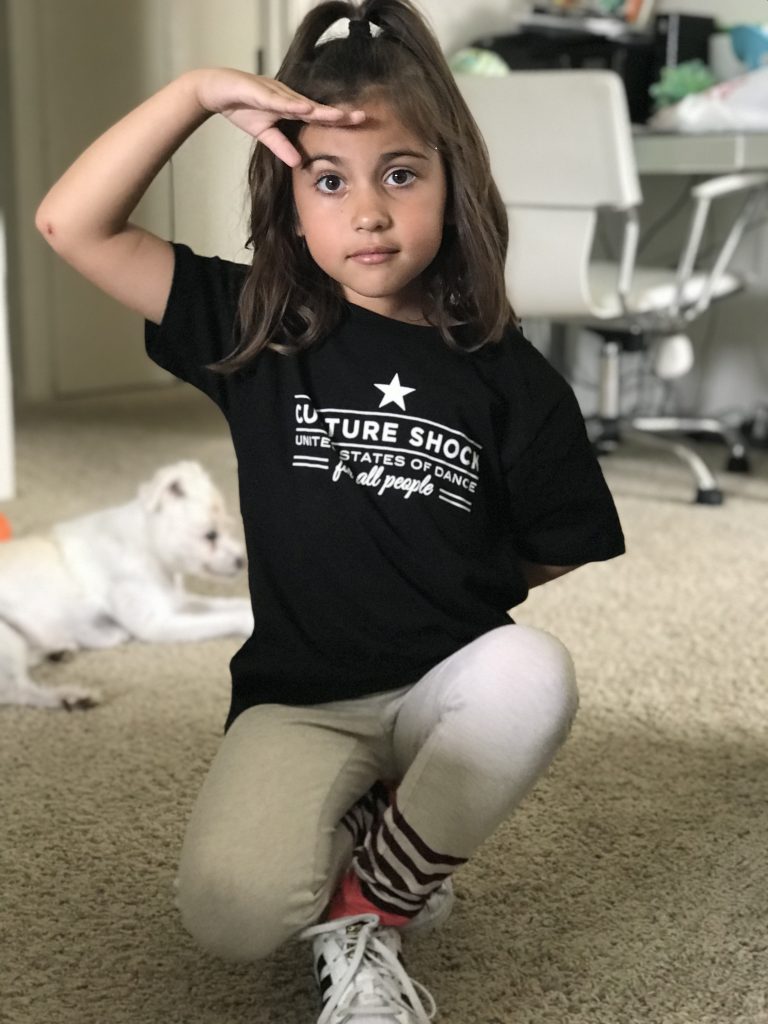 Ellis Rose exudes confidence and wants to create awareness worldwide about Cystic Fibrosis. From an early age, Ellis Rose Quesada knew she was special. Her parents Kristina and Levi always talked to her about her Cystic Fibrosis (CF) and explained all the necessary medications and treatments to keep her healthy. When she was diagnosed at just five days old, her mom and dad didn’t know anything about the disease, but they quickly learned. Ellis has a mutation that only four percent of CF patients have. Luckily for Ellis, Vertex Pharmaceuticals had already developed a drug to treat her specific type of CF, but at that point it was only approved for patients ages 12 and older. At age three, Ellis was approved to start drug trials for younger patients and her family made treks to Seattle and Kansas City for a year. “Within a month, she began to get better with the dark circles under her eyes dissipating, her extended belly improving, and she began gaining weight,” comments Kristina.

This drug has dramatically improved the life of CF patients. Prior to starting on this drug, Ellis had to take approximately 28 pills a day. Now, her regimen is one pill in the morning and one in the evening with ice cream, her number one fatty food choice. She also spends 20 minutes in a smart vest every morning to help clear up the mucus in her lungs.

Starting third grade in Coronado, Ellis has a maturity beyond most eight-year old kids having always heard grown up conversations about her health. She realizes the importance for all patients to have access to medicines that help control CF symptoms and wants to spread the word world-wide. Every year, she gives a presentation to her class on CF and encourages them to ask questions and join her to raise money and participate in the CF Great Strides Walk. “It’s nice for her classmates to hear a simple message from Ellis about this complex disease. When she talks about the grossness of mucus, the kids laugh and empathize,” says Kristina.

When Kristina was asked to give a presentation at a surfing fundraiser, she asked Ellis if she wanted to join her on stage. Ellis wanted to know if she could do the presentation and promptly went in her room and spent an hour writing a speech. “I told them the things I enjoy about having CF, like eating ice cream with my medicine every night, and the things I don’t like about the disease which is a shortened life span,” says Ellis. But thanks to research and new treatments, funded in part by the Cystic Fibrosis Foundation, the life span for CF patients is increasing. Of her speech, her mom comments, “She crushed it, and there is a unique power and connection with others when she shares her story.”

Ellis’ middle name is Rose which is coincidentally the symbol for the CFF. The symbol dates back to 1965 when Mary Weiss, a mother with three boys with CF, heard her four-year-old son call the disease “65 Roses” and the name and symbol stuck to help young people pronounce the disease.

Ellis doesn’t let her health stop her. She loves art and works in a variety of mediums from oil to acrylic paints. “My favorite art at the moment is my new superhero character called Water Girl, who shoots water out of her hands and turns into a fish, which I created with colored pencils,” shares Ellis. She’s also a math star and a great all-around student. She enjoys reading and her favorite books are the second book in the Amulet series and Drama. She plans to start working on a book about her life with her grandma, a published author. She is also a loving big sister to her baby brother Van. 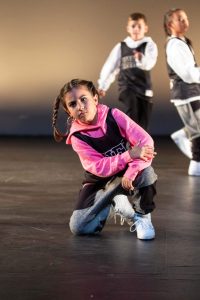 Starting as a ballet dancer, Ellis has now transitioned into a competitive hip hop dancer practicing four days a week and performing throughout San Diego at least once a month. This has also led to getting involved in acting. Her first gig was portraying a young Jennifer Lopez in a video at her recent concert. She also was featured on “The Bachelor” when she went on a date with Colton and some other kids at Belmont Park. Colton has a niece with CF and supports the cause through his foundation. She’s saving all her earnings in her newly created bank account. She will also be featured in a video at the upcoming CF Grand Chef Throwdown at The Del, which she shared will include dancing and answering questions.

This is a critical time in CF fundraising as Vertex Pharmaceuticals is on the verge of releasing a new similar drug that is designed for patients with a different CF mutation that affects approximately 90 percent of all CF patients. This new medicine will be a game changer in the lives of thousands of CF patients in the very near future. The CF Foundation gives 90 percent of its proceeds to funding CF research and it is paying off in a big way. 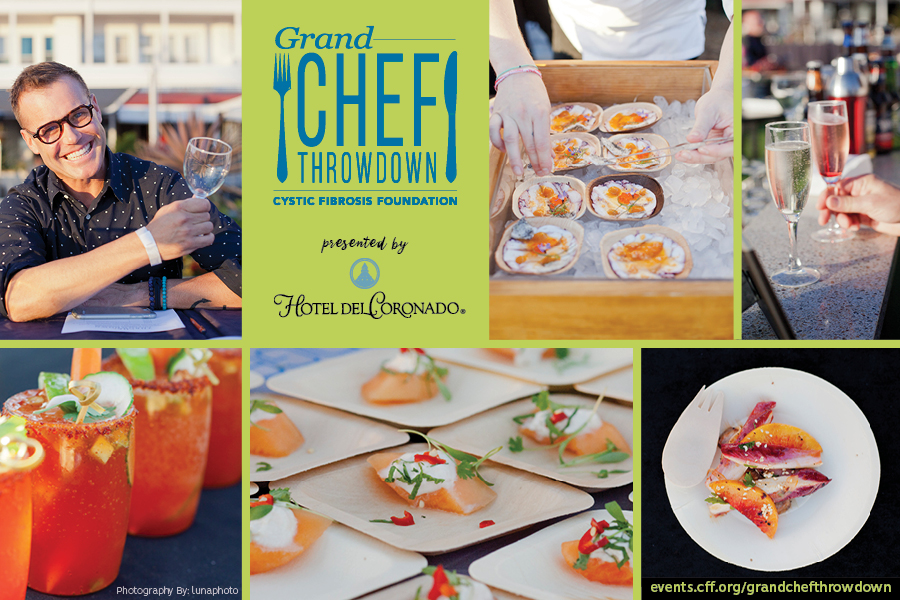 One way you can make a difference and have a tasty and educational evening is at the upcoming Grand Chef Throwdown on Friday, September 13 from 6 pm to 11:30 pm, at The Del. This is an opportunity to discover what’s new and trendy on the San Diego food scene and reconnect with old favorites, as guests gather to relish sweet and savory chef tastings, sample craft cocktails and sips from wineries on both sides of the border. Silent auction items include art, vacations, hotel and restaurant gift certificates, and other valuable items. A three-course gourmet dinner, prepared by The Del’s Chef Stefan Peroutka, follows in the oceanfront ballroom, where the culinary awards presentation and program will commence. The ballroom then transforms into Night CAP, the evening’s after-party and will feature entertainment, desserts, and craft cocktails. The live auction will feature “52 Weeks of Dining for Two”, amazing U.S. and overseas trips, a variety of experiences, including chef’s’ private cooking events. Last year, a lucky winner enjoyed a paella experience for 35 people. A variety of ticket options, which are partially tax deductible, can be purchased by visiting https://hoteldel.com/events/grand-chef-throwdown/

Proceeds will benefit the Cystic Fibrosis Foundation, the world’s leader in the search for a cure for cystic fibrosis and donor-supported nonprofit organization. The Foundation funds more CF research than any other organization, and nearly every CF drug available today was made possible because of Foundation support. For more information on this life changing organization,  please visit www.cff.org or contact Michelle Gilmore, Senior Development Director at [email protected].