This law firm represents Harold DeNardi, who is an interested person pursuant to California Government Code section 54960.1(b). This letter shall serve as a demand on the Coronado City Council and Mayor Richard Bailey to cure or correct the action taken on February 19, 2019 upholding an appeal of a Street Tree Committee decision.

View the entire document with additional details of the accusations.

On April 18th, the City of Coronado, via the law firm of Burke, Williams & Sorensen, LLP, sent the below response to Hernquist & Associates refuting Brown Act violations and denying any action to “cure or correct” the February 19 vote.

The Coronado Times contacted Hernquist & Associates for comment regarding the City’s response and they replied, “No comment.” 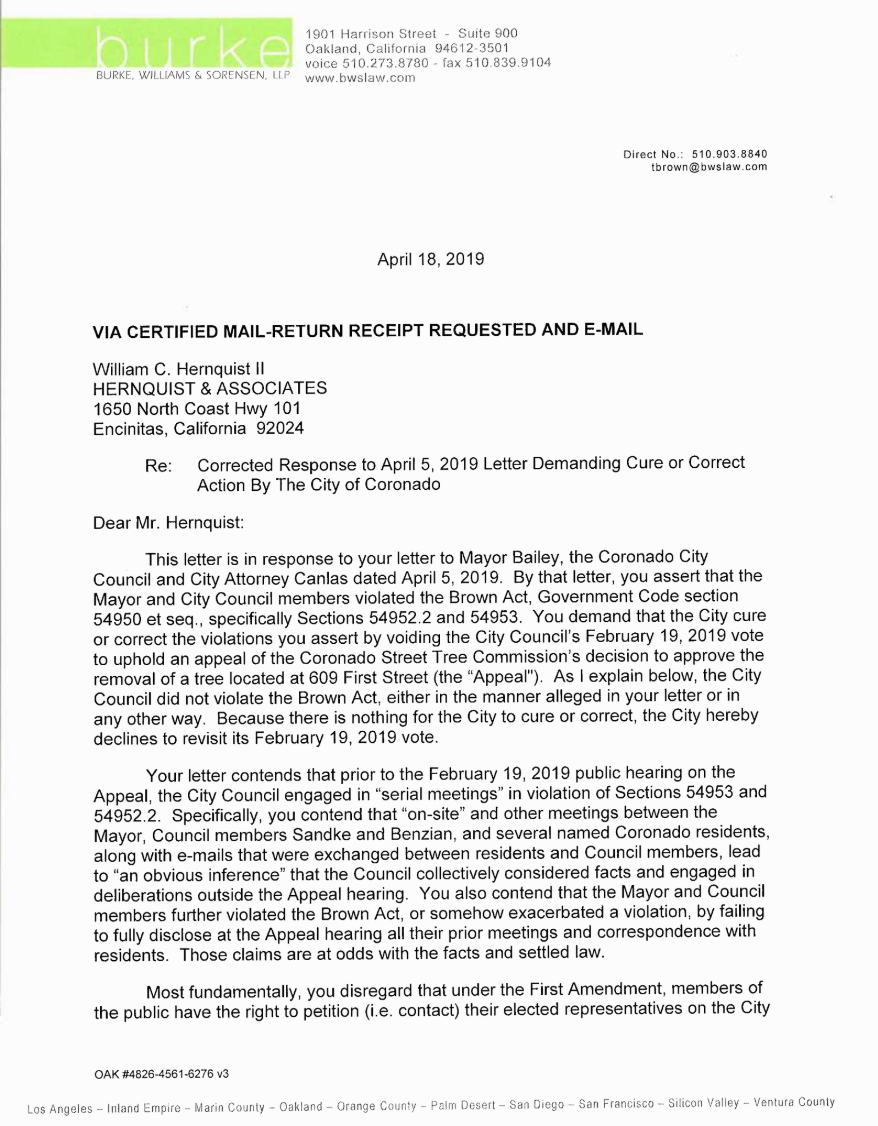 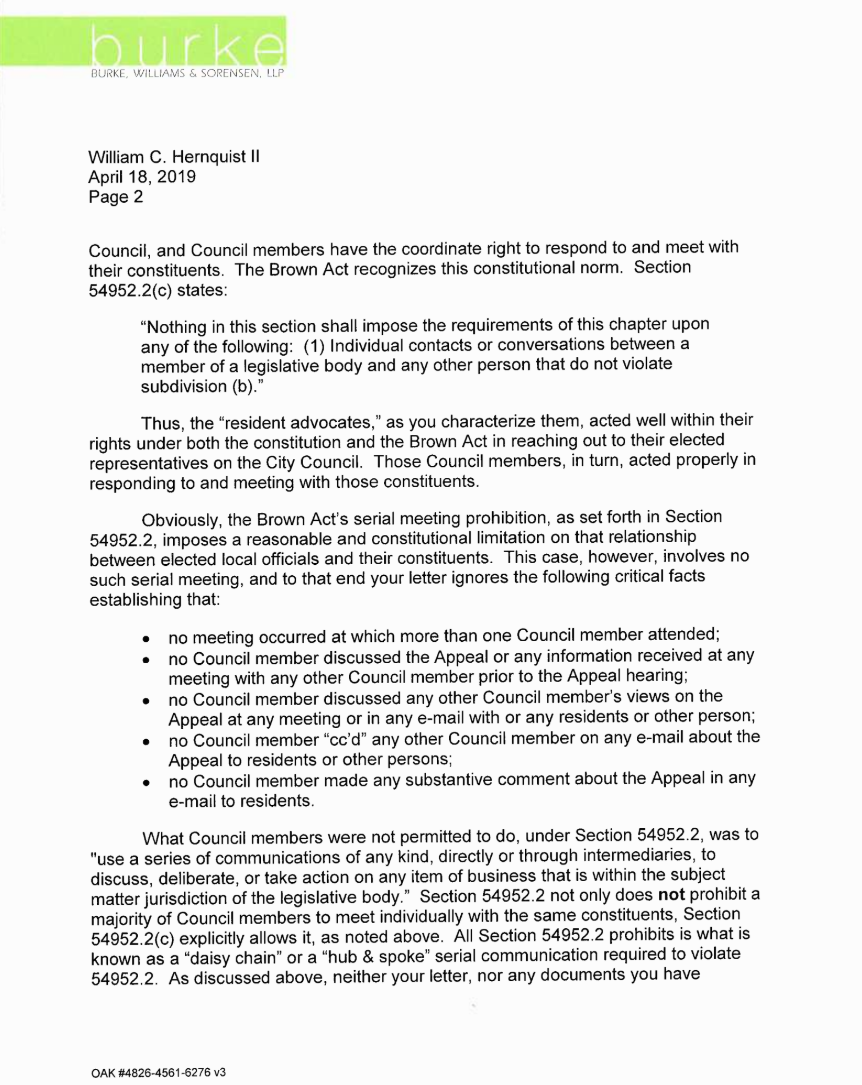 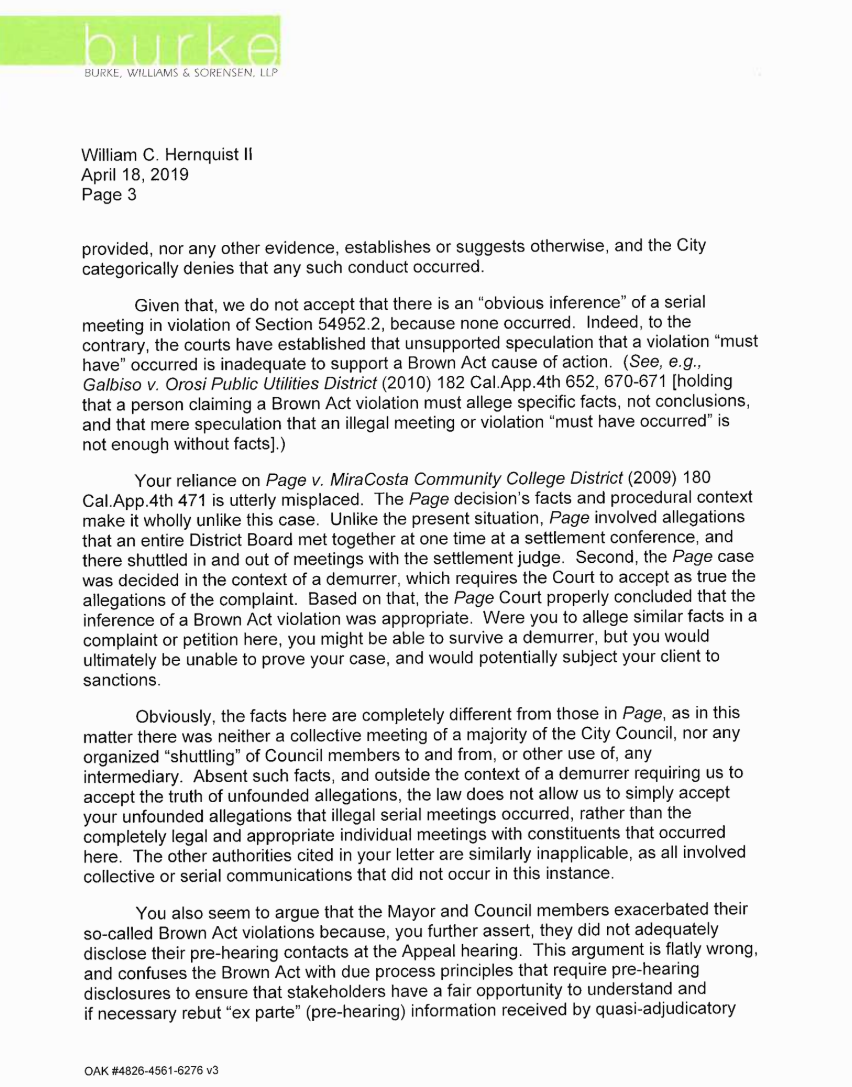 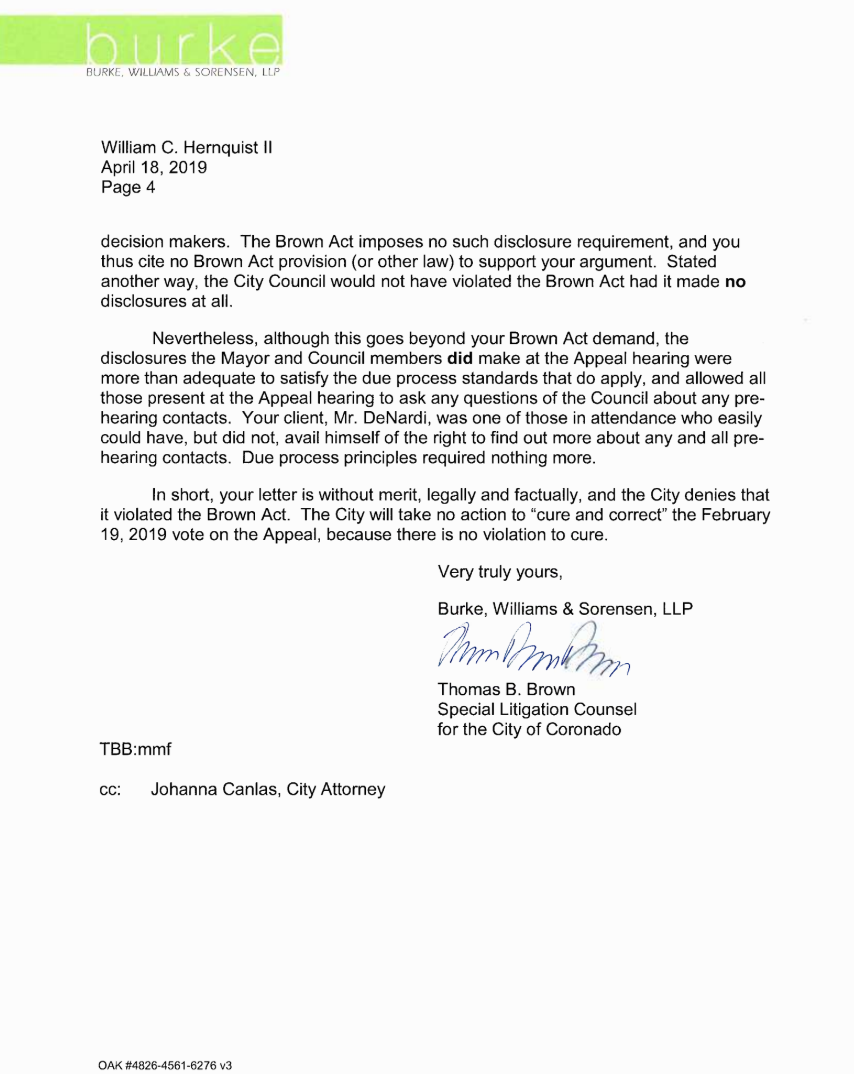 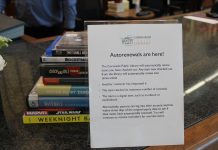