The Coronado Island Film Festival and Fair Trade Décor are proud to announce that authentic traditional African drummers from Teye Sa Thiosanne in San Diego will perform following the Village Theater showing of Out of Africa. The drum performance will take place from 7:30-9:30 pm at the after-film reception hosted by Fair Trade Décor. A film festival ticket or RSVP at Fair Trade Décor, 619-675-0072 is required to attend the reception. 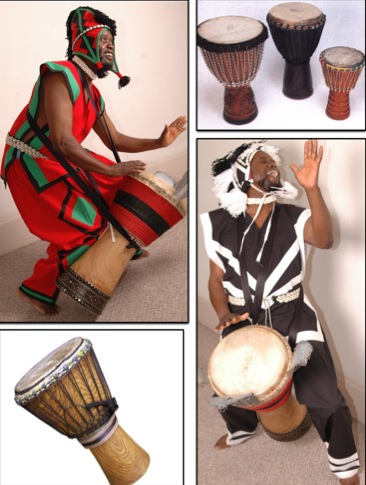 Teye Sa Thiosanne, “Keepers of the Tradition,” African Drum And Dance Company is a San Diego based 15-member, non-profit organization currently providing performances and programs in African music and dance. The company has been in existence since 1989 and has been consistent in providing the community with cultural expression.

Before the company’s inception, the director, co-director and several members were carefully trained by many impressive artists of the African tradition, among them Naomi Geddo of Liberia, Marie Basse and Assane Konte of Senegal, Ibrahim Camara, Mamady Keita, Famadou Konate and Mustapha Bangora of Guinea, Moussa Traore, Djeneba Sako and Ya Ya Diallo of Mali and Nimely Napla, former Director of the Liberian National Cultural Troupe. The members of Teye Sa Thiosanne hail from dance companies throughout the country and Africa.

The artists of Teye Sa Thiosanne continue their on-going studies in the arts of Africa by research, presentations, workshops and classes featuring artists versed in the traditions of Africa. Among them, Zak Diouf of Diamino Coura, Abduli Aziz Ahmed of Nanfoule, Malang Bayo, formerly of the National Company of Senegal, Denise Bey of Juju Bey Ensemble, artists of the Fatala Folkloric Ensemble of Guinea, as well as, artists of  Le Ballet Africans du Guinea.

To date the company has done over 650 presentations, sponsored 22 master dance classes, summer series workshops, implemented children’s classes, two residencies, numerous collaborations with other community organizations in cultural programming and presents its own full-scale concert productions. These accomplishments make it evident that the artists are very proud to engage in an artistic expression that represents their African heritage as they continuously strive to present the best in African arts for those who also come to share in the tradition.

An example of the full drum and dance company performance can be seen at https://www.youtube.com/watch?v=8wcPB_70GaY.

Additional information is available at www.teyesathisanne.com.

There is no doubt that for all the fabulous businesses in Coronado and around the world, March 2020 will go down in history as...
Read more
Business

Dear Fair Trade Décor Family,Thank you all for your support and loyalty. It is with great concern for the health and safety of our...
Read more
Advertisement
Sponsored Partner Links