A summer of music is planned as the popular restaurant prepares to turn 36 years of age on July 29. The entire month of July is one big birthday celebration at McP's. 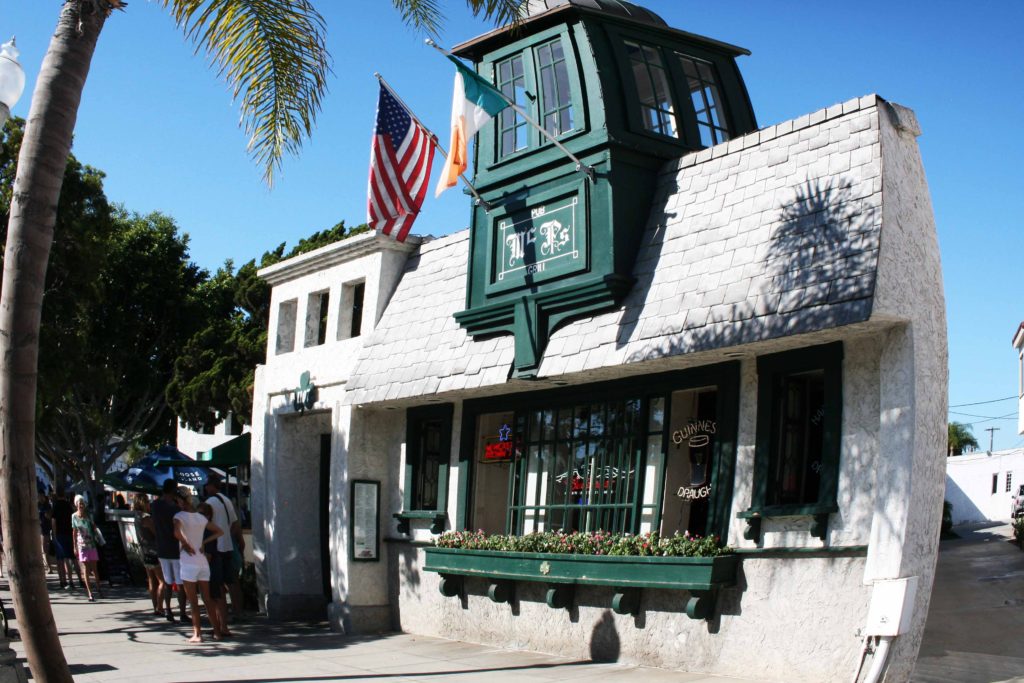 “Of all the gin joints in all the towns in all the world, she walks into mine.” –Rick Blaine

Like a familiar line from “Casablanca,” McP’s Irish Pub continues to play it out, over and over again. Now, in the summer of 2018, the popular restaurant prepares to turn 36 years of age (July 29). Coronado’s favorite rock ‘n’ roll band, Ron’s Garage Band, will perform on the patio that day from 2-6 p.m. but the entire month of July is one big birthday celebration.

It’s been an interesting jaunt since those early days, when the bar was small and the restaurant even smaller; when a gas station sat where the Paddy-O is today (the outdoor patio that is scene to music, dining and drinking). Before McP’s, the Manhattan Room sat on that footprint – a cocktail lounge and piano bar from another era. Both are gone now, and McP’s continues to entertain and please on a nightly basis.

When McP’s opened in July 1982, the little Irish pub was a novelty. Today, still under original ownership, it is a respected member of the restaurant community and one of the longest surviving dining institutions on the island.

McP’s has become the off-duty home of the legendary Navy SEALs, and a place where celebrities, military heroes, politicians and even Royalty dine alongside guests in relative anonymity. Just last week international rapper Post Malone hung out at McP’s all night.

“I’ll never forget the time Jimmy Buffett came in and sat at the bar,” said manager Ted Taylor. “We thought he looked a little edgy and the bartender made him pay cash after every drink until we realized who he was.”

Another time, Taylor had to ask then-Minnesota Governor Jesse Ventura to take his cigar and leave the restaurant.

Prince Harry, of England’s Royal Family, visited McP’s while completing helicopter training at nearby El Centro. “We try not to make a big deal about visiting celebs,” said Taylor. “They’re just like any other customer, and we want to honor their privacy as best we can. But in the case of Prince Harry, we did manage to put him at a special table in the corner, where he could see all the action but stay out of the way.

“We did the best we could to make sure autograph seekers and photographers didn’t bother him. That’s standard procedure for our management and staff because we want McP’s to be a place they can get away from it all. They come in, we serve them like any other customer, and they love it.”

More than 40 employees keep the machinery running at McP’s, both under the hood and behind the wheel. Some, like McP’s co-manager Tracy Taylor (Ted’s wife) have been there since the 1980s. Her father Leo was one of McP’s original bartenders.

It’s often been said that working at McP’s is a rite of passage for Coronado youth. It was for me. I was opening waiter back in 1982 and worked that job for three years. I still spend much of my free time there. McP’s and its staff are like family to me. 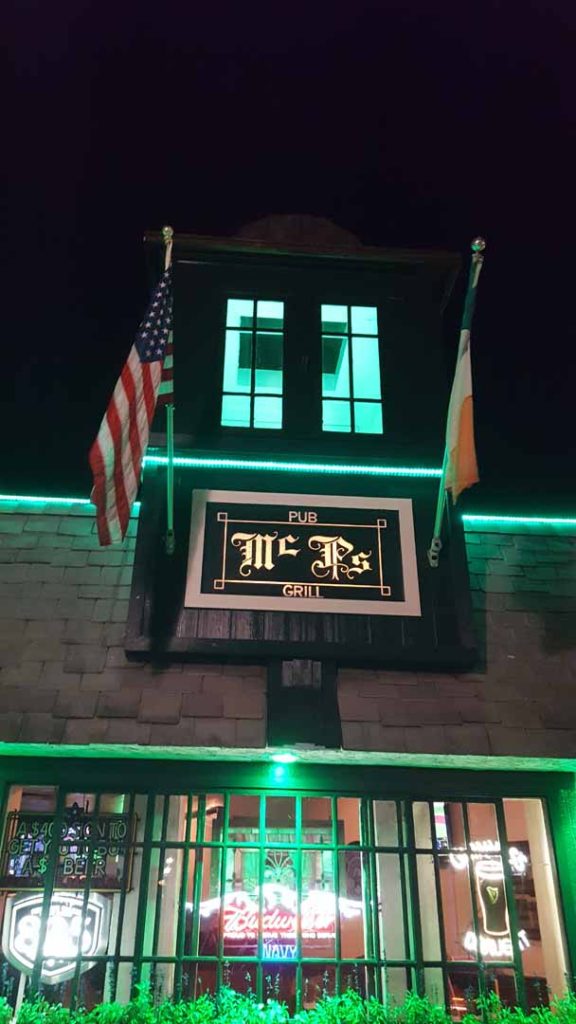 In those days McP’s was likened to the wild west, as rough and tumble SEALs, fresh from BUDs training would come in to unwind and celebrate.

These days, visiting SEALs, both current and former, keep a low profile and are some of the best and most subdued customers in the place. Many come in with their own families. Still, the legend continues to grow about McP’s, home of the Navy SEAL, as is evidenced by the many photos and tributes on the inside walls of the restaurant.

Today the McP’s experience centers around the food, drink and music, for which they have become so well known. Popular musical groups like Ron’s Garage, the Stilettos, Gonzology and In Midlife Crisis play several times during the week. Former Beat Farmer Joey Harris also performs on occasion.

When McP’s opened its doors in 1982, Coronado wasn’t sure what to make of it. Waiters and waitresses dressed in green, the aroma of corned beef and cabbage filled the air, Mulligan Stew was served in a bread bowl, and thick, dark Guinness Stout poured generously from the tap. To say that the tiny restaurant was an acquired taste would not be far off the mark.

The San Diego Old Town Trolley has an official stop located just outside McP’s front door. This has brought an entirely new breed of customer into the restaurant. At last check, the typical McP’s customer fell into one of three categories – tourists (40%) and military (40%), with Coronado locals making up the remainder.

Live entertainment takes place every night through Labor Day featuring the best music on the island. Many successful bands from the region got their start at McP’s – Rockola, the Mar Dels, Stilettos, the Cat-illacs and Ron Wheeler (of Ron’s Garage Band fame).

The menu at McP’s is filled with traditional as well as Irish fare. There are numerous offerings of juicy burgers and healthy salads, and even an Irish menu just for the kids. Happy Hour is 4-6 p.m., Monday through Friday (except holidays). It includes half priced, select appetizers, and all house wines by the glass, discounted beer and cocktails.

Nineteen large, flat screen TVs keep the sports crowd entertained. McP’s carries the NFL Sunday Ticket and Major League Baseball Extra Innings packages, which allow customers to watch all the action, all the time, or any game that is being played. The dog-friendly outdoor patio can serve up to 100 guests. The patio is shaded by large ficus trees and warmed at night by romantic fire pits and heaters.

McP’s Irish Pub is located at 1107 Orange Avenue, at the corner of C Avenue, in Coronado, and continues to be a one-stop-shop for change of commands, wedding parties, rehearsal dinners, reunions and corporate events. For more information call (619) 435-5280 or visit their website at www.mcpspub.com. If you forget the address just follow the noise.

Note: Rules of the Road for July Fourth