Give and Receive, it’s the Neighborly Thing to Do 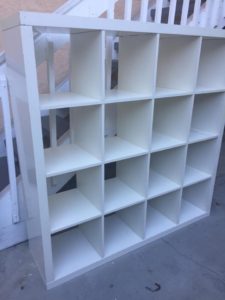 As the world becomes more aware of excess and tunes into recycling and upcycling, the sprouting of online groups where people can pass things on has become a way of making that happen. Whether you are looking for bookshelves or giving away razor scooters, you may find it or get rid of it on one of these sites. 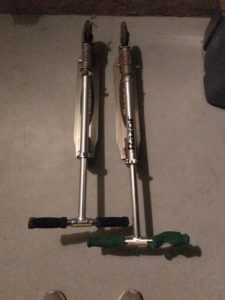 Coronado has two prominent groups like this on Facebook. Freely Given Coronado and Buy Nothing Imperial Beach/Coronado. Each group has its own way of operating, but one thing they have in common is that everything posted on the sites is free. There is no selling of anything, no advertising of services, no charging for help, no bartering or trading. It is giving without expectation of return and asking without worry of judgment.

Freely Given Coronado was started by native Coronadan, Erin Taylor, in 2014 after living in the Pacific Northwest with her family. Once here, she remembered a similar site up north, whose name she doesn’t recall, but she says she “knew without a doubt that there were lots of locals who had great items that they probably no longer had a need or want for but that someone else might actually be in search of. Plus I saw it as an opportunity for neighbors to help one another and giving always feels good.”

Freely Given currently has just under 2100 members. The guidelines are loose.

Erin says she is not particularly picky about if people live in Coronado as long as people are willing to come here to pick things up. Which brings up the issue of people off the island (and also outside of our neighbor Imperial Beach) posting items on the site. Both groups recommend making the exchanges of goods safely; either meeting in a public place or leaving things outside for pickup.

was started in the Pacific Northwest. Erin said it is possible that that is the group that spurred her idea down here. She was unaware that there was a BuyNothing group for the Coronado community in existence.

The Buy Nothing Project began in 2013 on Bainbridge Island, WA when two friends, Rebecca Rockefeller and Liesl Clark, created an experimental hyper-local gift economy. It has now become a worldwide social movement, with groups in 20 nations. The gifting economy has a much greater impact than just ridding or gaining of material items. As an active member of the group in the last neighborhood I lived in over the bridge, I found that it really brought people in the neighborhood together. The guidelines require verification of residence in the neighborhood of your group, and when you move, you move to a different group.

Adults Only ~ Give Where You Live ~ Join Only One Group

They are also clear on how things should be worded so the communication lends itself to conversation and relationship development. The group I belonged to even had a summer party where everyone was able to meet face to face given that a lot of times items were left out to be picked up.

BuyNothing Imperial Beach/Coronado, with just under 1000 members, is a smaller group and is hoping to grow. Both BuyNothing and Freely Given seem to have more asks than gives. Perhaps that is because people don’t know the value in passing it forward or how the process works. I nearly furnished my last home with items that were passed forward, like new. And when I downsized to move to Coronado, I used the site to give again.

In a world where there is so much and some have less than others, this gifting economy is a feel-good way to acquire what you need and pay things forward. Both groups require a request to join. Personally, I love that these groups are an alternative to leaving things in the alley for any random person to pick up. It’s nice to know that neighbors are sharing with neighbors.

By Phil Garn, Advocate for Live Buoy MonitoringMore than twenty members of the public including the colorfully attired Dani Grady and her “Sharkbait Mamas”...
Read more
People

The Coronado Historical Association is dedicated to preserving our community’s special heritage and celebrating our past, present, and future.In that spirit, every year since...
Read more