While some Coronado residents were marching in San Diego to protest gun violence, others were sharing their voice and concern in Imperial Beach in the March for Clean H2O. They started at the IB pier and walked to the surfer monument, chanting along the way, “What do we want? Clean water! When do we want it? Now!” 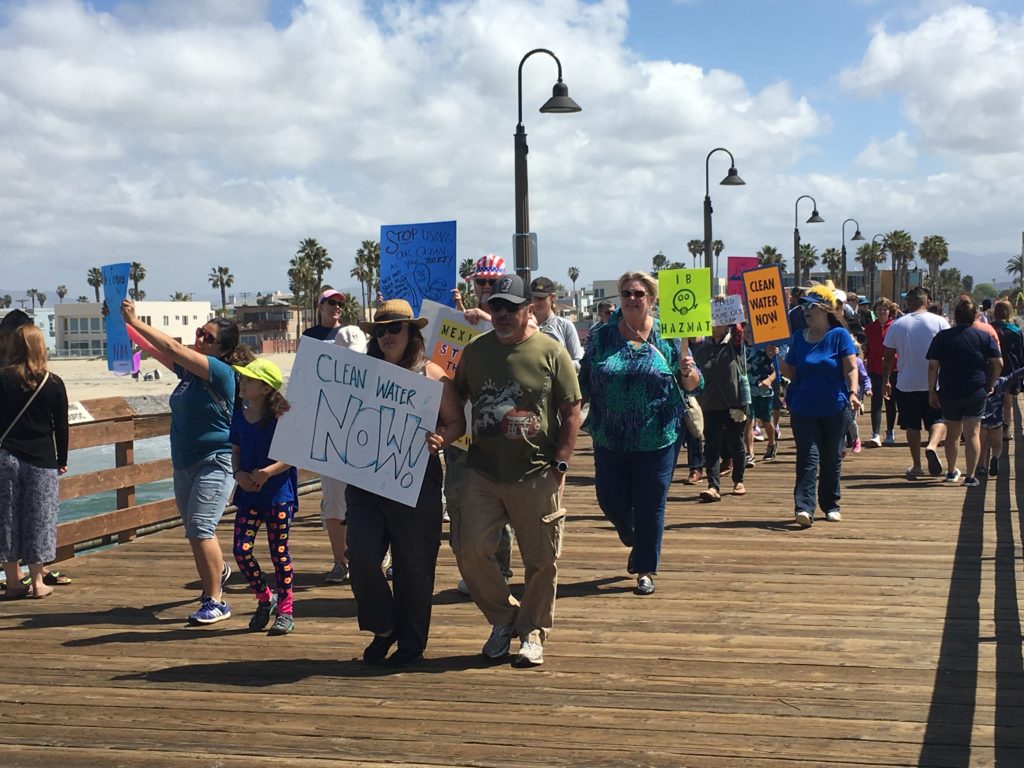 South Bay Clean Water / No Border Sewage, founded by Shannon Johnson, Carrie Jiampa, and Bethany Case, is a sub-committee of the Surfrider San Diego County Chapter. Their mission is to address and eliminate the sewage, trash, sediment and chemical waste that plagues our ocean, waves, and beaches in the border region and South Bay communities. They do this by raising awareness through outreach and education while impacting policy through their advocacy work. Saturday’s march was one of the ways they continue to shine the light on the problem of sewage and pollution creating unsafe ocean water on our coast. 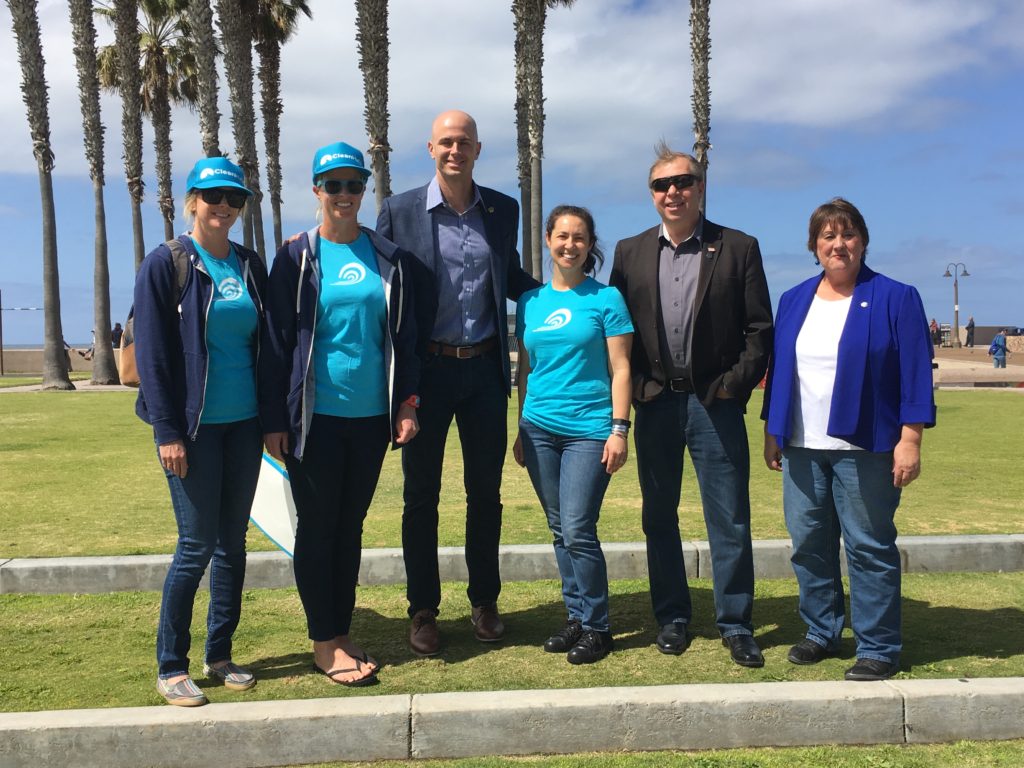 This was the second annual march coordinated by volunteers who support the cause of the non-profit organization and who are determined to push this cause forward for change. The date was chosen so the march shares the month with World Water Day, March 22. Last year, South Bay Clean Water/No Border Sewage led a letter writing campaign in which 3,600 letters were sent to government officials, from the local level in IB and Coronado all the way to the White House. They have started collecting signatures on letters again this year as well. 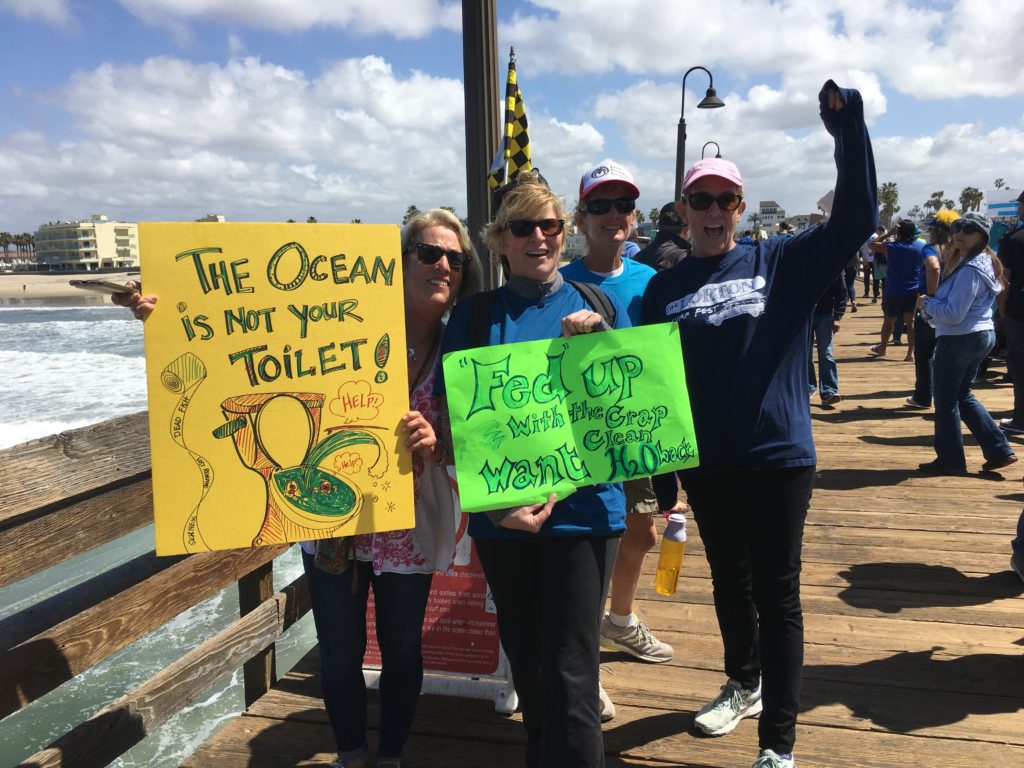 Coronado resident Kim Quinlan says her concerns for son Cole, an avid surfer, are heightened daily with his frequent infections from the water. Kim is a substitute teacher in the Coronado school district who marched alongside her friends and fellow Coronadans, Carolyn Mitchell, Lisa Thompson and Jody Esquer. City of Imperial Beach Councilmember Lorie Bragg and Coronado Councilmember Bill Sandke also marched to show their support. 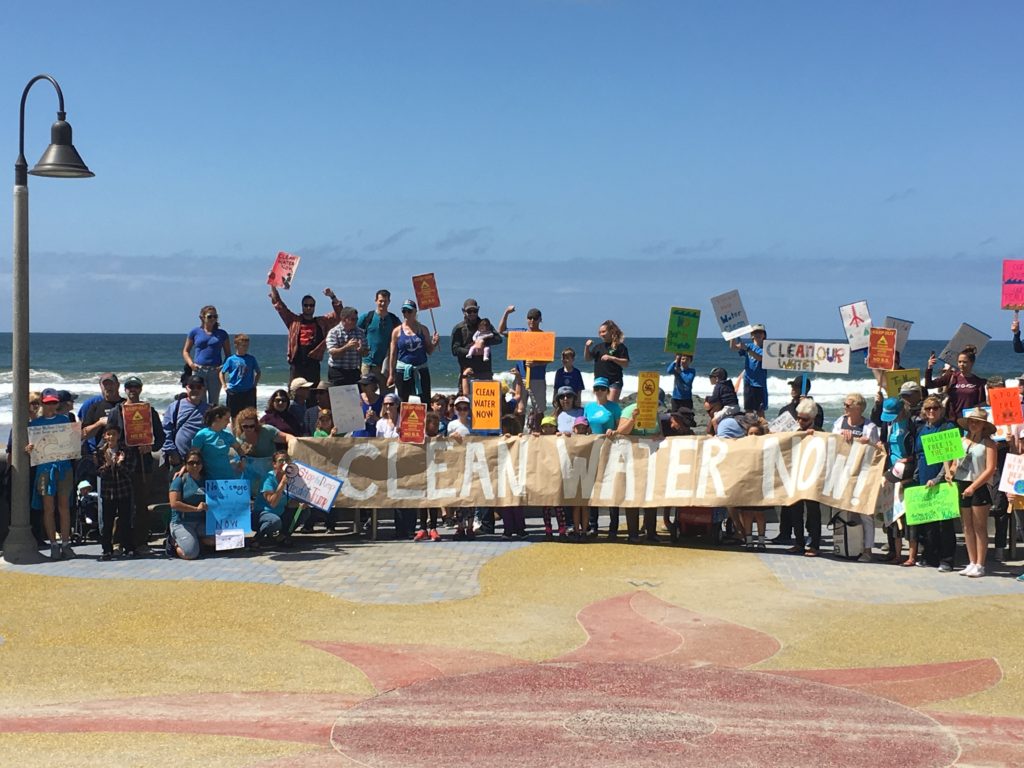 Roberta Lenert was there with her husband and children. They are Cays residents who are water and environmental activists. Roberta started Sharks and Mermaids to get kids more involved in the health and safety of our oceans and animals. 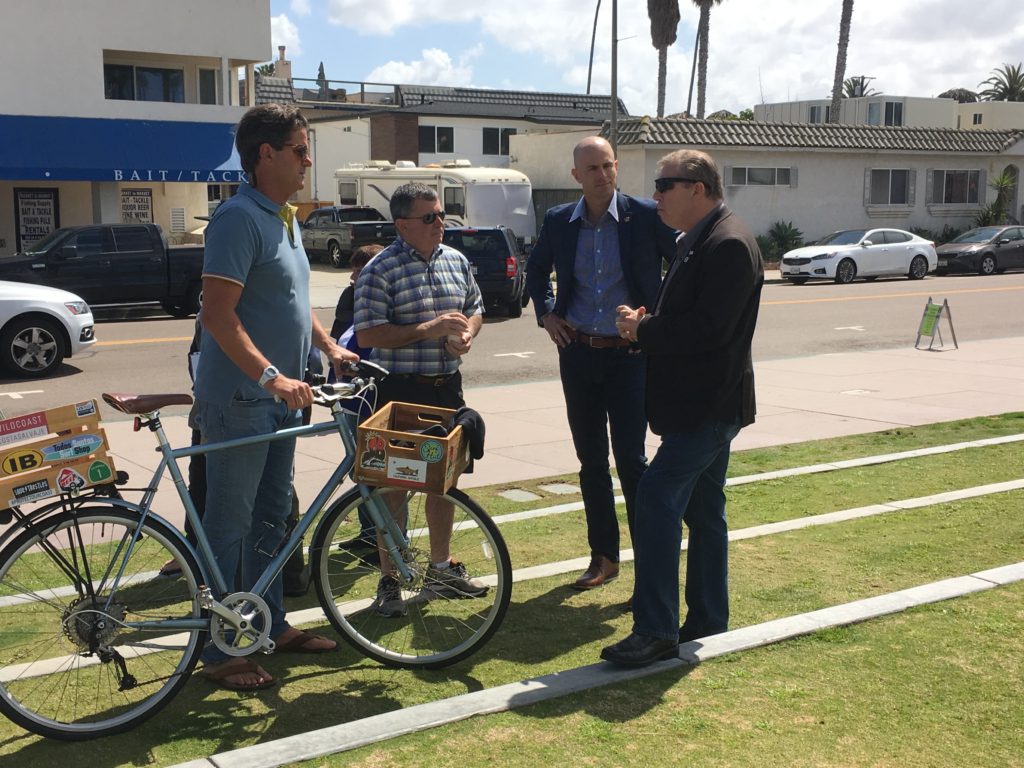 At the culmination of the march, at the seawall at the end of Seacoast Blvd., Imperial Beach Mayor Serge Dedina told the crowd that he is committed to clean water and clean beaches 365 days per year, as well as making the commitment that IB will work with Coronado toward the solution. Coronado Mayor Richard Bailey said this is about “doing what is right, and clean water is right so no kids have to swim in crap.” Chris Harris of the Nation Border Patrol Council, Local 1613, said again as he has said before, “We cannot let parties or ideologies get into to the tent, the tent to clean this up.” The last speaker, Michael Torti of Surfrider Foundation San Diego Chapter thanked everyone for all of their efforts and continued work. 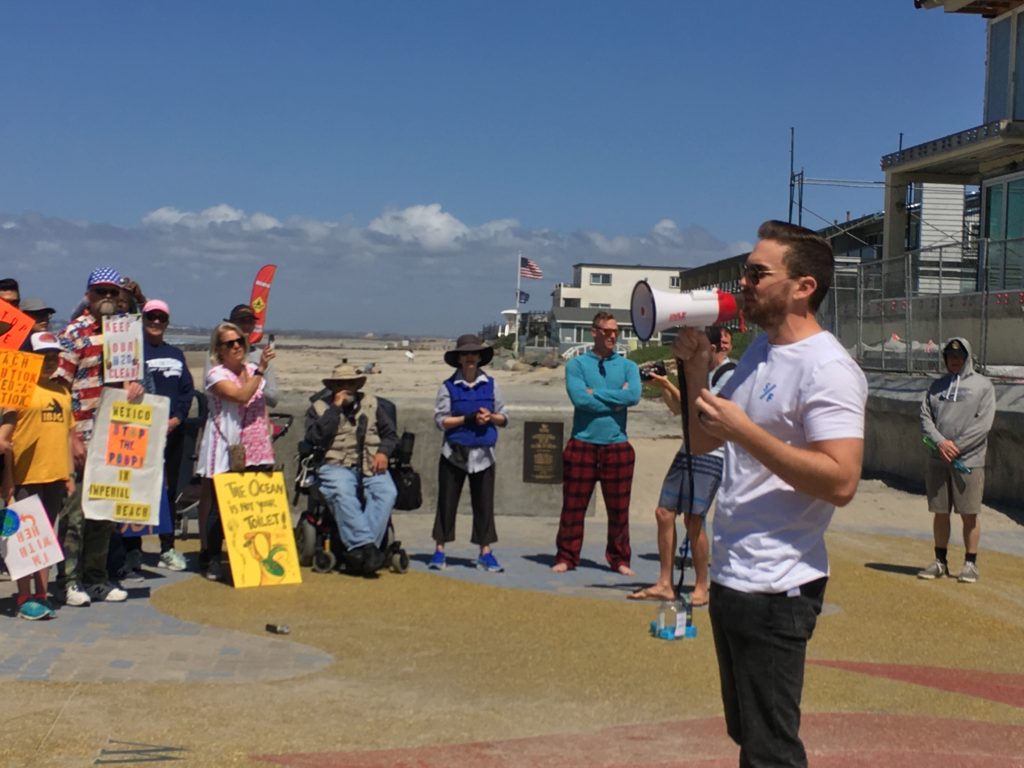