From Fostered to Non-profit to Mom, Not the Story of an Average Early 30s Single Woman 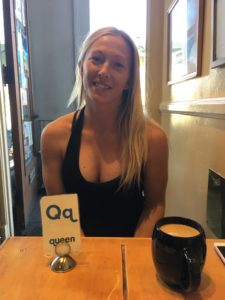 To meet Ashley Linder is to meet a modern-day superhero who calls Coronado her home. A woman of steel, with a heart of gold and determination to make a difference.

When I learned that she was in the process of finalizing the adoption of her 8-year-old son Russell, alone, at 31, I wanted to know more. She kindly obliged.

Ashley has turned tragedy into triumph and again reminded me, “we can do anything we set our mind to.” When she was given the middle name of “Hope” after her great-grandmother, it was no accident, but seemingly a predicated direction for her life. She is truly a Hope giver.

Just three years ago, at the age of 28, Ashley became a foster parent after the rigorous application, background check, home study, and training. On September 25, 2015, Ashley received a call asking if she could take a young boy, that day. And so it was. She picked up Russell, a first grader, and his trash bags of belongings, her first foster child and now her soon to be finalized, adopted son. When Ashley initially became a foster parent, she was engaged to be married; together they also fostered a girl who after nine months found her forever home. 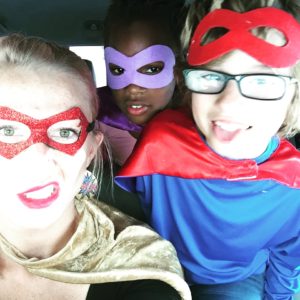 Although Ashley’s wedding never happened, she was more than relieved to find out her marital status would not have an impact on her ability to continue with the adoptive process.

I personally have never met another woman who in their late 20s decides to foster and adopt children. But Ashley is far from average. She was a foster child, not once but twice, at ages 3 and 8. She emancipated herself at age 16. Ashley is a native of San Diego, born to now-deceased parents, who were together as a couple. Their lives were destroyed by drugs, alcohol, and depression which lead to them to at one point abandon their children in a park. Ashley was three.

What is clear when you hear her story, Ashley is not a victim. After emancipation, she lived with a friend in New Hampshire where she moved after being taken in by family following round two of foster homes. She graduated high school with honors, competed in track and field and attended Arizona State University. When the money ran dry someone suggested Ashley join the Navy, she signed a contract as an Explosive Ordnance (EOD) Technician. Her career was cut abruptly short when an injury forced medical retirement after just over two years. She returned to, and graduated from, ASU with a degree in kinesiology. She moved back to San Diego and became a personal trainer and an EMT. It’s clear Ashley pursues adventure and helping people. She currently works as a medical assistant as she wraps up the prerequisites to apply for a Physician’s Assistant program. 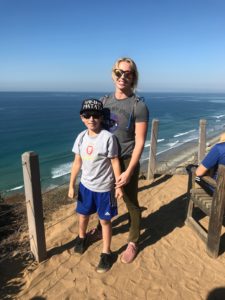 Her goal is to be accepted and attend Stanford. If anyone can make this happen while keeping all the balls in the air, I am thoroughly confident it’s Ashley. She is an incredible example of perseverance and commitment.

While in the process of fostering she also started a non-profit, Linderkids.org which sponsored children to have a CrossFit membership as a positive and healthy experience in life. As a personal trainer and someone committed to fitness and health, she knows the importance and difference lifestyle can make. Linderkids.org had to be put on hold after when she found herself alone in the adoption process but you can expect she will continue to do something with it when the dust settles.

Ashley’s vision is to rebrand what it is to adopt through the foster system like she has. The statistics she shares are that 70% of children who age out of the system (meaning they turn 18 while in foster care) end up in prison at some point in their lives and 50% of women become pregnant within that first year. Only 1% go to college.

Her ultimate dream is to for all children to love and feel loved. When asked if she would like to birth children someday, her answer, “Yes!” She would love to have as many kids as possible.

The emotion shared with me during our interview spoke volumes about the passion she has for being Russell’s mommy. 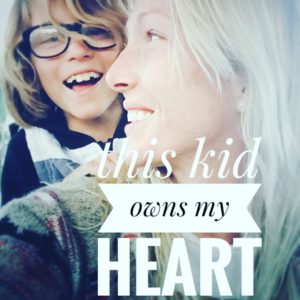 They sound and look to be a match made in heaven. They do have a relationship with his biological mother whom he refers to as “Mom” and Ashley describes as being graceful under the circumstances.

A huge thank you to Ashley “Hope” Linder for giving children a life they may not have found otherwise, for showing that anyone can do anything and for sharing intimate details and pictures of your life and the life of your child. Our desire, not our story defines our future. We are not our story, Ashley is living proof. She is a SHERO.