Fonda Don Diego, located at 120 Orange Avenue, is Coronado’s newest Mexican restaurant with a menu designed by Chef Alejandro Martinez from Chez Loma. Located in the same space where Gustatory was formerly located, Fonda Don Diego is still in its soft opening phase, open from 8:00 am to 2:00 pm. Starting this coming weekend, the restaurant will be open all day from 8:00 am to 9:00 pm, serving breakfast, lunch, and dinner. Fonda Don Diego’s Sam Ibarra says, “We’re trying to bring the vibrant flavors of Mexico into Coronado.” 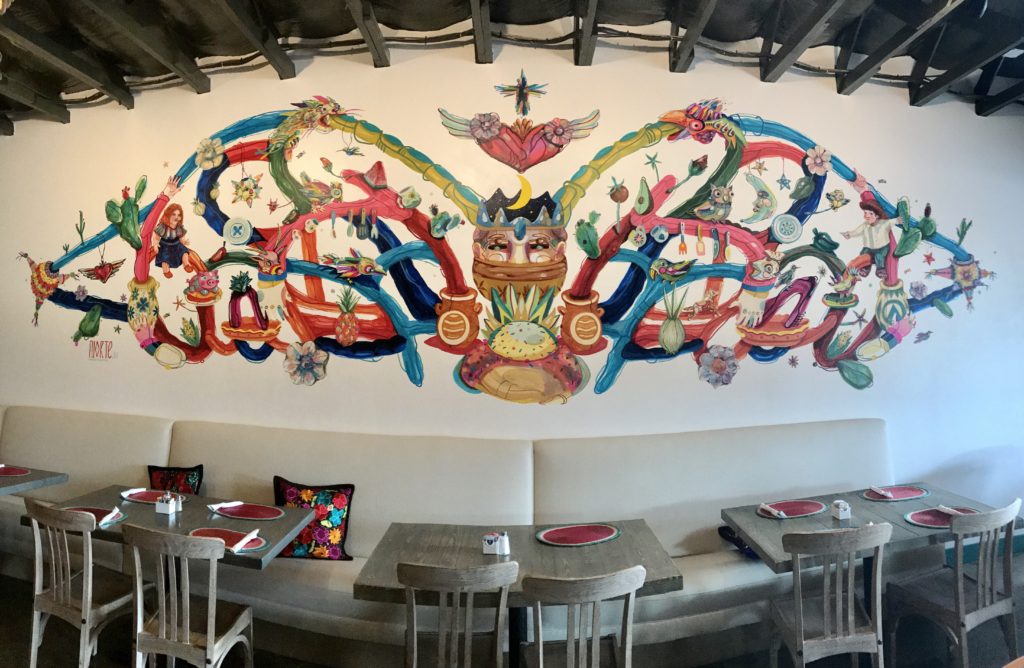 Interested in sampling the newest Mexican-inspired cuisine to hit the Crown City, my friends joined me for breakfast at Fonda Don Diego on Wednesday, September 6, 2017. Many of us had previously dined at Gustatory, whose name is temporarily still on the awning. While Gustatory had a very modern, minimalist feel, Fonda Don Diego’s ambiance, which includes indoor and outdoor seating, is the opposite. With vibrant murals and colorful furniture and decor, Fonda Don Diego is welcoming and cheery, making it the perfect place for my friends and I to start our day.

As we sipped the aromatic coffee while perusing the menu, my friends and I remarked that it was going to be hard to choose what to order. Everything sounded so good! With so many choices, my friends and I each intentionally ordered something different so we could see as many of Fonda Don Diego’s offerings as possible.

I was impressed that there were six different omelettes from which to choose. Each omelette consists of 3 eggs served with tortillas and refried beans/breakfast potatoes. Omelettes cost $11 with the option of a $2 upgrade for an egg white substitution.

I ordered the Mexican Omelette (onion, tomato, serrano chili, cilantro, Cotija cheese, tomatillo sauce). It was delicious! I liked how thin the outer egg layer was, and the serrano chili definitely gave the omelette a kick without making it too spicy. I appreciated the size of the omelette, which felt reasonable unlike the omelettes in some restaurants that look like they’re a challenge rather than a meal for one person.

The breakfast potatoes were cooked thoroughly, and I could tell that my potatoes were cooked specifically for my entree as opposed to me being served some overdone, crunchy potatoes that were prepared en mass in advance and then reheated. Even though tortillas were brought out in a basket along with my entree, I didn’t eat them. (With a hearty amount of breakfast potatoes already on my plate, I figured I didn’t need to consume any more carbs.) I just started drinking coffee this year (I know! What was I thinking not drinking it before? I’m finally a grown up!), and I appreciated the endless refills that kept coming.

My friend Kris ordered the Cheese Omelette (Oaxaca, panela, Cotija cheese, epazote, tomatillo sauce). She shared, “It was really yummy! The potatoes had a little bit of spice to them, which I enjoyed.” Kris offered a tidbit of advice for anyone considering ordering this. “I’d recommend chopped jalapeños on the inside and a side of salsa if you like spicy foods. Like me, Kris opted not to eat the tortillas. (Ah, how we miss the days of our youth when carbs were still our friends!)

My friend Erin ordered the California Omelette (artichoke, olives, tomato, bacon, avocado, and ranchero sauce), and requested the egg white substitution. As she pointed at her plate, Erin emphatically declared, “This is my new favorite breakfast! Sometimes when you order an omelette with egg whites it ends up lacking flavor a little bit, and with this omelette that wasn’t the case in the slightest. The ranchero sauce was delicious, and the bacon was nice and crispy. Everything was delightful, and the potatoes were fantastic! I can’t wait to come back here with my husband!”

My friend Heather ordered the Rancheros (tortilla, refried beans, 3 fried eggs, ranchero sauce – $11). Heather, who doesn’t shy away from carbs like Kris and me because she needs to fuel her body as she trains for the Chicago Marathon next month, said, “I thought that it was absolutely delicious and cooked perfectly. I would definitely return to have it again.”

Both Heather and our friend Kelly enjoyed a mimosa with their breakfasts. Heather’s was made with orange juice while Kelly chose the passion fruit mimosa. Kelly said, “I thought the mimosa was really good, the perfect breakfast treat, if you will.” 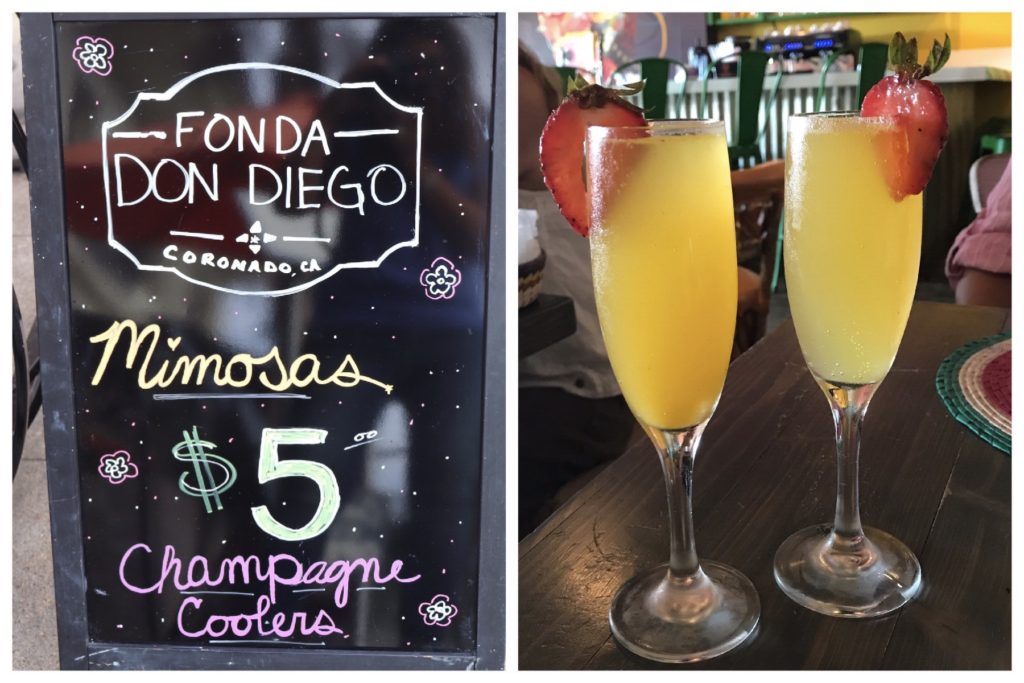 Kelly ordered the Burrito Gringo (wheat tortilla, beans, rice, scrambled eggs, chorizo, potatoes, tomatillo sauce – $8). “Wow! That was a lot of food,” she shared, patting her to-go box that held the other half of her burrito that she couldn’t finish. Kelly’s dish didn’t come with the ranchero sauce, and she suggests that people ordering it ask for some on the side like she did. “Overall,” she concluded, “it was awesome!”

Both my friends named Stephanie ordered menu items with which I was completely unfamiliar. Stephanie D. ordered Ahogados (3 poached eggs in black bean broth, chipotle sauce, cilantro, served with tortillas – $11). Stephanie D. said, “I found the menu to be unique and interesting. I was unfamiliar with a lot of the dishes on the menu. I took a leap of faith, and tried something very unusual, finding that it was delicious! I’ve never had black beans with breakfast, and it was fantastic. I feel like Fonda Don Diego will really help people like me expand their horizons, and I highly recommend this restaurant.”

Stephanie H. ordered the Divorciados (tortilla, refried beans, 3 fried eggs, ranchero sauce tomatillo sauce – $11). Finishing her last bite, Stephanie declared, “This was delicious! I was so happy when I looked at the menu and saw that they have my favorite breakfast! This is what I order every time I go to Mexico. It’s my favorite because it has red sauce and green sauce so I get to taste both sauces rather than choosing just one. I loved their ranchero sauce and tomatillo sauce, and the only thing I regret is not ordering a side of bacon.” (Stephanie definitely had a little bit of bacon envy as she eyed up Erin’s California Omelette.)

My friend Colleen, who definitely has the most sophisticated palette among us since she got to wine and dine at some of the best restaurants while she and her family were stationed in Europe, ordered the Egg Torta (scrambled eggs, black beans, avocado, cheese, served with salad or house potatoes – $8.) At Fonda Don Diego, she learned that Mexican tortas are different than the tortas she was accustomed to in Europe. “I wasn’t expecting my entree to be a sandwich,” she explained. Because it was different than she anticipated, she ate some of the bread, but then chose to eat it more like an open faced sandwich with salsa on top. (She too fears the wicked carbs it seems!) “For someone who likes bread and sandwiches, this would be perfect,” she said.

Even though the dish wasn’t what she had in mind when she selected it from the menu, that didn’t stop Colleen from enjoying her meal. She shared, “The avocado was perfectly ripe, and the salsa I asked for on the side was very flavorful; it really made the sandwich.” Colleen, who loves going out for breakfast with her husband, echoed Erin’s sentiments, saying she too can’t wait to bring her own husband there.

My friend Dani ordered the Oatmeal (rolled oats, cinnamon, nutmeg, agave syrup, apple, walnuts – $8). Dani, who’s very health conscious, said, “I love oatmeal, and sometimes when I order it at restaurants it’s really gross. This oatmeal had the perfect creaminess. It was a big bowl, but I ate it all because it was so good!” One aspect of Fonda Don Diego’s oatmeal that Dani especially took note of was the cinnamon on top, giving it an authentic Mexican taste. “There was a ton of fresh cinnamon on top; it wasn’t cinnamon-sugar, it was just cinnamon, and I loved that,” she said. Dani appreciated how there weren’t too many walnuts on top, and liked the fresh green apple slices that accompanied the oatmeal. Sounding a little like Goldilocks, Dani shared, “It wasn’t too sweet. I liked how they didn’t put brown sugar on it like most restaurants do. It was amazing! I love it here, and will definitely come back.” 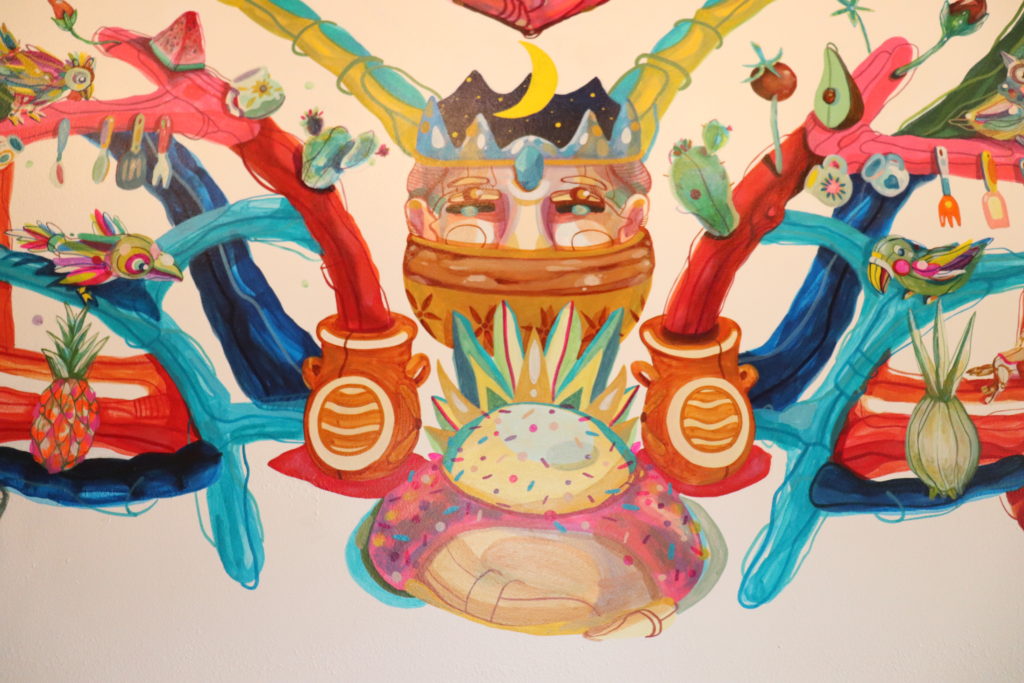 After we finished breakfast, we noted that most of us cleared practically our entire plates, which speaks volumes, doesn’t it? Those of us who didn’t finish our food asked to have it wrapped up to continue enjoying when we had more room in our bellies. It was definitely too tasty to toss!

When I asked my friends for a show of hands as to how many of them would consider returning to Fonda Don Diego, without a moment’s hesitation there was a unanimous consensus that all of us, including me, would return in a heartbeat.

Colleen said, “I liked all the little touches like the lemon with the water, and how they had bottles of water on the table so I didn’t have to ask for refills.”

Erin reflected, “The food here is unlike anything I would ever/could ever make for myself at home. I’d come back tomorrow!” As Erin explained how she appreciated the reasonable sized portions and the freshness of ingredients, she summarized, “Eating here feels like I’m eating healthy without sacrificing flavor.”

Stephanie H. shared, “I just love everything about this place! I thought it’s super cute in here, and I loved their impressive menu selections. As I looked around to see what everyone else ordered, I thought all the plates looked delicious. It felt like taking a little trip to Mexico, only this was much better because I could ride my bike here!”

As far as I’m concerned, my experience at Fonda Don Diego was wonderful, and I can’t wait to return to try their lunch and dinner menus. I appreciated how we were each given individual checks without us even having to ask. Nothing is worse at the end of a fun morning out with friends than trying to figure out who owes what. Well done, Fonda Don Diego! Well done in so many ways! 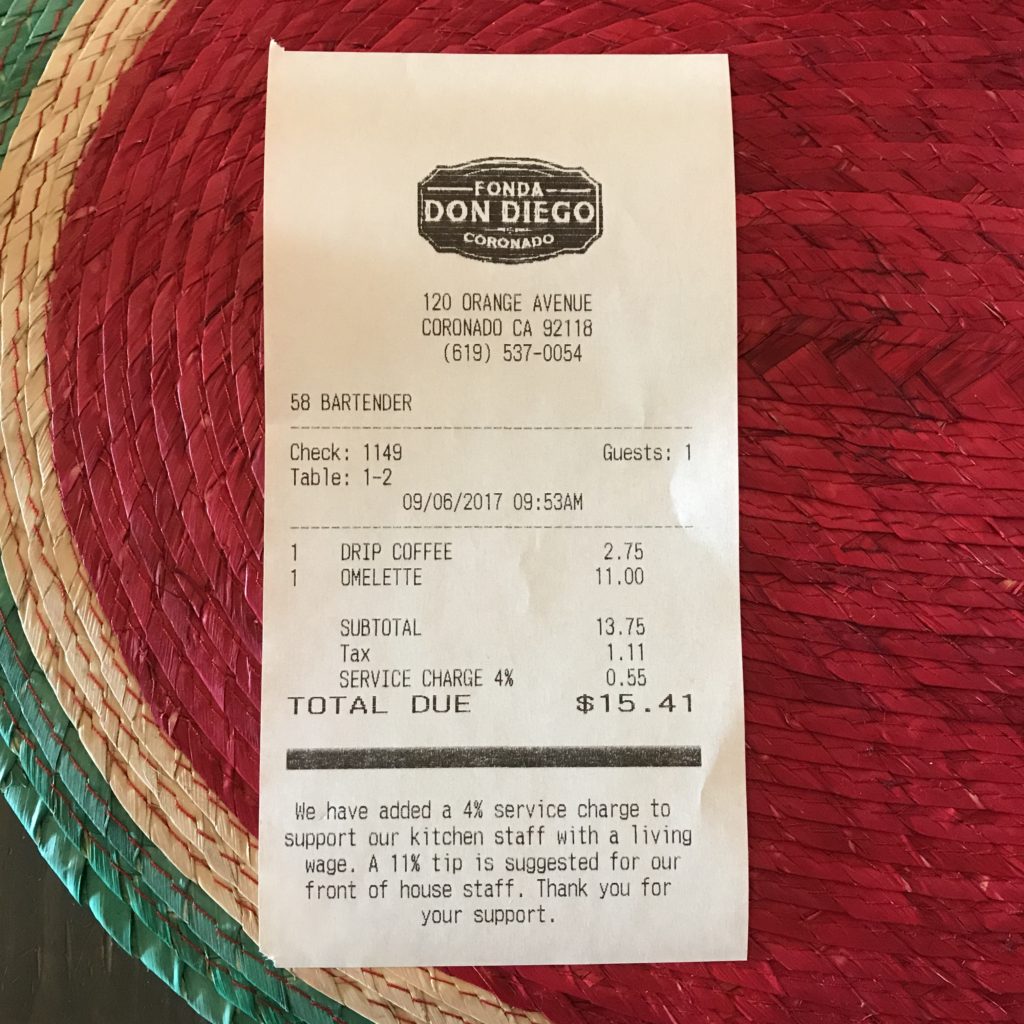