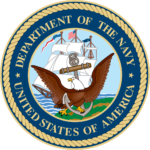 The Navy has its first female applicants for its most elite special warfare roles. Two women have enlisted in the Special Warfare Combatant-Crewman (SWCC) program and SEAL officer program, in hopes of joining the Navy’s special operations teams.

The identity of the candidates and their progress cannot be revealed, due to operational security concerns, as public attention in the training pipeline could affect a candidate’s safety and career.

These candidates signify a momentous milestone for the Navy, which has previously allowed women into every career field except the SEALs and SWCC communities.

In January 2016, the Defense Department issued a mandate for the Pentagon to open all ground combat and special operations jobs to women. These candidates are the first female applicants in the 18 months since that historic change took effect.

Although these women have already made history, they still face a long road ahead of them, which includes some of the most daunting attrition rates in any military training process.

“Naval Special Warfare relies on assessing, selecting and training the best and most fully qualified candidates in order to deliver the world’s premier maritime special operations force,” says Lieutenant Commander Mark Walton, United States Navy Public Affairs and Media Officer for Naval Special Warfare Command. “Our validated occupational standards are the product of more than 50 years of performance specific to NSW. Any changes would be a disservice to the exceptional candidates willing to test and perform within the established standards. Our validated, gender-neutral occupational standards will apply to all Naval Special Warfare candidates.”

Eight SEAL and seven SWCC classes have graduated since March 2016, according to a Naval Special Warfare Center briefing last month for the Defense Advisory Committee on Women in the Services. All classes were entirely male.

“This summer a female midshipman will train with other future officers in a course of instruction that is a prerequisite for officers who want to attend SEAL training,” says Walton. “SEAL Officer Assessment & Selection (SOAS) is part of the accession pipeline to become a SEAL and the performance of attendees this summer will be a factor for evaluation at the September SEAL Officer Selection Panel.”

Still, Walton wants to avoid needless speculation about when the first woman will enter an elite Navy force.

“It would be premature to speculate as to when we will see the first woman SEAL or SWCC graduate.  Managing expectations is an important part of the deliberate assessment and selection process; it may take months and potentially years,” Walton states.

While it’s too early to predict the outcome of these women’s training, it’s becoming increasingly clear that these candidates are paving the way for future generations of women to be represented in special operational communities.

The candidates should be allowed the opportunity to succeed in their training pipelines on their own merit, away from the attention or scrutiny of the media and public. It is for that reason that The Coronado Times is committed to respecting the safety and operational policies the armed forces has in place and will not go to great lengths to identify these women.