This coming weekend marks an important event for Coronado native Tani Cohen with the screening of the 2006 documentary, Mr. Conservative: Goldwater on Goldwater, at the Coronado Film Festival. Ms. Cohen and CC Goldwater, Barry Goldwater’s granddaughter, serve as producers of the documentary which gives a very personal account of former Arizona Senator Barry Goldwater’s political and private life.

Drawing on interviews with an all-star cast of media legends and political/judicial heavy-hitters, Cohen and Goldwater achieve a balanced film that details both the highs and lows of Goldwater’s political career. But more importantly, these producers give viewers a colorful picture of Goldwater as brother, husband, father, and grandfather through the inclusion of archival footage and the very personal interviews with family members who knew Goldwater best.

Ms. Cohen says that she and CC “started the journey 12 years ago” when CC approached her about doing a film project. They both felt that CC’s grandfather would make an excellent subject and so they embarked on a journey where both women discovered the many nuances of the legendary man.

Both producers decided early on to present “an unbiased presentation” of Goldwater so they interviewed both supporters and detractors and touched on some of the more colorful things Goldwater said and did. Cohen recalls that making the film was “a terrific adventure,” and a “very interesting journey” because Goldwater was such a fascinating character.

Goldwater was a multi-talented man who was born in Arizona when it was still just a territory. He had unbridled love for his home state as well as the Native American people who lived there. He was both an avid photographer and a ham radio enthusiast who facilitated communication between service members serving in Vietnam and their families back in the States. He could be found piloting his plane across the vast expanse of the Arizona desert, visiting the local Hopi and Navajo people and documenting their lives in a series of striking black-and-white photographs that clearly convey the respect he had for them.

Although Ms. Cohen considers herself to be a “die hard Democrat,” she found Goldwater “to be an unbelievably fascinating person,” and went on to say, “We don’t have politicians like him today.” Goldwater’s political views did not reflect the typical views of his party as he was pro-choice and believed gay men should be allowed to serve in the military. He was hit hard with criticism during his presidential run in 1964 because of his decision to vote against the Civil Rights Act. Cohen explains that this had nothing to do with bigotry, rather, Goldwater was a libertarian and constitutionalist who believed that the federal government was infringing on states’ rights.

When asked if she and CC encountered any major problems or roadblocks during the making of the documentary, Cohen recounts that, “for various reasons we had to redo our interviews with the [featured] Senators off-site…which resulted in the great difficulty of rescheduling them.” One of their most important interviews was with then-senator Hillary Clinton. Cohen says, “We didn’t know if she was going to show up until a couple hours prior when the Secret Service came in to survey the place!”

Viewers learn about Goldwater’s personal life in revealing interviews with CC’s mother, Joanne, as well as Goldwater’s brother, Bob, and CC’s uncles Michael and Barry Goldwater, Jr., and aunt Peggy. The family interviews are perhaps the most touching part of the film because they bring the elder Goldwater to life.

Tani Cohen grew up in Coronado and tells me that her father had a department store, “right where the Rite Aid now stands.” Her father, whom she calls, “Mr. Coronado,” was “very civic-minded” and served on the Coronado school board, the City Council, and as Chair of the library renovation committee. She calls Coronado “a great place to live” and has wonderful memories of her life here and says that “the Del was our backyard.” She tells me that she and her family were members of the Beach and Tennis Club and that it was not uncommon to spot movie and television stars, such as Lucille Ball and Jerry Lewis, around town.

Cohen got involved in the Coronado Film Festival because of her connection to Doug St. Denis, the festival’s Executive Director and Founder. Cohen grew up with Denis’ kids and was only too happy to offer any assistance with the festival. After viewing her documentary, Denis asked if they could screen it at the festival.

Cohen made sure to point out that she was not the only Coronadian to work on the documentary. She tells me that Henry Goldberg served as her production coordinator. Henry’s grandmother “owned the store, MJ Brown.” She continues, “Henry had just finished college and moved to LA and fortunately I had the opportunity to hire him to work on the film.”

Cohen is thrilled at the chance to show her work here in Coronado and states, “Coronado is such a wonderful location because it has a history with film, especially the Hotel Del.” She also notes that it is an easy drive from Los Angeles and is a fantastic location for a film festival.

In addition to Cohen and CC Goldwater, many members of the Goldwater family plan to attend the documentary’s screening. Mr. Conservative: Goldwater on Goldwater will be screened this Sunday at 10:00am in the Coronado Library’s Winn Room.

For more information on the Festival, click here: coronadoislandfilmfest.com 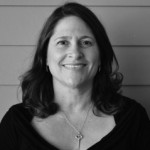