One Man’s Passion Brings a Better Beer Scene to Coronado 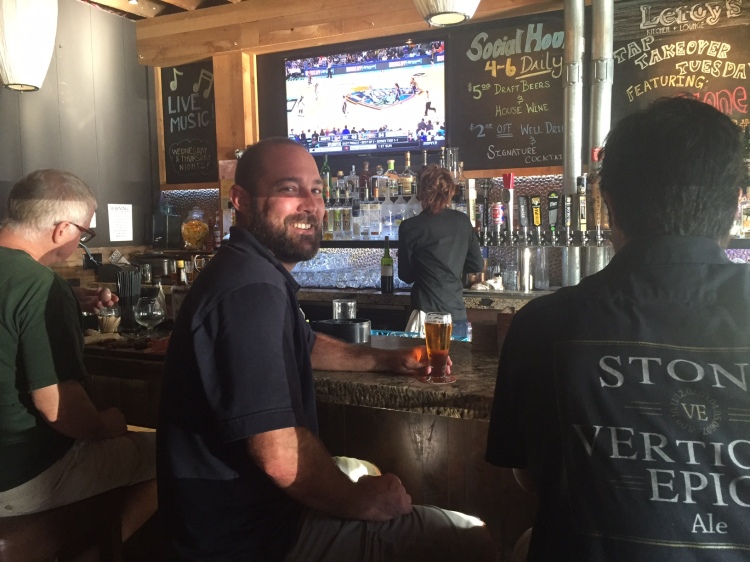 San Diego has become a rising hot spot for its beer scene. Some enjoy drinking it, some enjoy brewing it, some enjoy distributing, and some — like Garrett Dyson — enjoy selecting different beers for restaurants around town to serve for their guests to enjoy.

Although Garrett has always had an appreciation for beer, it was a long process from hobbyist to his appointment as Beer Director at Blue Bridge Hospitality, the Coronado-based restaurant group behind Stake Chophouse & Bar, Leroy’s Kitchen + Lounge, and more. Dyson’s journey began in earnest when he started bartending at the age of twenty-one, serving at bars and clubs before moving into the craft beer scene.

Garrett explains his progression from bartender to beer director, saying “It became a hobby to me. I really got into it, I got into doing the tastings, and I realized that drinking good beer doesn’t mean you have to drink a lot. You can sip it, sit back, enjoy it. This mindset is similar to a lot of folks in Coronado who have an appreciation and a taste for a quality product.”

Unlike most employees, Garrett’s job doesn’t end at the end of the workday. He embraces his passion and keeps his mind on his work, even when he’s off the clock. ”Every time I go out, I try to find new beers that I want to bring to different restaurants in Coronado. Whether I am going to a brewery or local beer bars around San Diego, I am trying to find something I’ve never drank before.”

Leroy’s Kitchen + Lounge is Dyson’s current focus, with sixteen handles of beers rotating in and out constantly. Garrett explains that none of the beer selections at Leroy’s are continuously offered. Some return after rotating out, but none remain in perpetuity. He admits that it can be a challenge, but it’s one that he enjoys.

Stake Chophouse & Bar is also a high priority for Blue Bridge’s head beer connoisseur. Garrett shares that Stake maintains the eclectic menu expected at a world class steak house, and he believes that the beer offerings need to be similarly world class and pair well with the food. As a result, much of Dyson’s focus is on researching the ways different meats pair well with different beers.

While the menu changes with the seasons at Leroy’s and Stake, Village Pizzeria (another Blue Bridge holding) maintains a fairly consistent menu through the seasons, so the beer offerings are very consistent — typically eight or so beers are available on draft. Beer and pizza are a natural pairing, and many people have already discovered their favorite combination. 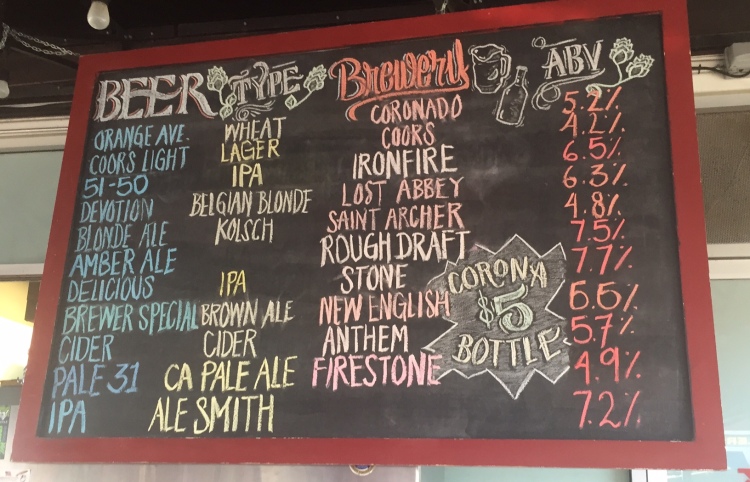 Lil Piggy’s, Blue Bridge’s BBQ restaurant, on the other hand, features more than 100 bottles of beer to choose from. Much of the selection is domestic, sourced from San Diego to L.A. to Northern California to Michigan and Hawaii. 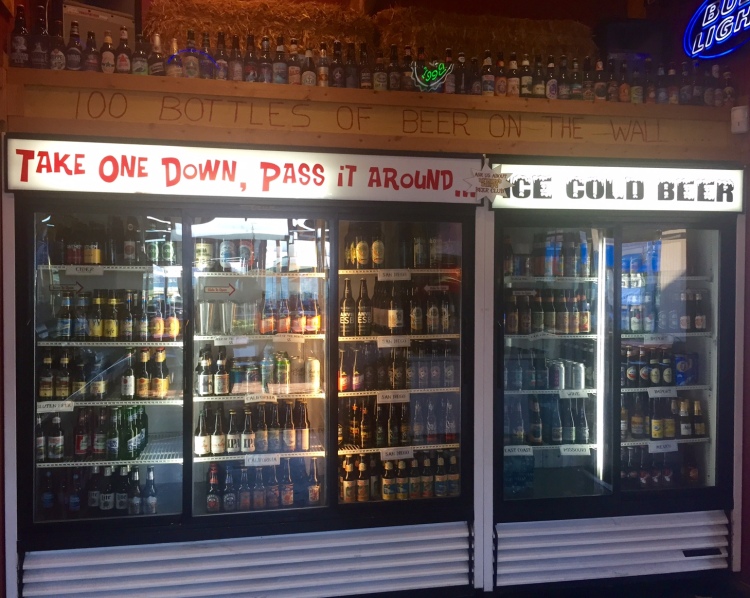 Up next for Blue Bridge Hospitality’s beer program: Garrett is working to increase the bottled beer selection at Leroy’s and possibly even offer a beer club, as several other popular restaurants around the island have. These clubs tend to be popular with customers, as they allow members to try a variety of different beers.

Garrett is truly an expert and a connoisseur of beer, so we decided to put his expertise to work and asked for suggestions on which beers would pair well with an entree at Lil Piggy’s. Garrett advised that with the smoked meat such as the brisket, he would recommend a beer with a richer flavor, such as a porter or a stout. “The darker beer goes really well with our food. If you were to do a pulled pork, you should try an IPA, especially if you use the habanero mango barbecue sauce. The IPA really opens up the flavor in the habanero.”

One of the more challenging aspects of being the Beer Director (or perhaps more accurately, the Beer Guru) is not only discovering new flavors that are currently available, but also keeping up with the trends in beer. Garrett’s advice for readers is to expand your horizons. Go out and try something different. That’s how you are going to learn and know what you like. To help beer drinkers do this, Garrett tries to put a variety of options as he crafts the beer selections for Blue Bridge’s restaurants, especially at Leroy’s where the beer selection changes frequently.

If you are interested in beers and pairing them, something to check out in the next few months are Leroy’s Collaboration Dinners. These special menu events include a five course meal along with beer pairings for every course — the next one is scheduled for October 13.

So come in to one of Blue Bridge Hospitality’s local restaurants and try one of the fine beers available at each location. Or take Garrett’s advice and try as many as you can to find out which ones you really like!

Lamb's Players Theatre has been closed since March, mid run of the musical Alice. When the show's run was cut short, the cast got...
Read more