After Remodel, Spiro’s Greek Cafe is Back and Open for Business

Spiro’s Greek Cafe opened up shop in Coronado 17 years ago by Nancy and Spiro Chaconas. Spiro is a Greek native, Nancy is originally from Texas. After a trip to Spiro’s home country, Nancy told Spiro that she wanted to open a Greek cafe and the rest is history.

The recent remodel at Spiro’s Greek Cafe attracted a lot of attention from locals. Even though the remodels began about three years ago, it wasn’t until this year, mid-May that they had shut down the entire cafe to focus on renovations. During the next couple months, into the beginning of Summer, locals peeked in through the windows at the progress and shook their heads in longing of the infamous Greek cuisine.

The three year remodel took several phases to complete. Some of the changes were able to be completed by shutting off select sections of the cafe, such as redoing the entire back patio to allow for more guests while simultaneously serving guests inside. The bigger tasks, however, had to be completed during the closure such as adding the bar seating and redoing the entire kitchen. 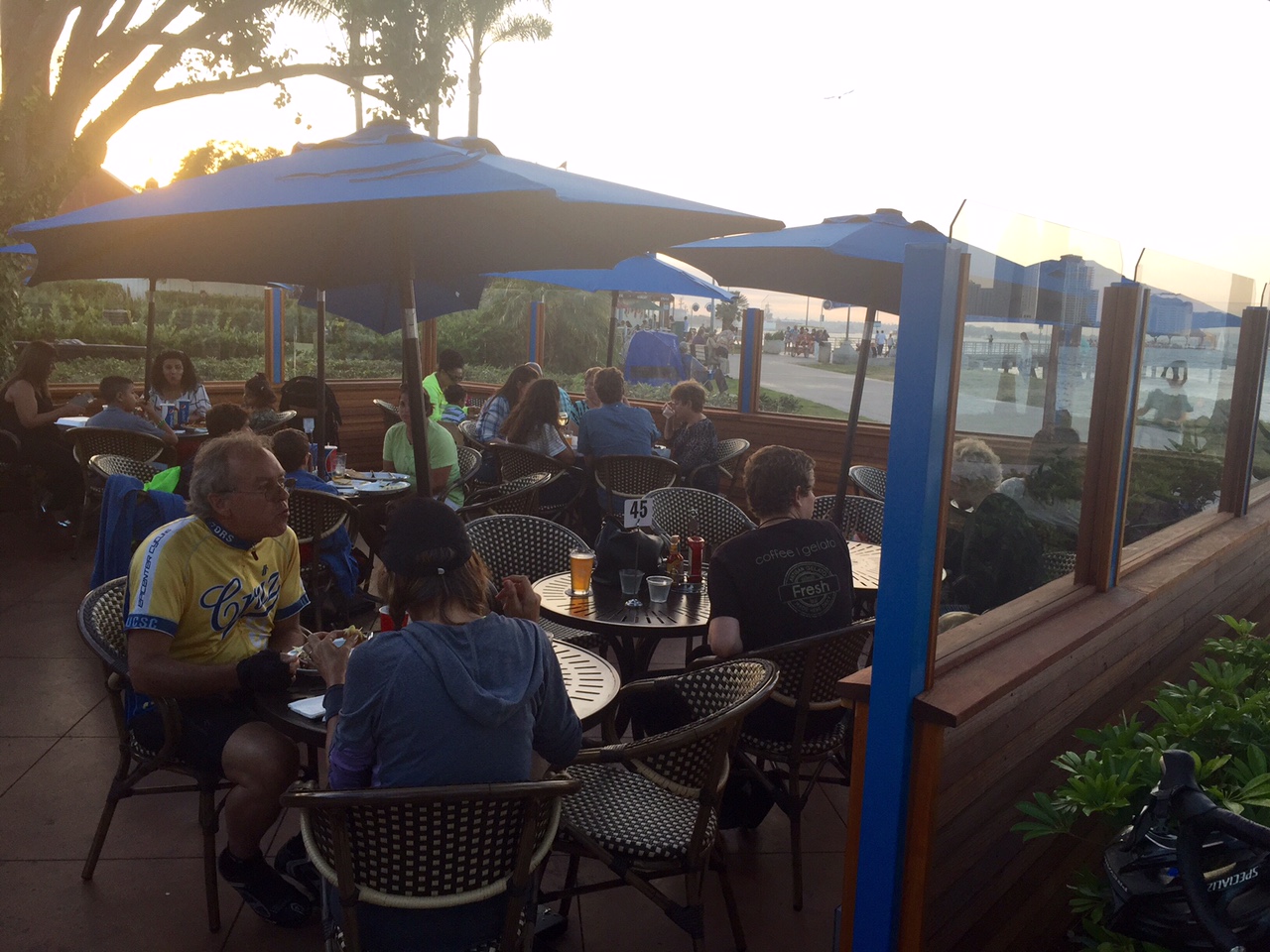 Manager, Robyn Gray, discusses the changes, depicting the brand new kitchen as “state of the art” and she goes into detail about what this change means for their menu.

“We are able to serve better quality food: lamb chops, filet mignon. Weekend specials like fish and filet mignon kabobs instead of just the regular beef tender kabobs we had before.” 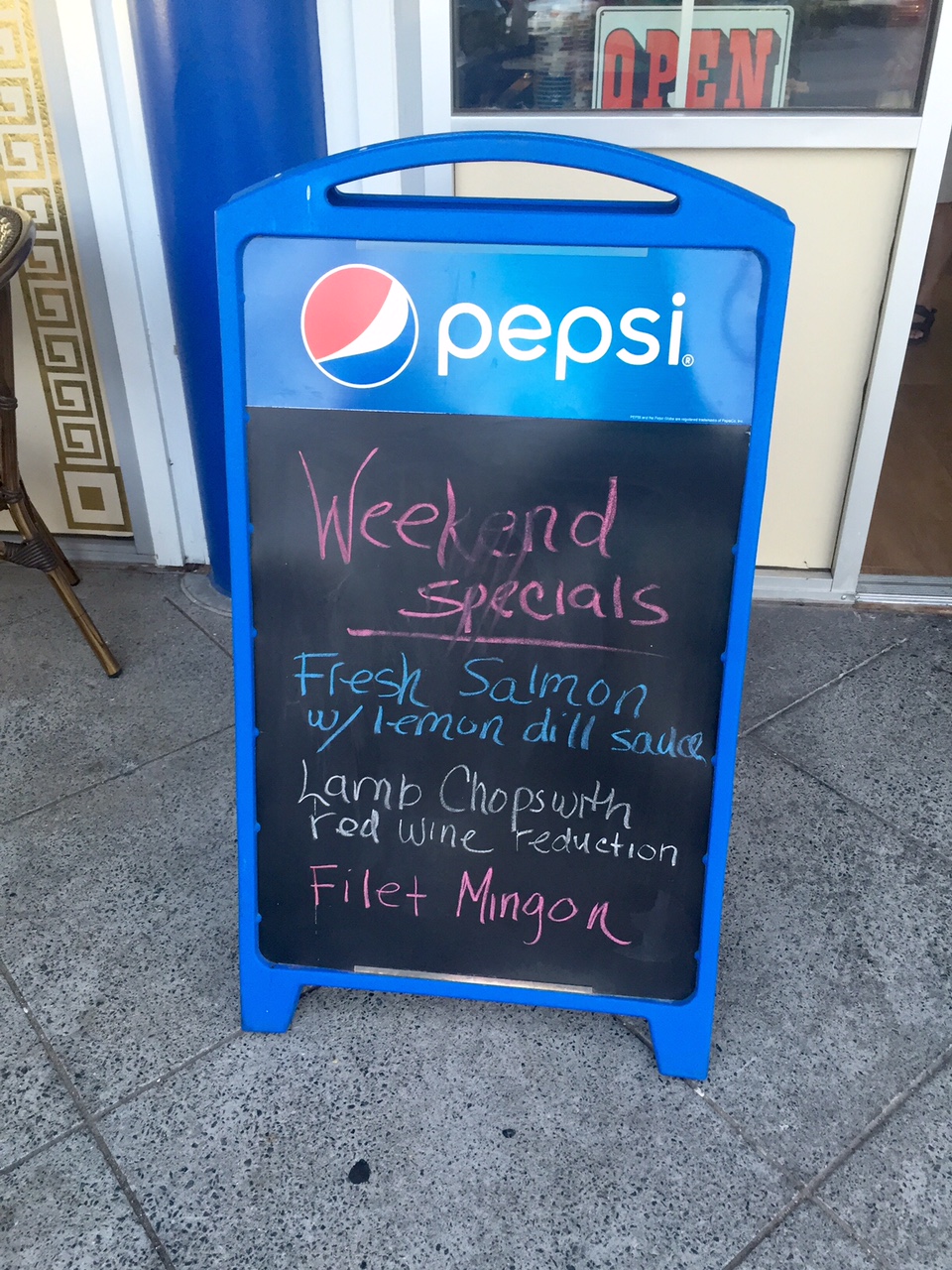 The kitchen is a huge upgrade but the changes don’t stop with the entrees themselves. What better to accompany the meals than beer and wine? Not just any beer or wine, but local treasurers. Currently on tap, Spiro’s Greek Cafe proudly offers six different craft beers brewed right here in Coronado by Coronado Brewing Company. The wine selection is currently from Fallbrook Winery, less than an hour North of Coronado. 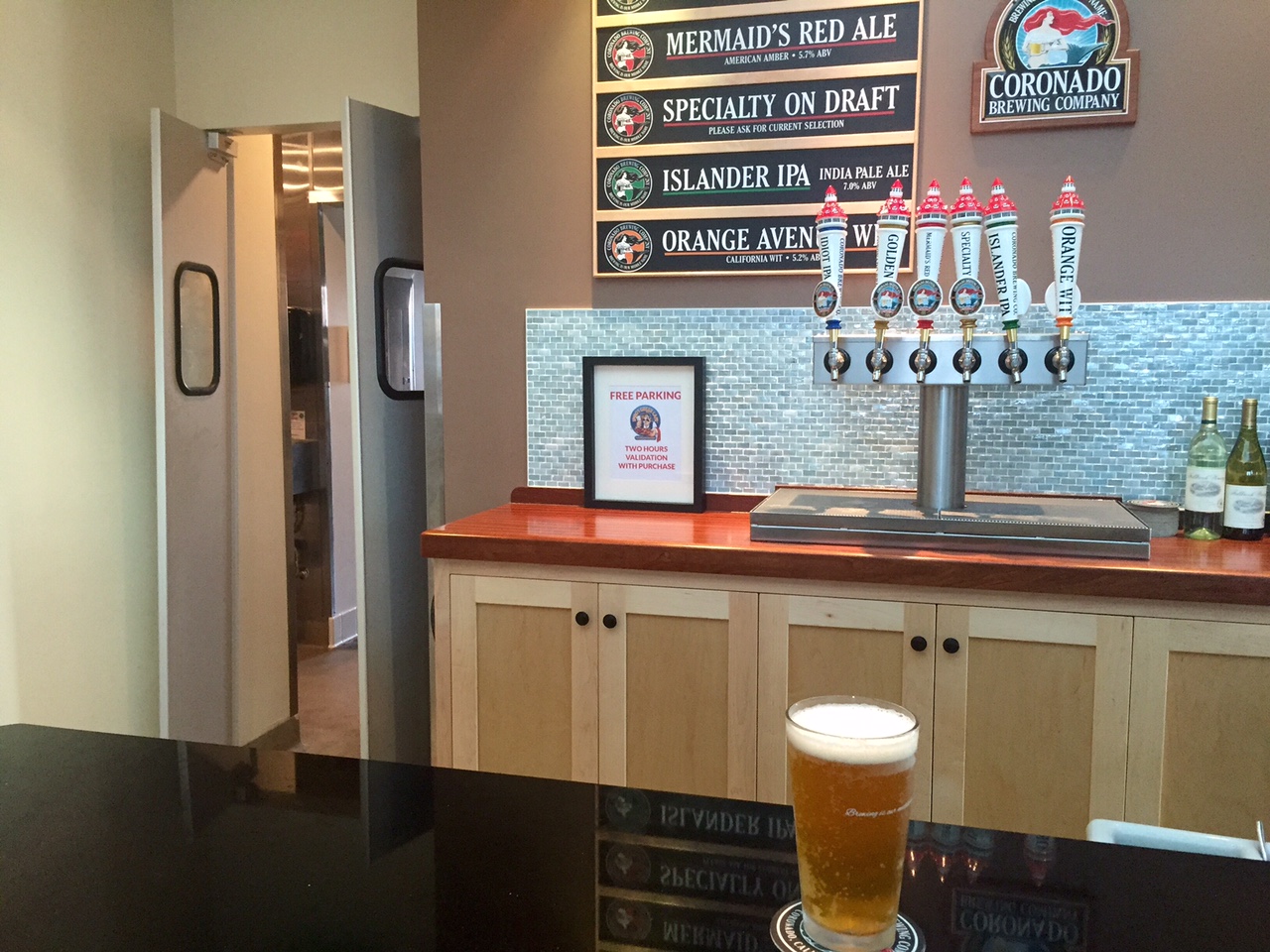 Since the July 21st re-grand opening, Spiro’s Greek cafe has been able to accommodate three to four times the business they were able to wait on before and the plans for business expansion don’t stop there. The cafe just the week catered to the San Diego Padres after their game at Petco Park and more catering projects are on the way. Big events are really looking to be another huge component of the Greek restaurant, not just outside of it, but inside as well. The cafe can hold up to 100 people which lends itself to the possibility of private events or wedding parties which is convenient for couples who get married at the ferry landing and would like somewhere close by with large portions of delicious food to continue to celebrate their big day. 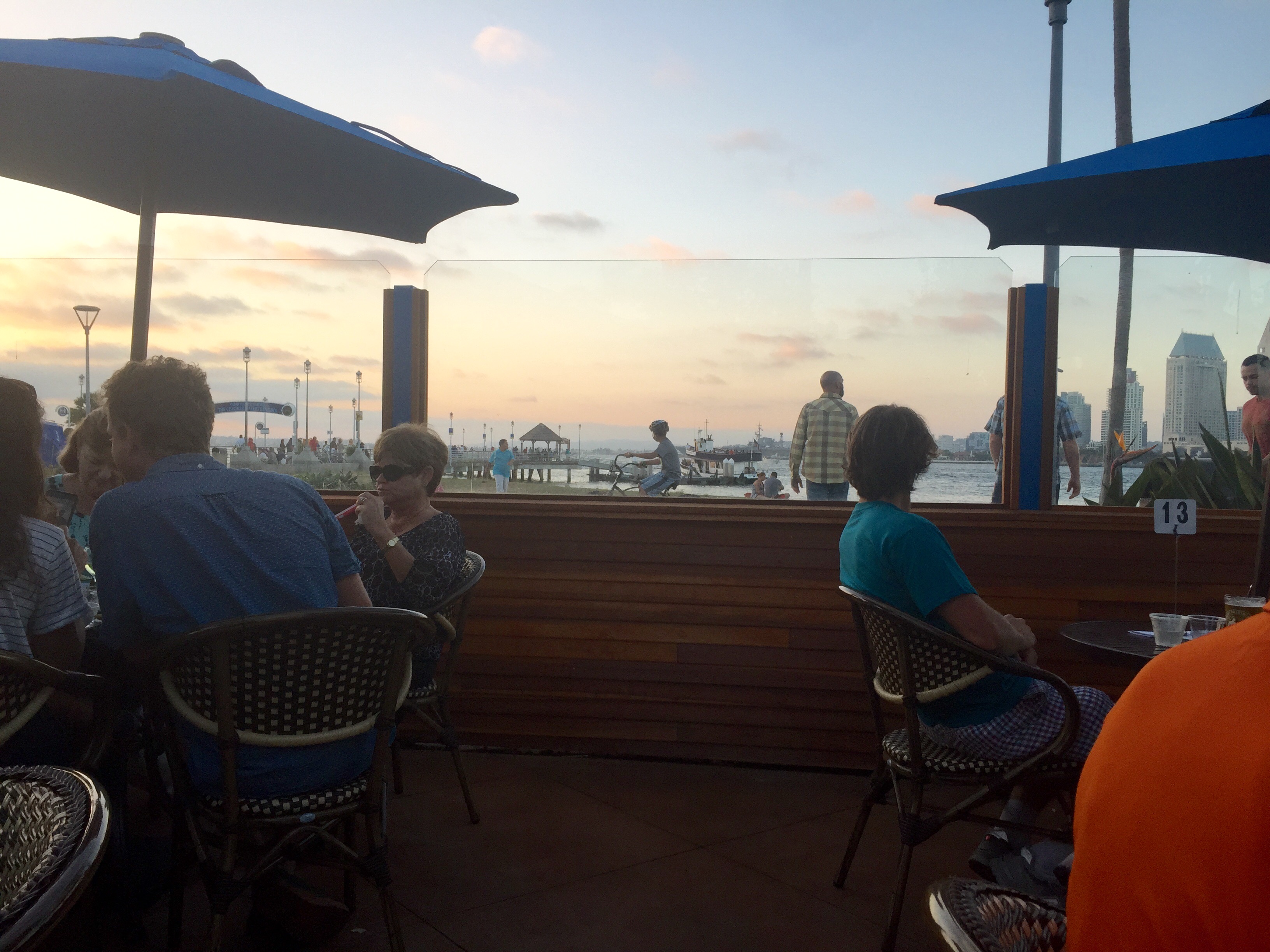 On an average day, however, Spiro’s Greek Cafe tends to remain the same Greek cafe people have enjoyed for the last seventeen years. The military crowed is inclined to devour meals like the Europlatter together during week day afternoons and the tourist fresh off the ferry soak in the bay view and chow down on the international dishes. The locals can be found most often during Happy Hour Monday – Thursday from 3-5PM, as well as staying the enjoy live music on Friday evenings. Coronado local, Greg, who dined in at the newly remodeled Spiro’s Greek Cafe says, “The chicken kabob was really delicious. I love the seating arrangements, I like the ambient lighting for when it gets dark out.” 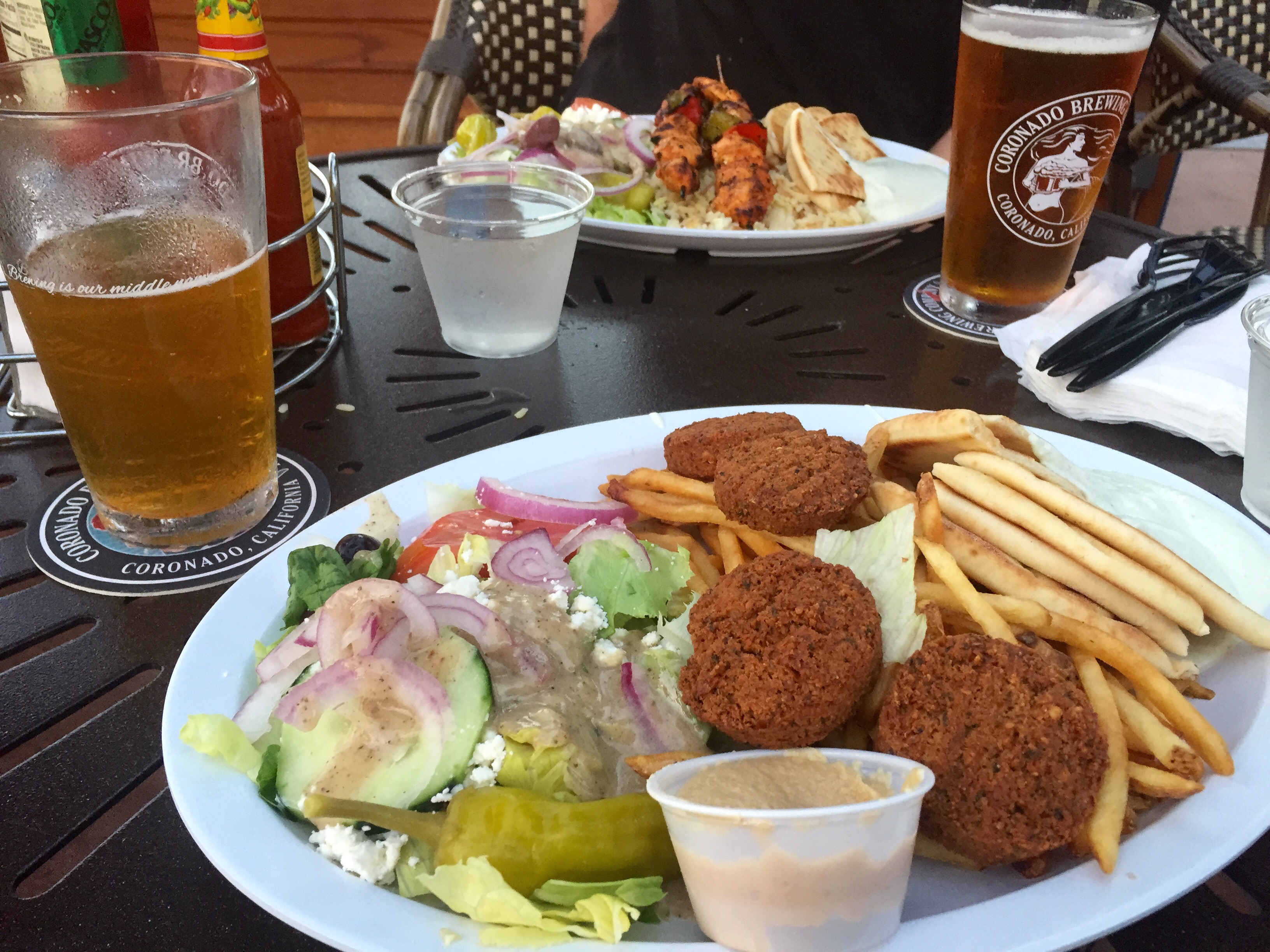 Spiro’s Greek Cafe stands to continue be the leaders in San Diego Greek food, while staying true to Coronado lifestyles. The prices are affordable, the qualities are large, and dogs are welcome inside and on the patio with water and treats. Come see for yourself the beautiful remodel and enjoy the Greek food you’ve been coming for since the beginning. 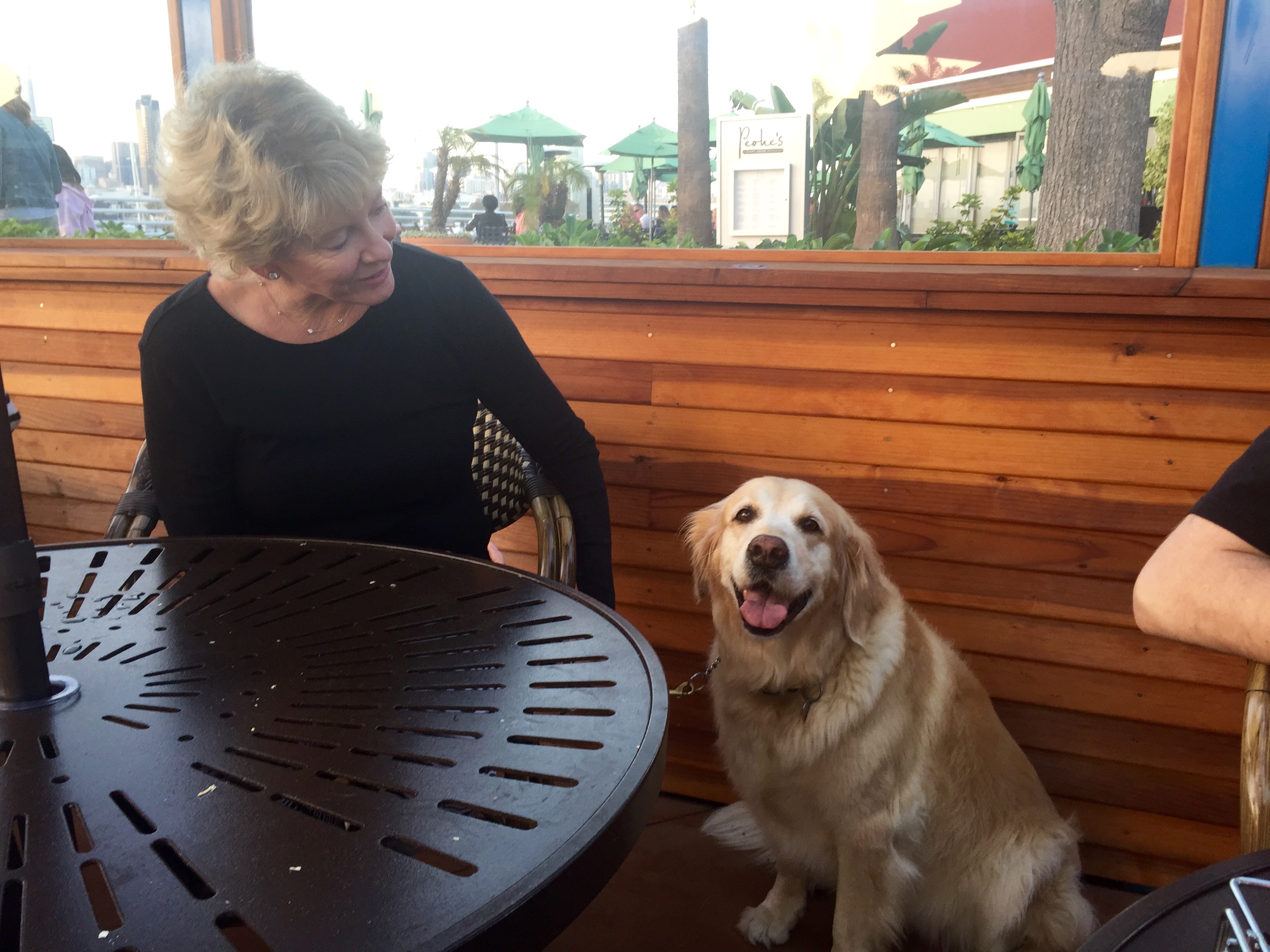 For more information on Spiro’s Greek Cafe check out their website at http://www.coronadogreekrestaurant.com/ or go in person at 1201 1st Street.

There is no place like “Home in Coronado for the Holidays” and the City is working on plans for free activities for the entire...
Read more
Obituaries

The pandemic has undoubtedly shaken up business at most restaurants. Coronado's Tent City Restaurant used this time as an opportunity to make improvements. Preston...
Read more
Crime

The information below is provided weekly from the Coronado Police Department and then summarized for publication. Crimes Reported: Restraining Order Violation on B AvenueTemporary restraining order...
Read more
People

With San Diego County in the state’s Purple Tier, more restaurants are offering outdoor dining. As the weather grows colder, some businesses hoping to...
Read more

Lamb's Players Theatre has been closed since March, mid run of the musical Alice. When the show's run was cut short, the cast got...
Read more
People

Coronado kids Jack and Grace Elardo began their business Jack and Grace's Pop-Up Stand four years ago when they were in 3rd and 4th...
Read more
Business

While many businesses have suffered due to COVID-19, some have remained closed for an exorbitant amount of time. As discussed earlier this month, Village...
Read more

There is no place like “Home in Coronado for the Holidays” and the City is working on plans for free activities for the entire...
Read more
Crime

The information below is provided weekly from the Coronado Police Department and then summarized for publication. Crimes Reported: Restraining Order Violation on B AvenueTemporary restraining order...
Read more
Obituaries

They are giving thanks by giving back… Coronadoans are providing 600 Thanksgiving meals today across the bridge to the kids of the Monarch School,...
Read more