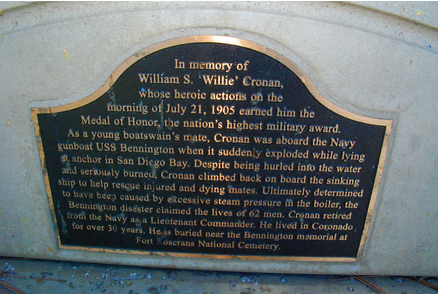 CORONADO, CA (November 6, 2013) – Thousands of motorists a day pass by a narrow Pomona Avenue parkway containing what appears at first to be an ordinary concrete bench. But the bench is actually a memorial to an often forgotten local hero.

Sharing the small triangular parkway with a 60-foot tall Torrey Pine Heritage Tree and a U.S. mailbox, the bench is dedicated to the late William S. “Willie” Cronan, a longtime Coronado resident who survived a boiler explosion aboard the USS Bennington in 1905 then worked tirelessly to help his injured shipmates. The accident killed 66 men, making it one of the Navy’s worst peacetime disasters. 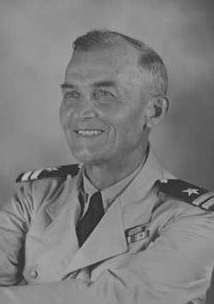 For his heroism, Cronan was awarded the nation’s highest military award, the Medal of Honor, for peacetime bravery. The City of Coronado is sharing Cronan’s story to let residents know more about his place in history. The City will decorate the memorial bench in time for Veterans Day, November 11, to call attention to the site.

It is surely not lost on Coronado residents, many of whom are veterans or active duty military, the significance the Medal of Honor holds. The medal is awarded by the President of the United States in the name of Congress only to those serving in the U.S. armed forces. Since 1861, 3,463 have been awarded. There are 79 living recipients, according to the Congressional Medal of Honor Society.

“We are honored to be the home of many veterans and we are especially proud of Mr. Cronan and his heroic acts 108 years ago,” Coronado City Manager Blair King said. “We hope Coronado residents remember this veteran’s important contribution to his country and help us share his story.”

A bronze plaque on the bench describes Cronan’s heroic actions on the morning of July 21, 1905, when the Bennington suddenly exploded while anchored in San Diego Bay. It states: “Despite being hurled into the water and seriously burned, Cronan climbed back on board the sinking ship to help rescue injured and dying mates.”

The accident, caused by excessive steam pressure in the boiler, killed most of the men outright and injured nearly everyone on board. As the crew, many below deck, prepared to sail, a boiler explosion sent steam spraying through the living quarters and men flying from the blast. Only 46 men survived; 11 were awarded the Medal of Honor for “extraordinary heroism displayed at the time of the explosion.”

Cronan would tell the San Diego Union newspaper in 1953 that he was blown clear of the ship when it exploded. He said he swam toward the anchor chain, past portholes lined with screaming trapped men. He said he “started pulling men out of the hold. Many of them had been blinded.”

Naval Base Coronado Capt. Christopher E. Sund said it is important to remember the service all veterans have provided because it has allowed this country to prosper.

“Naval Base Coronado is fortunate to have so many veterans right here in the community of Coronado,” Sund said. “What each veteran has in common is faithful service for the good of our country and in the defense of our nation. While many have enjoyed the freedoms of America, the veteran is the one who fought for those freedoms.” 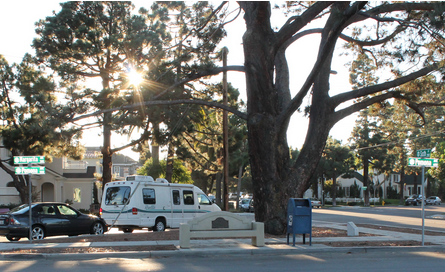 Most of those killed in the Bennington explosion are buried in Fort Rosecrans National Cemetery, where the victims are commemorated with a tall granite obelisk dedicated to the men who lost their lives in San Diego Harbor that day. The USS Bennington Monument was dedicated on January 7, 1908.

Cronan was born October 23, 1883, in Chicago, Illinois. After joining the Navy, he was stationed aboard the Bennington as a boatswain’s mate. He retired from the Navy as a lieutenant commander and lived in Coronado for 30 years. He died in 1959. He is buried in Fort Rosecrans National Cemetery near the main entrance on the west side.

If you find yourself on Pomona Avenue where it crosses Sixth Street and Margarita Avenue, and have a few minutes to spare, consider checking out a little known but significant memorial to a Coronado resident, who back in 1905 received the nation’s highest military award.