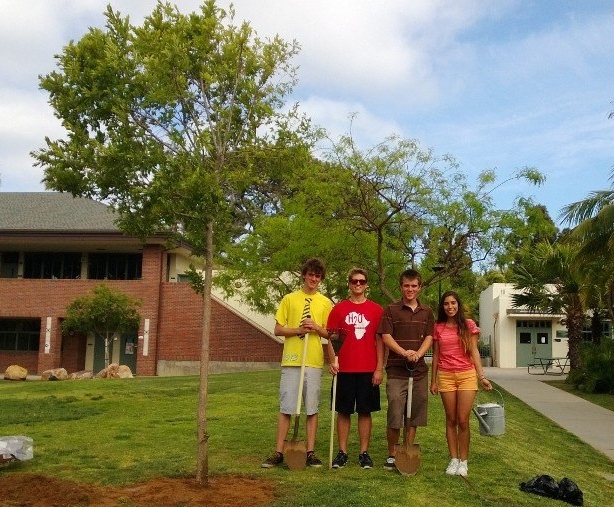 Seniors from the class of 2013 planted a living legacy on the Senior Lawn over Memorial Day weekend. With graduation a few days away a group of seniors, headed by Jason Vance, wanted to leave their mark on campus. The effort resulted in a 10 foot Chinese Elm taking root close to the 500 building (also known as the math/history building).
It all started with an idea about three weeks ago, when the senior class was deciding on the gifts they would leave behind when they graduated. Jason Vance, heading off to UC Santa Cruz in the fall, wanted to plant a tree so that his class could have something that would last a lifetime on campus. After researching for an appropriate fit, going through the proper approval process involving ASB, class officers, and principal Karl Mueller, the group headed to Evergreen Nursery in North County to pick up the tree. Then the group of determined students harnessed the tree onto a borrowed pick-up truck and made the slow journey down to the high school.

After digging a four-foot hole, Jason Vance, Joseph Pack, Connor Wertz, and Bianca Valle hoisted the 400 pound tree from the truck into the ground where it stands now. The five hour labor of love left Vance satisfied with the Seniors’ living legacy. “My goal was to give my class its own special place on campus. Soon the tree will be providing shade for future Islanders, and hopefully this project will start a tradition where graduating seniors will continue to give something back to Coronado High School,” said Vance. 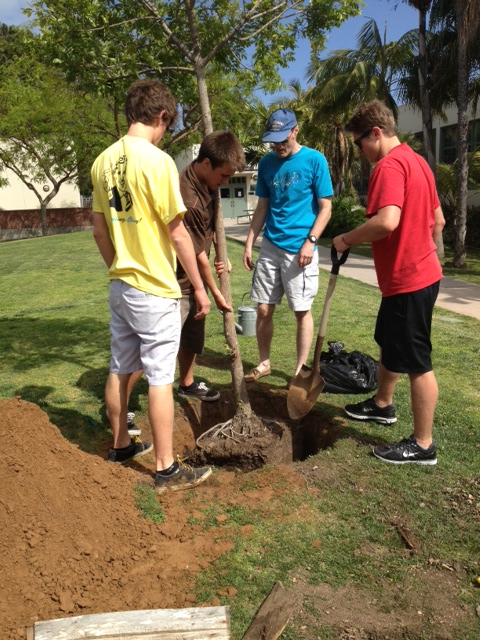 More families are finding themselves homeschooling or considering homeschooling this school year. As a response to this trend, Coronado Public Library has compiled homeschool...
Read more
Education

With the virtual start of the 2020-2021 school year, my high school career did not begin as expected. Instead of bustling hallways, piles of...
Read more
Education

We welcomed our first cohort of students back on campus this week! As we monitor this first phase, we are actively planning for the...
Read more
Education

The Coronado Public Library will host a talk by Greg Kaplan, author of Earning Admission: Real Strategies for Getting into Highly Selective Colleges on...
Read more
Education

Do you have a star in the making at home? Coronado Public Library proudly presents a new online drama series for youth participants, ages...
Read more
Education

The Coronado Unified School District Board meeting was held at the district offices on Thursday, September 10th at 4pm. The topic of the hour?...
Read more

Calling Coronado Visual and Literary Artists This event is for you - Don't Miss it! ...
Read more

The Visual Art Department at Coronado High School would like to invite you to the first ever Chalk Art exhibit taking place in the...
Read more

Calypso Café, a family-owned and operated restaurant nestled in the quiet Coronado Cays, is looking to hire full-time chefs, one for the breakfast shift...
Read more